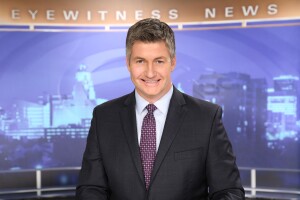 Jeff joined Channel 7 in 2003 as a sports anchor/reporter and was promoted to Sports Director in December 2007. Transitioning from sports to news in 2015, Jeff enjoys his role as an anchor and reporter as a part of the 7 Eyewitness News team. A native of Rochester, Jeff was excited to get back to Western New York after serving as Sports Director and anchor for the ABC affiliate in Kearney, Nebraska, where he was honored with the Associated Press award for “Top Sportscast” in the state. He was also the recipient of six Nebraska Associated Press Awards in his time there.

After graduating from SUNY Fredonia in 1997, Jeff got his start in broadcasting in Jamestown, NY as a sportscaster and reporter for Time Warner Cable Channel 8 from 1998-2001.

Jeff, his wife Misha, and two young children make their home in Buffalo. Jeff and his family enjoy spending time with friends and exploring all that Western New York has to offer.