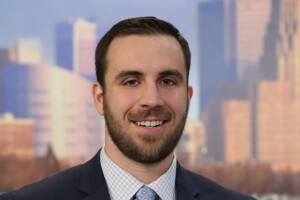 Matt is a lifelong native of Western New York and a proud graduate of both Niagara Wheatfield High School and Buffalo State College. While at Buff. State Matt earned his degree with honors in journalism, with an accreditation in sports journalism.

Starting at Channel 7 in 2013, Matt was hired as an editor and photographer. In the spring of 2014 Matt became a general assignment news reporter, working on various shows, including two years on 7ABC’s morning show. In the fall of 2016 Matt made the transition to sports, where he will focus on the Sabres, Bills and local high school and college sports.

In his spare time, Matt loves to play hockey, eat burrito bowls and work on his at times frustrating golf game.