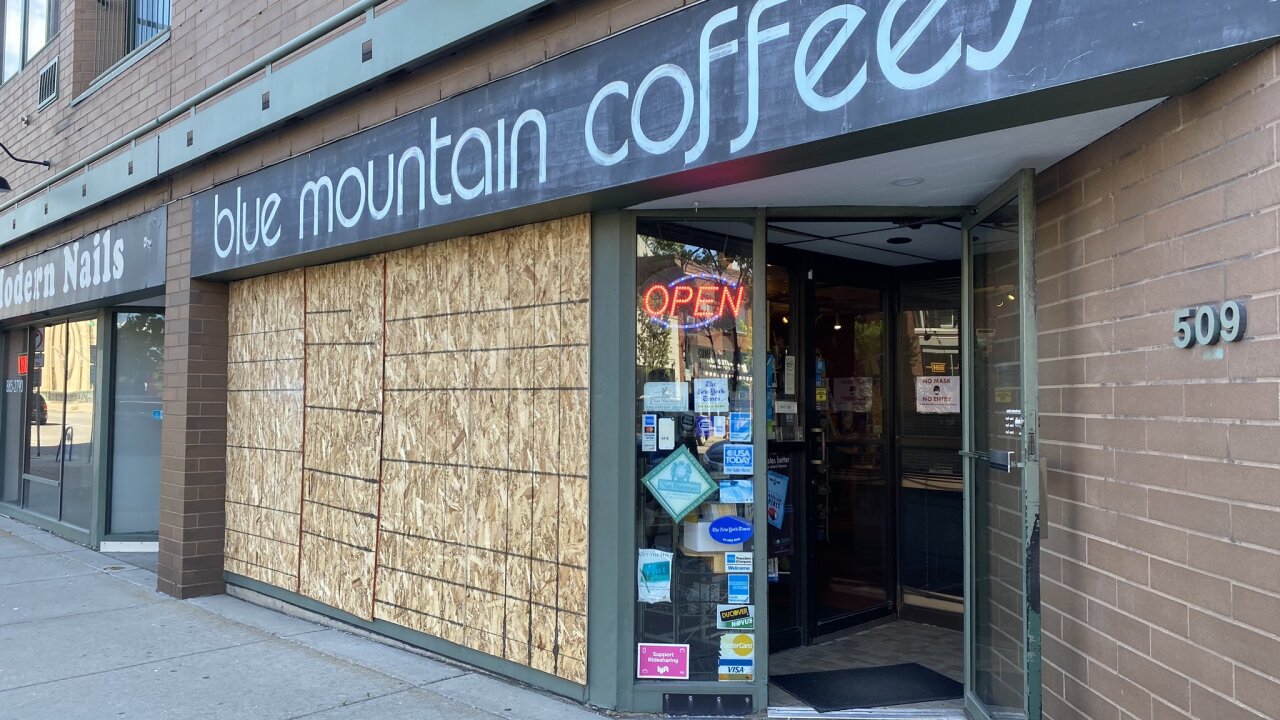 A shattered window is boarded up at Blue Mountain Coffee on Elmwood Avenue in Buffalo following a protest in response to the death of George Floyd.

BUFFALO, N.Y. (WKBW) — During a briefing Sunday afternoon, Erie County Executive Mark Poloncarz announced a curfew for the entire county starting at 9 p.m. on Sunday and concluding at 6 a.m. on Monday.

Essential workers are not affected by the curfew order.

The announcement marks the second night of curfews in the county following protests on Saturday in response to the death of George Floyd in Minneapolis. Although the protest started peacefully, by midnight, several businesses had been vandalized on Elmwood Avenue, Niagara Street and Grant Street. Windows were broken, and looting was reported. In addition, Niagara Square was vandalized and a fire was set inside Buffalo City Hall.

"We do have some indication from law enforcement professionals that there are some individuals who are going to try to cause problems in our community tonight," Poloncarz said. Poloncarz said there was no indication a protest was planned, however. He added the intelligence indicated the problems may not be limited to the City of Buffalo, but that some action may be taken in suburban areas.

Cleanup started in the city around 3 a.m. on Sunday. Volunteers have been at work throughout the day cleaning and repairing. The Elmwood Village Association has started a fundraiser for businesses affected.