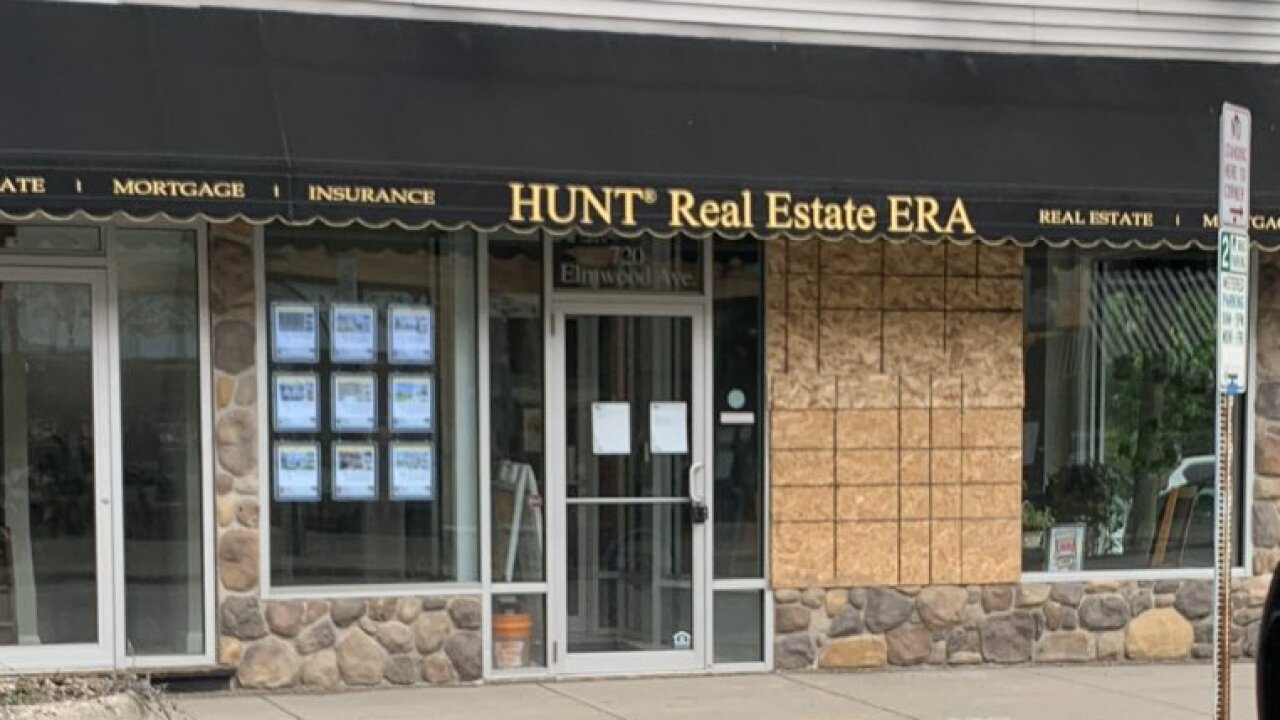 A shattered window is boarded up on the HUNT Real Estate building on Elmwood Avenue in Buffalo on the morning of May 31, 2020. The business was one of several damaged during a protest in response to the death of George Floyd in Minneapolis.

BUFFALO, N.Y. (WKBW) — The Elmwood Village Association (EVA) has started a fundraiser to support businesses that were damaged in Saturday night's protest in Buffalo.

During the protest in response to the death of George Floyd in Minneapolis, several businesses along Elmwood Avenue experienced smashed windows and vandalism.

Driving along Elmwood Ave in daylight this morning and about a dozen businesses have their storefronts boarded up after having windows smashed in. Smashed Bank of America windows still exposed. @WKBW pic.twitter.com/yhLHMsIdVs

In addition, the EVA has reported on social media that Campus Wheelworks, the old Yotality, Elmwood Pet Supplies, Thirsty Buffalo and the American Repertory Theater of WNY.

The EVA is calling the campaign the "Glass ain't Cheap Fundraiser." It has placed a donation page on its website for anyone interested in donating.