State of emergency in effect for Erie County; curfew from 10:30 p.m. to 7 a.m. due to protests 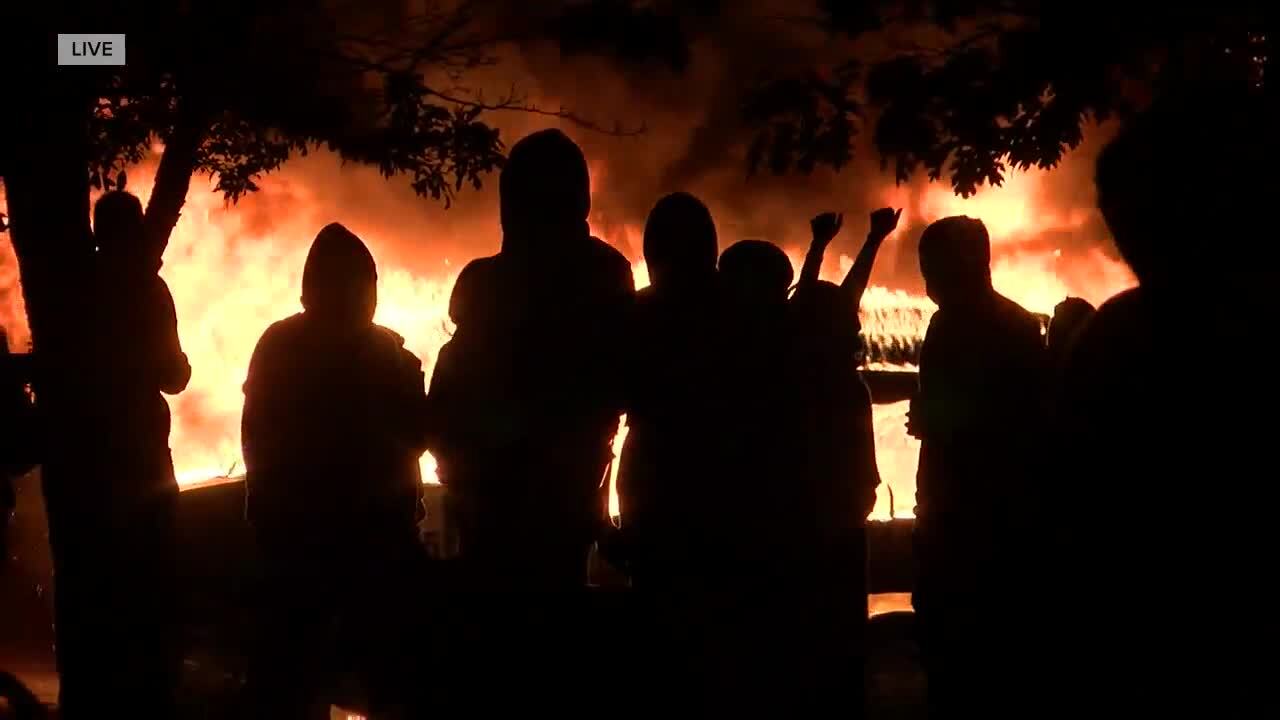 Protesters react to a van ignited in flames in Niagara Square in Downtown Buffalo on May 30, 2020. A state of emergency and curfew were declared in response to protests following the death of George Floyd in Minneapolis.

BUFFALO, N.Y. (WKBW) — Erie County Executive Mark Poloncarz has announced a countywide state of emergency and a curfew from 10:30 p.m. Saturday night through 7 a.m. Sunday morning due to the protests in the City of Buffalo following the death of George Floyd in Minneapolis earlier this week.

Poloncarz says the implementation of the curfew and state of emergency came after discussions with City of Buffalo Mayor Byron Brown and Governor Andrew Cuomo.

"If you are on the streets," Poloncarz said, "you are subject to potential arrest."

Mayor Brown said in a news conference with Poloncarz late Saturday that looting and vandalism had happened in the city. Brown reported windows were broken at Statler City in Niagara Square and that members of the Buffalo Police Department, Erie County Sheriff's Office, New York State Police and federal law enforcement were "pelted" with rocks and bottles. In addition, looting and vandalism was reported on Niagara Street and on Grant Street.

Both Brown and Poloncarz indicated some members of the protest were not from the city.

"There are people who are here in this community who are not from this community," Brown said, "and their intent is to create violence and mayhem."

"The vast majority of protesters were peaceful, we expected them to be peaceful," Poloncarz later added, "but we're also getting intelligence that there were individuals coming from outside this area who had nothing but violence on their mind."

Poloncarz said he has been in contact with Monroe County, and that he believes splinter groups sent people to both Rochester and Buffalo "for the sole purpose of inciting violence."

Despite the state of emergency, protesters remained in Niagara Square through 11:15 p.m. Shortly after 11 p.m., a van was ignited in flames. Shortly after, police started to spray pepper bullets and through canisters of apparent smoke or gas in attempt to further enforce the curfew.

On Friday, the former Minneapolis police officer who pressed his knee into Floyd's neck was charged with third-degree murder. Three other officers have been fired in connection to Floyd's death.