Several Bills players stepping up with donations to coronavirus-related causes 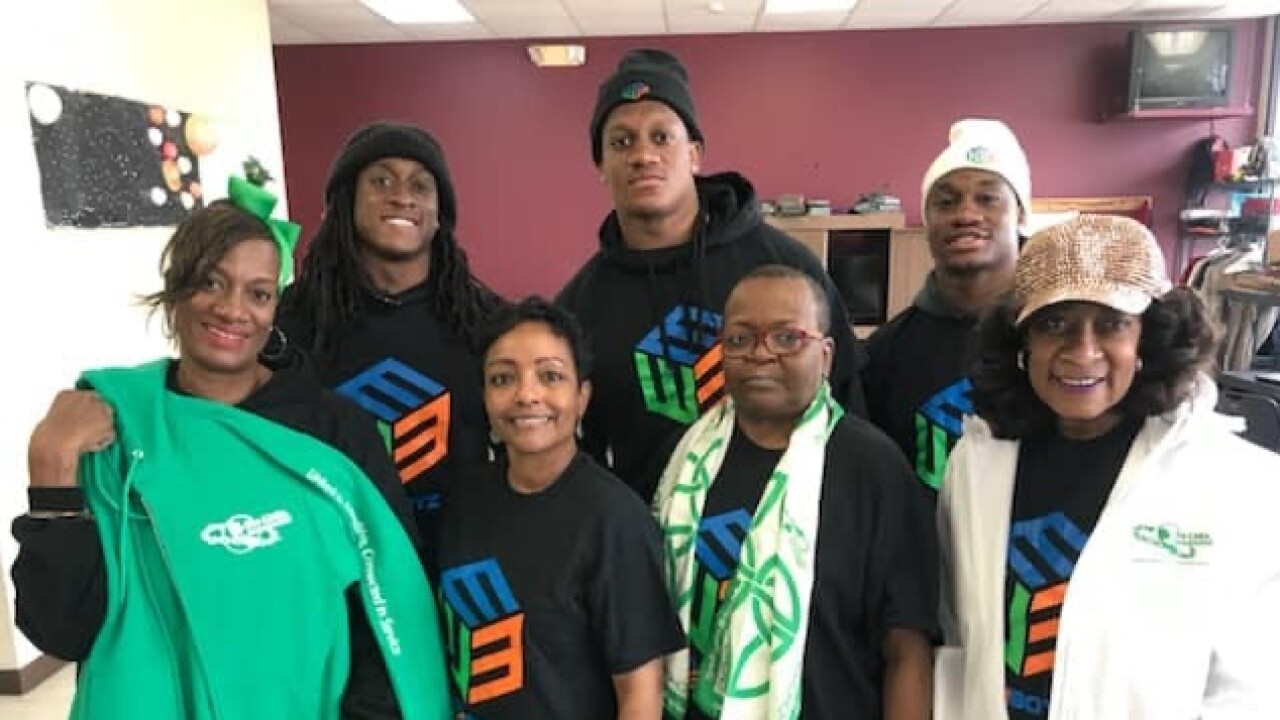 BUFFALO, N.Y. [WKBW] — With a country in crisis, several members of the Buffalo Bills have stepped up both in Western New York and in their hometowns.

"Just to see everybody is happy, everybody is smiling, through a time like this, it’s gratifying to us," Bills captain Tremaine Edmunds told WSET-TV in Danville, Virginia.

Edmunds and his brothers, Trey and Terrell, handed out bagged lunches in their hometown to ensure families would have food during the day.

"This is a tough time right now for everyone around the country," Steelers safety Terrell Edmunds added.

In South Florida, Bills offensive lineman Jon Feliciano and his wife Shannon are donating $25,000 to Meals on Wheels and Feeding South Florida. They are charities near and dear to Feliciano, who as a kid often wondered where his next meal was coming from.

Another #Bills player has stepped up -- @MongoFeliciano & his wife Shannon have donated $25K to Feeding South Florida & Meals on Wheels. When Feliciano was a kid he would sometimes go days without eating so he wanted to make sure he could help those in similar situations @WKBW pic.twitter.com/RaNzunb2c0

"There are a lot of kids and elderly people that aren’t eating," Feliciano told 7 Eyewitness News. "I’ve had many nights where I was drinking like A1 sauce just so I was getting something in my belly. So when my wife brought [these issues] to my attention, it definitely weighed on me and I knew I had to do something.”

Tyler Kroft and his wife Lexi also plan to donate $50,000 to multiple charities in their hometowns, including The Pegula Community Aid fund [in Western New York], along with multiple food banks in New York, Pennsylvania, and New Jersey.

"We know it is important to take of you and yours, we also appreciate how important it is to take care of those around you," Kroft tweeted Thursday. "This is why we chose to donate in our hometown communities. This virus impacts all of us, do your part and we will get through this together."

Last week, center Mitch Morse donated $100,000 to FeedMore WNY, which combines the Food Bank of WNY and the local chapter for Meals on Wheels.

"You take a step back and you realize this is an unprecedented time and who knows if we'll ever see anything like this in our lifetime again," Morse said. "If there is any time to step up I think now is definitely it."