Bills defense dealt blow, starting linebackers Edmunds and Milano are out for Sunday against the Dolphins 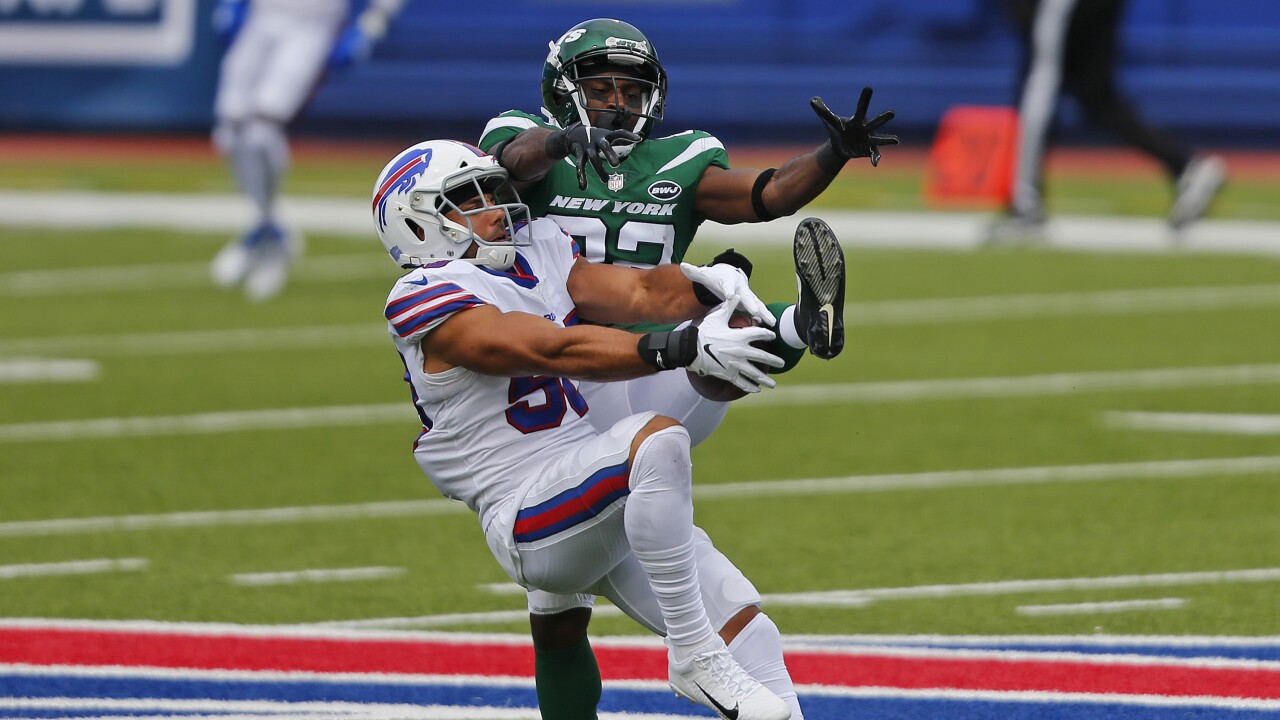 BUFFALO, N.Y. (WKBW) — The Buffalo Bills defense will be missing two key players in the team's Week Two matchup against the Dolphins in Miami on Sunday.

Starting linebackers Tremaine Edmunds and Matt Milano are both listed as out for the game, after suffering injuries in the season opener against the New York Jets. Milano, an outside linebacker, injured his hamstring late in the second quarter. Edmunds, the team's playmaking middle linebacker, suffered a shoulder injury in the third quarter.

While head coach Sean McDermott indicated earlier this week they weren't "long-term injuries," Milano did not practice at all this week. Edmunds was limited in practice and wore the red "non-contact" jersey.

No Tremaine Edmunds or Matt Milano this Sunday for the #Bills, but HC Sean McDermott says they’re taking it a day at a time and neither is bound for short-term IR. @WKBW

The Buffalo Bills take on the Miami Dolphins on Sunday at 1 p.m. at Hard Rock Stadium in Miami.