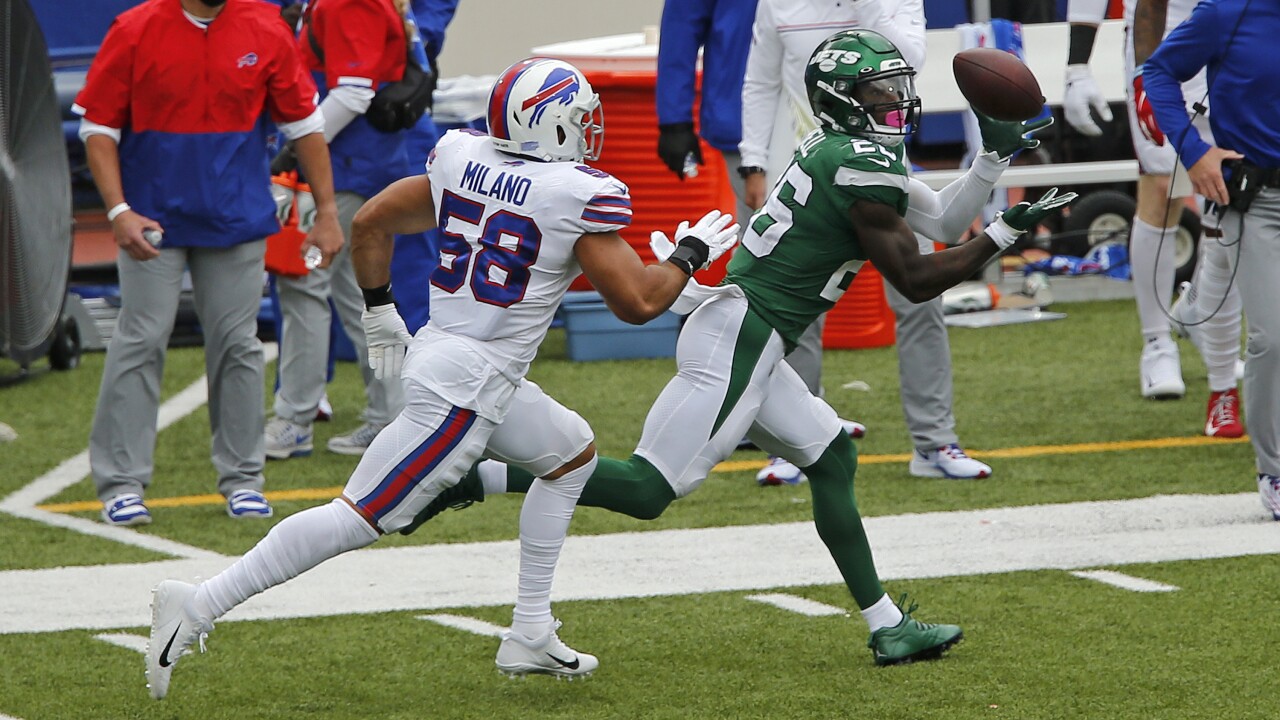 The good news? They don't seem to be too serious.

"They don't appear to be long-term injuries at this point based on what we know," head coach Sean McDermott told reporters Monday evening. "We'll put them in the day-to-day category. We'll update that line as we get information."

Losing Edmunds and Milano was a huge blow to the Bills defense, which remained fairly healthy last season. While the two starting linebackers are leaders, they're also play makers. Milano recorded the team's first interception of the season in the first half against the Jets while Edmunds finished with multiple tackles.

"They're outstanding," defensive coordinator Leslie Frazier told reporters. "You want to keep both on the field and all of a sudden to be without either one of them on Sunday, it was tough. They are vitally important to the success of our defense."

With Milano and Edmunds out for the majority of the second half, AJ Klein, Tyrel Dodson, and Del'Shawn Phillips all saw some time at linebacker. Dodson and Phillips didn't finish the game, suffering their own injuries.