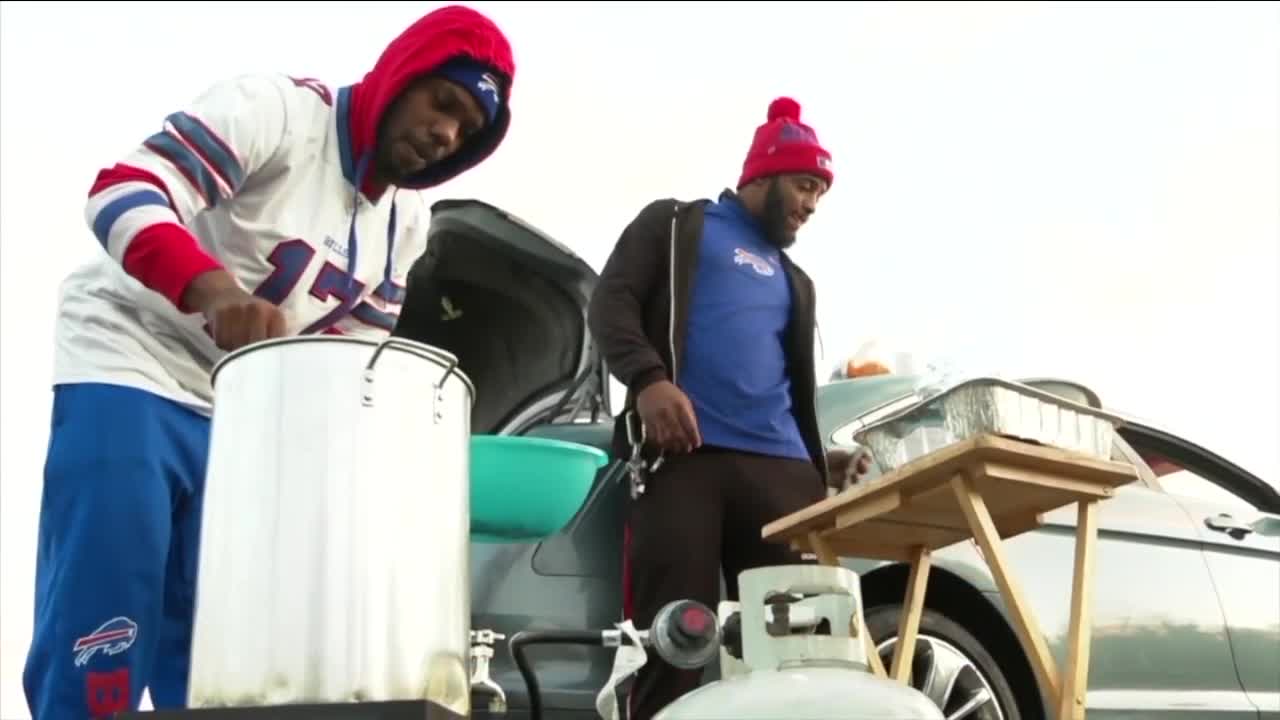 ORCHARD PARK, N.Y. — Tailgating was back for Tuesday night football.

That tailgating didn't happen anywhere near where it normally does. It wasn't even in the same county as Bills Stadium. Hundreds of Bills fans were at Transit Drive-in in Niagara County. They parked their car, stayed in their groups and watched the Bills fall to the Tennessee Titans.

Lot owners around the stadium, who are not allowed to host tailgaters, are wondering why they can't do the same thing?

Eric Matwjiow, the owner of Hammer's Lot, has been hosting tailgates longer than any current Buffalo Bill player has lived.

Erie County officials say lots can't have more than 50 people and can't accept money from people to tailgate. To get around this, Matwjiow is considering hosting a small tailgate, maybe as soon as Monday, and give all proceeds to charity. Similar to what happened at the Transit Drive-in. The proceeds there went to help fighting breast cancer.

“We did a practice tailgate a little while ago, social distancing, it's not that complicated,” said Matwjiow. “I have no problem kicking people off my lot if they don't listen to me.”

Erie County Executive Mark Poloncarz has said, no private tailgating until the state allows fans in the stands. The state hasn't changed its stance on fans at games.

“Give us a chance, you know, if you see something, alright, then shut us down,” added Matwjiow. “Just don't treat us like babies all the time.”

Governor Cuomo has said he plans on visiting Bills Stadium to see how fans could attend. No word on when that visit will be.