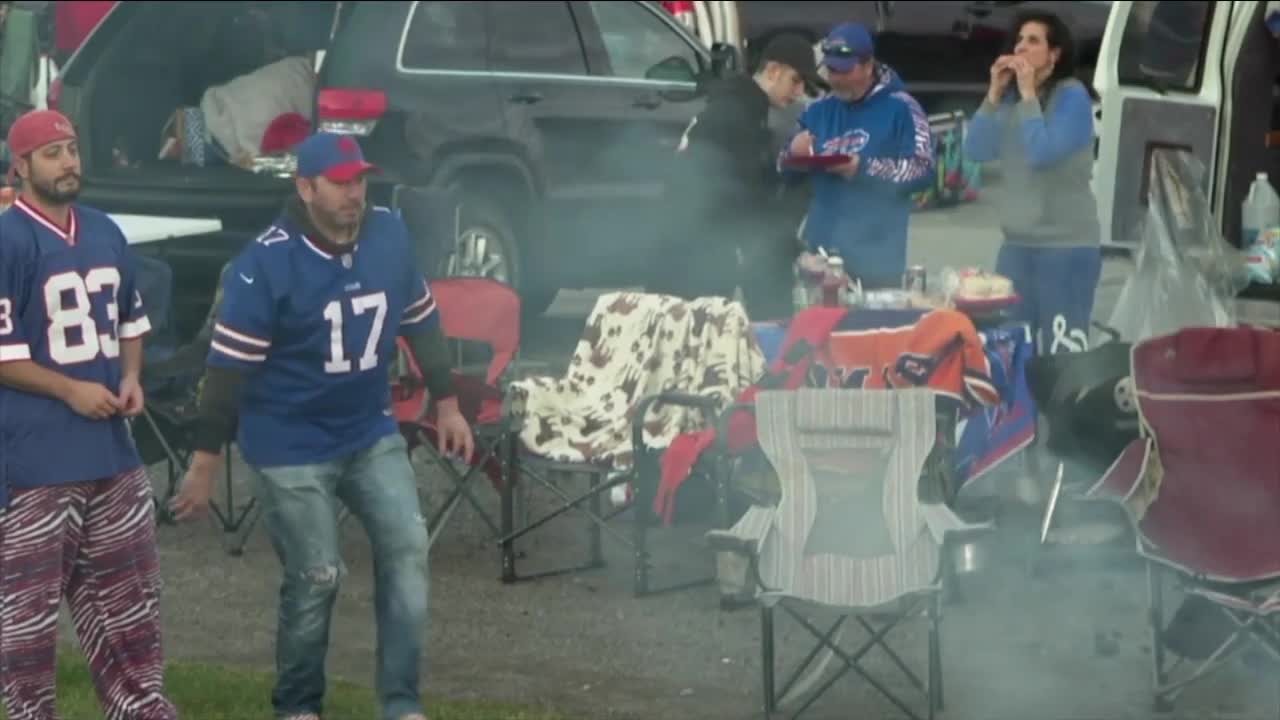 LOCKPORT, N.Y. (WKBW) — One hundred cars lined into the Transit Drive-In in Lockport on Tuesday. The people inside those cars came to watch the Buffalo Bills on the big screen and tailgate before the game starts.

Since, you can't charge people to show a live NFL game, the watch party is actually a fund raising party. Each car cost $70. Tuesday, the drive-in took in $7,000. All the money goes to fighting breast cancer.

This is not the first time the drive-in has hosted a tailgate party. The owner says they did this last in 2015. He says he would host more of the parties, if the Bills had more night games.

The drive-in encourages socially distant tailgating, with people staying with their own groups, six feet apart.