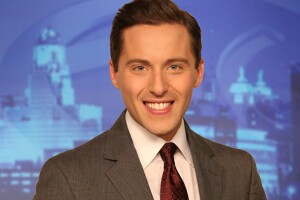 After three years at a cross-town rival, Ed Drantch is now part of the 7 Eyewitness News team, serving as an anchor/reporter.

Ed is a New York State Regional Emmy nominee. He was nominated for a story on race relations in the City of Buffalo. The New York State Associated Press has also recognized him for outstanding work. In 2013, Drantch was awarded a special mention for Excellence in Individual Reporting.

Before his 2011 move to Buffalo, Ed spent three years in Harrisonburg, Virginia. At WHSV-TV, Ed was part of the award-winning “Daybreak” morning show. He also anchored and produced the News at Noon.

Prior to his time in Virginia, Ed worked as an online correspondent for FOX 5, WNYW – the FOX owned and operated station – in New York City. Spending nearly a year in online journalism, Ed built a foundation for his career, learning and using social media and other online tools to connect with viewers.

In 2008, Ed attended the final Presidential Debate at Hofstra University. Not only was he covering the event for the station’s website, Ed was live-blogging for the entire Fox Interactive Media platform, garnering him national attention.

A Communications and Media Studies graduate of State University of New York College at Oneonta, Ed spent the months before his senior year interning at WABC-TV – the ABC owned and operated station – in New York City.