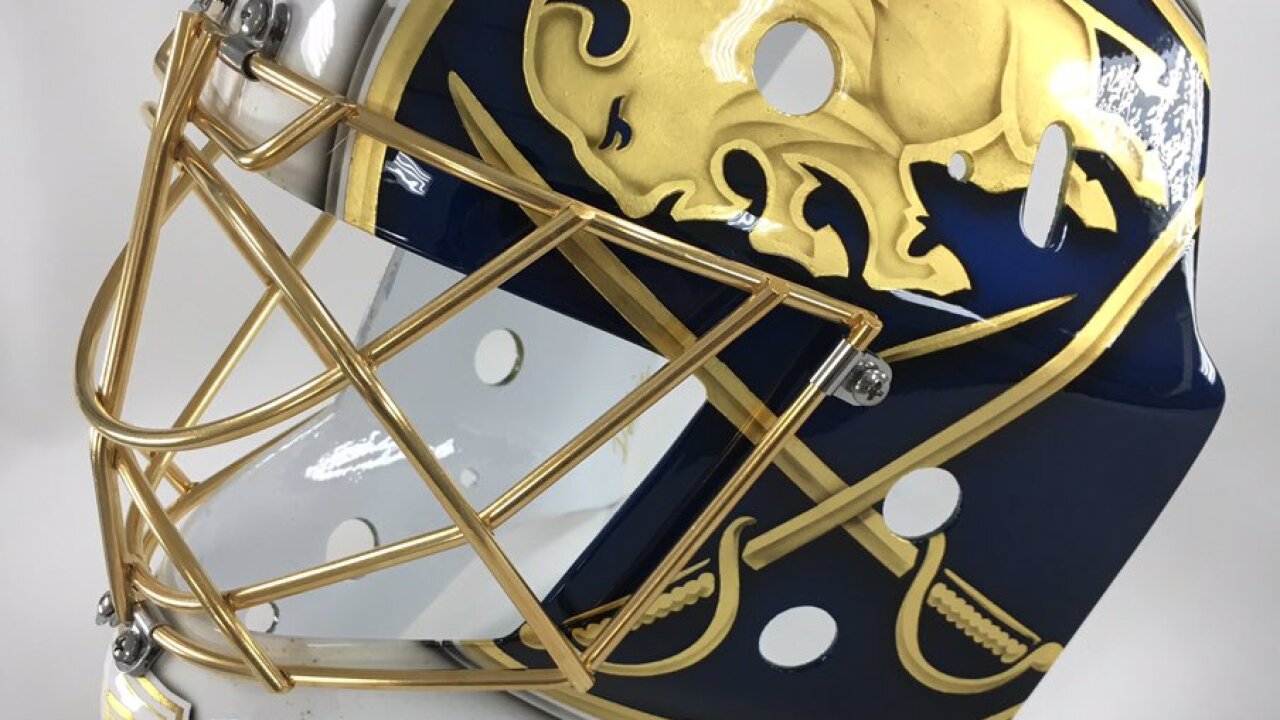 BUFFALO, N.Y. (WKBW) — When the Buffalo Sabres unveiled their "going gold" jersey in August, it turned lots of heads; including that of Sabres starting goaltender Carter Hutton.

Both the Sabres and Hutton hope the new mask will contribute to a more successful second season in navy and gold.

Hutton signed a three-year deal with the Sabres last season with an average annual value of $2.75M per season.

The Sabres will wear their gold jersey 13 times this season, beginning with the home opener on October 5th, against the New Jersey Devils.