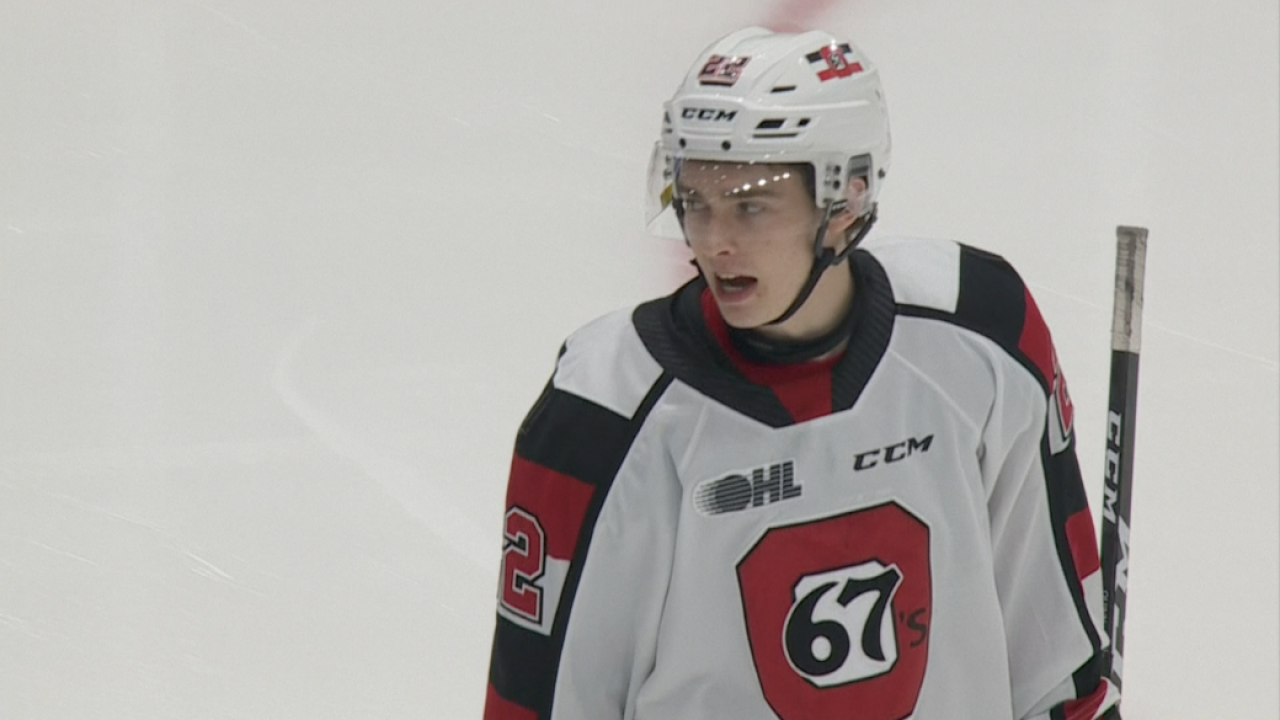 Jack Quinn was taken with the eighth overall pick by the Buffalo Sabres.

Here are the players joining the Buffalo Sabres organization

Last season in 62 games, the forward had 52 goals for the Ottawa 67s, and said he's looking forward to being part of a, "great sports town," in Buffalo.

Quinn will have a decent shot at making the Sabres roster out of training camp.

Last season as a 17 and 18-year-old, Peterka recorded 11 points in 42 games in the German league, while playing among adults.

Peterka is currently playing EC Salzburg in the Austrian Hockey League on loan from EHC Munchen, where he has two goals in two games.

Constantini, 18, is 6' and 173 pounds, and grew up just across the border in St. Catharines, Ontario and recorded 68 points in 50 games last season with the Buffalo Jr. Sabres of the Ontario Junior Hockey League.

Constantini is scheduled to play for the Penticton Vees of the British Columbia Hockey League this season.

The forward has committed to play at the University of North Dakota during the 2021-22 season.

Lyckasen most recently played for Linköping HC J20 in Sweden's junior league where he had 36 points in 43 games.

The defenseman will play for HC Vita Hasten in Sweden's second league.

Seventh round, 216th overall pick: Jakub Konecny, F, HC Sparta Praha U20 (Czech U20)
With the second to last pick of the 2020 NHL Draft the Sabres selected forward Jakub Konecny.

Konecny is playing for HC Sparta Praha of the junior league in the Czech Republic.

So far this season, Konecny has 13 points in nine games.