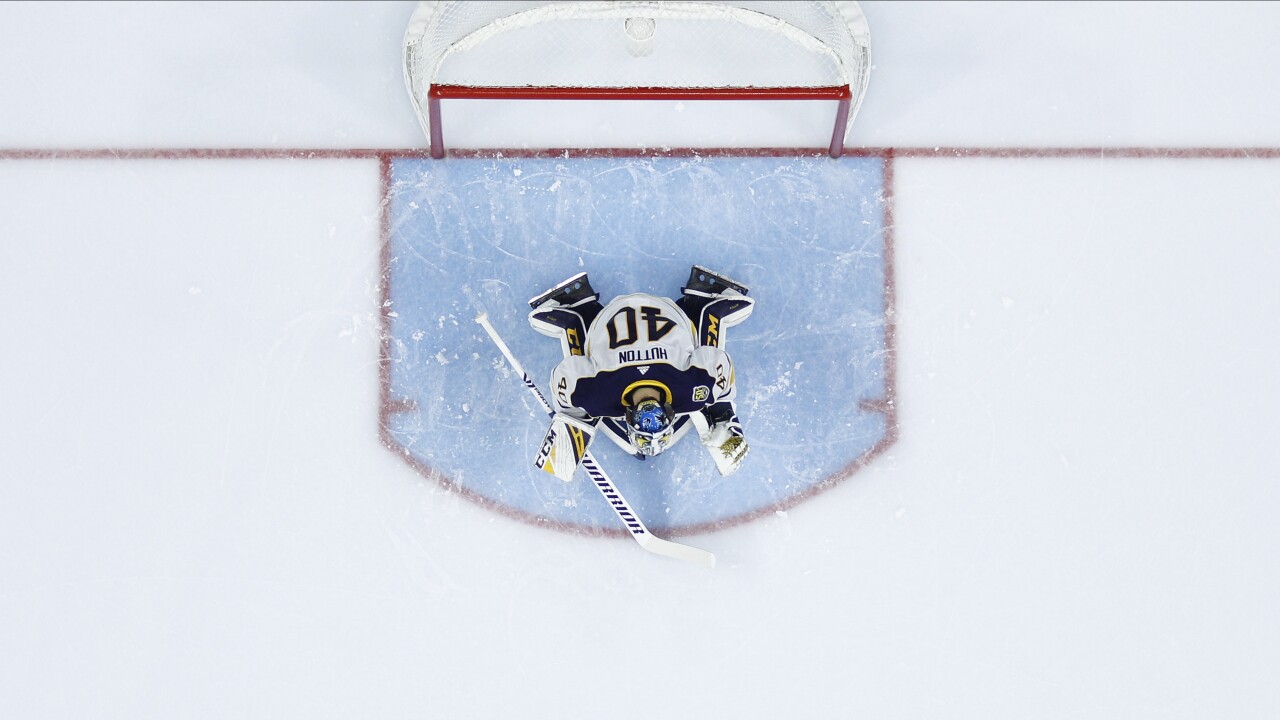 BUFFALO, N.Y. [WKBW] — Despite the National Hockey League announcing a plan to return to play, the Buffalo Sabres season has come to an end. On Tuesday, NHL commissioner Gary Bettman announced the leagues plan to use a 24-team playoff format to determine the 2020 Stanley Cup Champions.

Despite eight extra teams making the postseason, the Sabres find themselves on the outside looking in. This will be the Sabres ninth straight season failing to qualify for the playoffs, the longest active drought in the NHL.

The Sabres will finish 2019-2020 with a 30-31-8 record [68 points], putting them three points behind the Montreal Canadiens, who were the last team from the Eastern Conference to have their season extended. After stringing together some wins and making a few moves at the NHL trade deadline, the Sabres lost six of their final seven games.

It’s truly remarkable how far the Sabres have fallen. This will now be their ninth straight season failing to make the playoffs. Before the start of this current drought, the Sabres had never gone more than three consecutive seasons without qualifying for the postseason. Let that sink in for a bit.

Making matters even worse, the 2019-2020 Sabres had one of the best players in the NHL and still couldn’t make a 24-team playoff. Jack Eichel finished this season with 78 points in 68 games and was believed by many to be a contender for the Hart Trophy, awarded to the league's most valuable player.

Along with Eichel, the Sabres had Victor Olofsson added to their roster this season, who will likely be one of the three finalists for the Calder Trophy, awarded to the top rookie in the NHL. Despite missing 15 games, Olofsson tallied 20 goals and 22 assists in his first full NHL season.

Rasmus Dahlin, the No. 1 pick from the 2018 NHL Draft, also built off a successful rookie campaign. In his second full season, Dahlin had 40 points in 59 games. Not bad for someone who played the entire season as a 19-year-old.

Yet despite the success of the three aforementioned players, the Sabres still couldn’t put together a winning season or even an average one. There are plenty of people who could fall on the sword after another bad season but Jason Botterill should be pretty high on that list.

Plain and simple, this team wasn’t built well enough to compete. Once again, the Sabres were a front-loaded team offensively that got very little production from their second and third lines. Defensively, they relied too heavily on players who were asked to do too much.

The players needed to be better and should get some of the blame. But the roster construction had major cracks in its foundation. With the current climate in pro sports, I’d be shocked if the Sabres made a front-office change. On Tuesday, co-owner and team president Kim Pegula told John Wawrow of the Associated Press, Botterill would be back next season.

“I realize, maybe it’s not popular with the fans, but we have to do the things that we feel are right,” Pegula said. “We have a little bit more information than maybe a fan does, some inner workings that we see some positives in.”

The best years of Eichel’s career are being wasted on a basement-dwelling team and Dahlin is going to get paid a boatload of money very soon. With a laundry list of unrestricted free agents, the front office is going to have some very important decisions to make. If the roster doesn’t see major turnover, it’s hard to imagine this team turning things around soon.

Another year without the playoffs is upon us, and with no firm timeline for hockey in the future, the wait is going to be even more excruciating than in years past. But hey, at least the next time the Sabres are only the ice they’ll be wearing royal blue. That has to count for something, right?

With the 2019-2020 season over for the Sabres, the team announced ticket refund information which is as follows:

"Fans who purchased individual game tickets, group tickets, or Mini Packs for any of the six remaining home games by credit card on Sabres.com, Tickets.com, KeyBankCenter.com or at the KeyBank Center Box Office will be automatically refunded in about 10 business days. Those who purchased individual game tickets for those games at the KeyBank Center Box Office with cash can submit for a refund here. Fans who purchased tickets for those games through third parties will need to contact that re-seller about refund information."