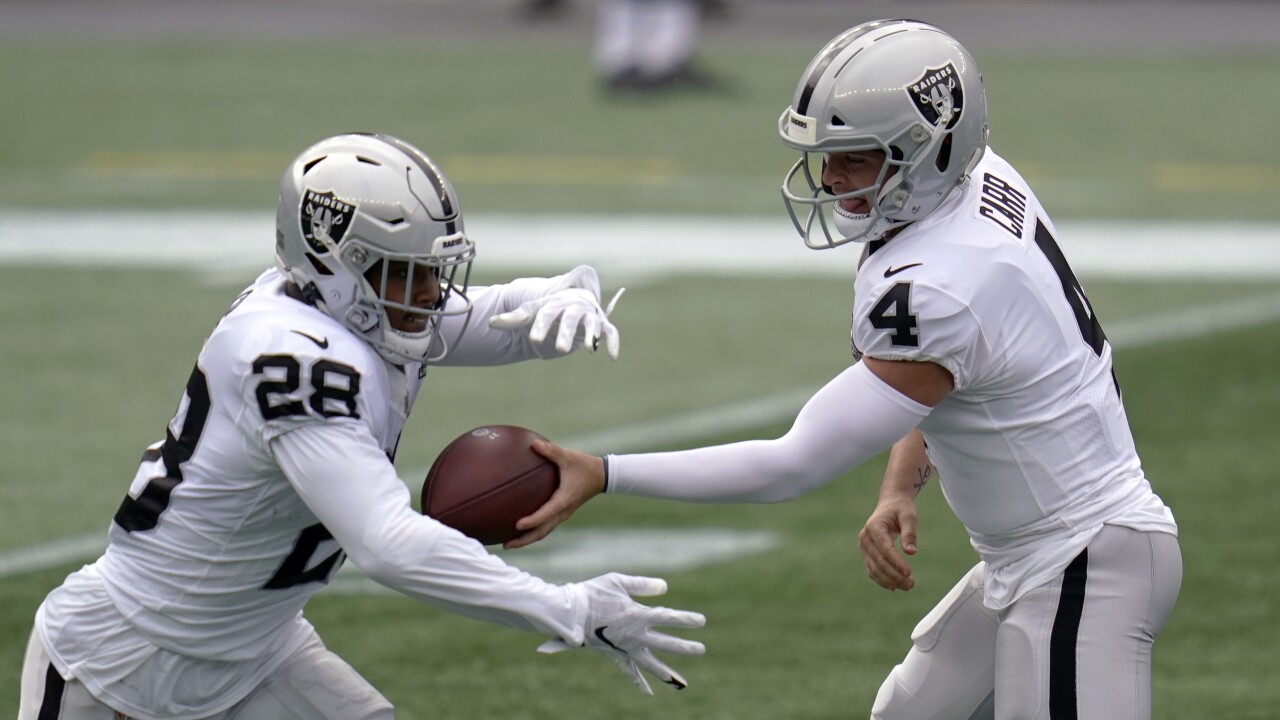 BUFFALO, N.Y. [WKBW] — With a win against the Las Vegas Raiders, the Buffalo Bills would improve to 4-0, giving them their best start since 2008. But can they hand the Raiders their first ever loss in Vegas? Here's what our sports team thinks:

Las Vegas Raiders running back Josh Jacobs is going to be a very busy man on Sunday. With wide receivers Bryan Edwards and Henry Ruggs not expected to play, the Raiders will rely on their bread and butter, running the ball early and often.

Unfortunately for the Bills, stopping the run has been their biggest problem so far this season. In Week 3, Rams running back Darrel Henderson averaged 5.7 yards per carry and rushed for 114 yards. Henderson is a good player, but Josh Jacobs is one of the best backs in the NFL. For the Bills, this is a great opportunity to prove their defense won’t be the thing that could potentially hold them back this season, and stopping Jacobs would be a huge step in the right direction.

On offense, Devin Singletary is coming off his best game of the season and will likely be featured plenty on Sunday. Josh Allen will still get his chances to pick apart the Raiders defense in the passing game, but starting cornerbacks Lamarcus Joyner and Trayvon Mullen are solid players. Last week, Cam Newton and the Patriots had plenty of success attacking the Raiders on the ground and I’d expect much of the same from the Bills.

The Bills have shown signs of vulnerability through these first three weeks of the season. Josh Allen and the offense have shown they can win a game, but they've been having issues playing from start to finish. The third quarter, especially, has been a poor showing where they can't seem to respond when the opponent puts some points on the board. Luckily, they've been able to make a late comeback but you can't rely on that every week.

The Bills defense, on the other hand, isn't playing the way we expected them to. We've seen them have a hard time stopping the run, and a hard time keeping their opponent off the board in the second half of a game. This is an opportunity for them to bounce back and I think they will.

I'm keeping an eye on the run game for the Bills who will be going up against a Raiders defense that gave up around 250 yards on the ground last week against the Patriots. Devin Singletary had his best performance of the season last week and this could very well be the first 100-yard performance we see from him this season. If Zack Moss is good to go, he could easily get in on the action.

Los Angeles posed a problem, but the Bills still came away with a win. A trip to Las Vegas shouldn't be a problem, either. The Bills are the better team here. It's just a matter of playing like it instead of letting the competition hang around.

It's something they've managed to do week after week. And Josh Allen and the offense has always found a way to bail them out. The Raiders' defense has a lot of young talent, but it raises the least concern to me of all the Bills' opponents so far this season.

Plus, the Raiders' offense is hurting at wide receiver. Nelson Agholor and Zay Jones will be some of the most likely targets out wide. Whether it's Josh Norman or Levi Wallace opposite Tre'Davious White, Las Vegas's passing game will be kept in check.

Pounding the rock with Josh Jacobs has been the Raiders' key to success on offense. And unless the defense returns to its 2019 form, Las Vegas might be able to do so effectively. But it won't help the Raiders catch up if they fall behind early.