WKBW Week 2 predictions: Bills travel to Miami to take on the Dolphins 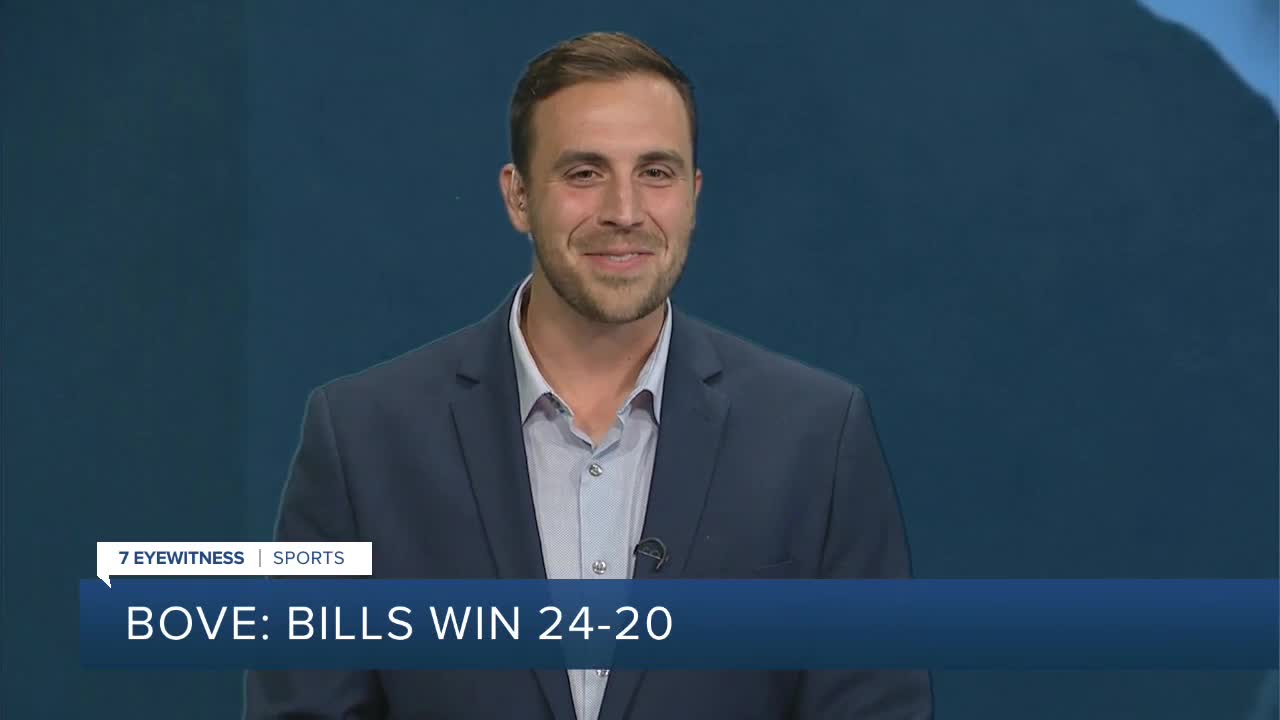 BUFFALO, N.Y. (WKBW) — The Buffalo Bills got off to a hot start with a win over the New York Jets last week, can they continue their winning ways as they travel to Miami to take on the Dolphins? The 7 Eyewitness Sports staff weighs in with their predictions.

You just never know when Ryan Fitzpatrick is going to go off. He has done it both for and against the Bills during his career and while he didn’t have a strong debut against the Patriots last week, Fitzpatrick has shown us time and time again he has a short memory.

Without Matt Milano and Tremaine Edmunds, the Bills are going to be without two of their most explosive playmakers on defense. Their presence will be missed but neither injury appears to be long term according to Bills head coach Sean McDermott. A.J. Klein and Tyler Matakevich will need strong games to contain the Dolphins running backs and ensure the middle of the field doesn’t become a mismatch for the home team.

On offense, Josh Allen is coming off arguably his best statistical game as a member of the Bills. While I don’t expect him to take a step back against the Dolphins, I think the team should rely much more on their rushing attack against a Dolphins team that was gashed by the Patriots last week. Expect a healthy dose of Cole Beasley and Dawson Knox in the middle of the field when the Bills do decide to air it out. I think the Dolphins are better than the Jets, but this may be the second easiest game on the Bills schedule.

For some reason this is a tricky one to predict. I don't know if it's because Ryan Fitzpatrick is like a box of chocolates (you never know what you're gonna get), or because the Bills are lacking depth at a key position (score was predicted before the Edmunds/Milano news). Despite everything, I've got the Bills winning this one.

I think the Bills run game will come into play a lot more this week than last. The Dolphins struggled against the run in their week one matchup against the Bills and while they say it's a thing they've been working on, they're going up against a QB who runs A LOT and two backs who don't go down easy. The defense will have their challenges without Edmunds and Milano - who are vital to what this defense does each week - but this unit is so strong, they'll find a way to make up for the lack of depth at linebacker. The Dolphins offense wasn't that impressive in week one and with Fitz not afraid to sling a few, the defense has their chance to force a few turnovers.

I think Josh Allen WILL complete a long ball to Stefon Diggs, and I think Tre White is due for an interception (although it's only week two).

This is another one that the Bills should have in the bag. But it won’t be without its challenges. Environment aside, this could turn into an unexpected quarterback battle.

Josh Allen has had some of the best games of his career against the Dolphins. But on the other side, you never really know what Ryan Fitzpatrick is going to bring to the table. He seems to always play well against his former teams.

Going without Tremaine Edmunds and Matt Milano hurts, too. Between the track record of the signalcallers and how dinged up the Bills’ defense is, I’d take the over without hesitation.