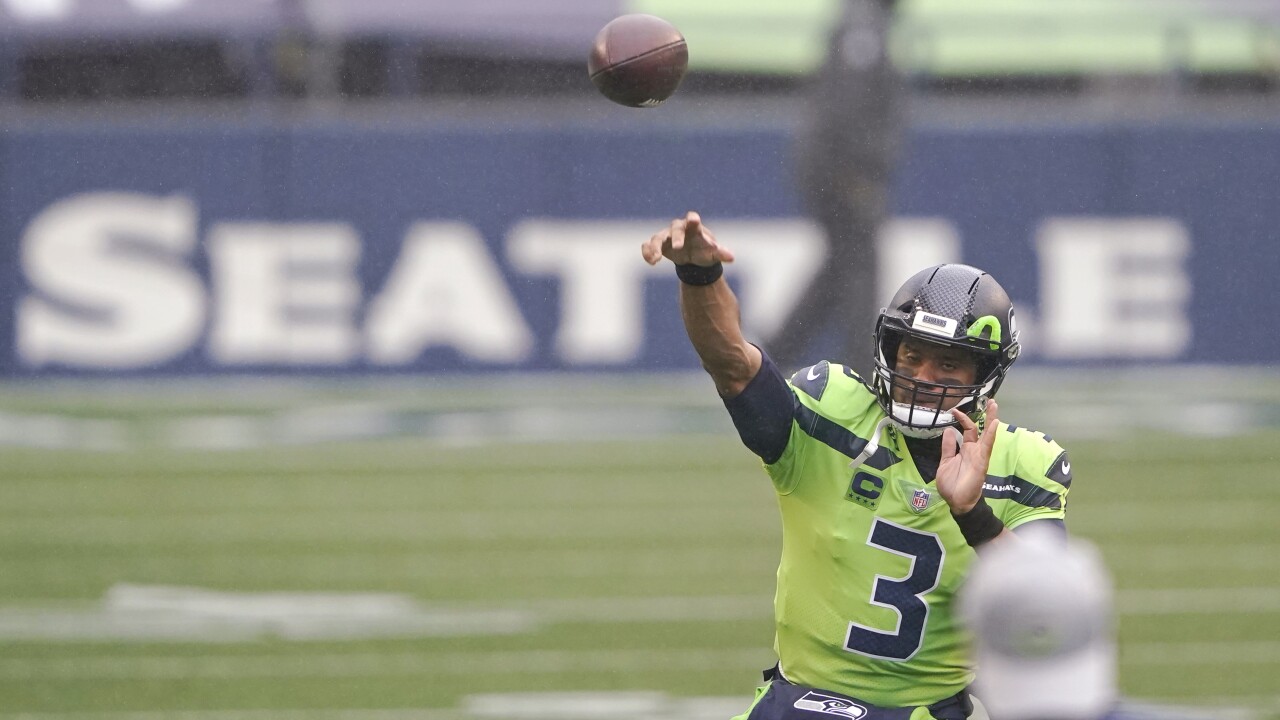 BUFFALO, N.Y. [WKBW] — When the Buffalo Bills lineup against the Seattle Seahawks on Sunday, it will be one of their toughest matchups of the season. But can the Bills pull the upset? Here's what our sports staff thinks:

It’s time for the Buffalo Bills to let Josh Allen cook. During their first four games, the offense appeared to have a pass-first identity. In the last few weeks, that hasn’t been the case. Against the Patriots, Josh Allen attempted just 18 passes. With the Seahawks coming to down, that number will skyrocket as the Bills try and keep up with Russell Wilson, DK Metcalf, and Tyler Lockett.

In every game Seattle has played they’ve scored at least four touchdowns. So if the Bills are going to win this game, they will need to put up a big number. Look for Cole Beasley to get plenty of targets and John Brown to start getting more involved. When the Bills offense was rolling, Brown was producing at a similar rate to what we saw last season when he was the top wideout. Since injuring his calf/knee, Brown has just one catch since the Raiders game on October 4. To be fair, he missed two of those games, but one catch in two games is strange. Perhaps the injury has lingered longer than expected, but with Stefon Diggs grabbing so much attention from opposing defenses, Brown should get some favorable matchups.

As for the run game, both Devin Singletary and Zack Moss are coming off strong outings against the Patriots. The Bills hope that can turn into a trend Sunday afternoon, but in a game when the Bills will need plenty of points, I’d imagine the emphasis is placed more on the passing attack than the run game.

Defensively, you can’t stop the Seahawks, you can just hope to contain them. Without Matt Milano, the middle of the field will likely be a mismatch Seattle will take advantage of early and often. The Seahawks are without both of their top running backs Chris Carson and Carlos Hyde, so it’ll likely be the DeeJay Dallas show against the Bills. While Dallas is coming off a big game against San Francisco, the Bills should put the bigger emphasis on slowing down Wilson and hope they can contain Dallas without letting him get into a groove.

Seattle is quite possibly the best team the Bills have played this season, but it’s also a game they can certainly win. Vegas has the Hawks favored by three points but I’m rolling the dice.

You know that song by the Black Eyed Peas called, "I Gotta Feeling"? That's how I feel about this Sunday's game.

Initially, I was going to go with the Seahawks. Their offense has been incredible this season and their stats show for it. I mean when a team scores an average of four touchdowns a game, it's hard to think they won't continue that trend. QB Russell Wilson is playing out of his mind and targets DK Metcalf and Tyler Lockett are finding ways to make Wilson's job that much easier.

But there's something about this game that makes me think the Bills can take this one and it all begins with QB Josh Allen and the pass game. We saw the WR unit shine through the first four weeks of the season and it's time for that to return against the worst pass defense in the NFL, that's giving up around 380 yards a game. The Bills defense has shown signs of life, especially last week. If they can make a few stops here and there, coupled with the Bills offense keeping up on the scoreboard, this is a game they can definitely build off of.

Give me a few deep balls and smart decisions by Allen in a close one.

Remember the way the Bills were playing in September? 300 yards from Josh Allen was the norm, Stefon Diggs was the league’s leading receiver, and Buffalo was putting up points like it was going out of style? The thought was that there’s no way a team can keep that pace for an entire season, right?

Well, the Seahawks have come pretty close. They’ve score AT LEAST four touchdowns in every game this season. That’s not an average, and it’s not a typo. Four. Touchdowns. And it all starts with MVP frontrunner Russell Wilson.

Since Seattle has clearly proven that the offense can keep that pace, Russell Wilson’s on the way to the league’s single-season passing TD record. He’s got 26 scores through the air through seven games. Between his top two receivers, it’s a matter of pick your poison.

Bills CB Tre’Davious White has stayed on “his side” against some of the league’s best, including DeAndre Hopkins when he was on the Texans last season. If he shadows D.K. Metcalf all game, Tyler Lockett will fly all over the field. Even still, against Metcalf’s size, strength, and speed I’m not sure if anyone could shut him down.
Buffalo is equipped to get into a shootout with the Seahawks. They have the weapons. They have the firepower. We just haven’t seen that offense in well over a month. There’s no better time than the likely last good-weather game in Orchard Park for that offense to make a return, but even then, it still might not be enough.