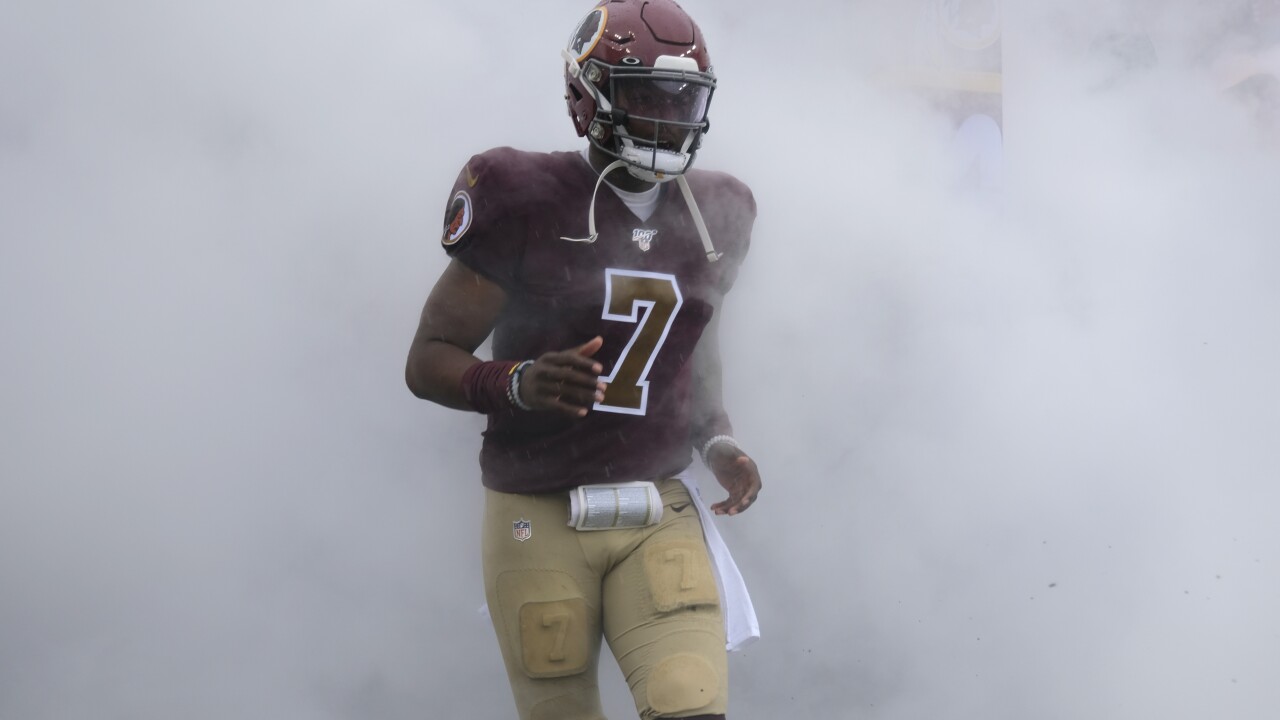 BUFFALO, N.Y. (WKBW) — Can the Bills end their three-game homestand with a win? Buffalo [5-2] hosts Washington [1-7] with a chance to improve to 6-2 and control their own destiny in the playoff picture.

Anything short of a dominating win against Washington will raise red flags. For the first time this season, the Bills appear to be facing some serious adversity after they were dominated by the Eagles last week.

Rookie Dwayne Haskins, who has thrown four interceptions on 22 attempts this season, will make his first NFL start. If the Bills' defense is as good as we think they are, they should have a field day against Haskins. The pass rush, that has been virtually nonexistent, should be able to get some pressure and make things difficult for the rookie quarterback. Expect a very heavy dose of Adrian Peterson, especially given the Bills recent inability to stop the run.

On offense, Josh Allen should be able to bounce back and have some success moving the bills offense against one of the weaker defensive units in the league. Sunday will be a good opportunity to try and take a few deep shots and stretch the field, an area where the Bills have had very little success this season.

All week at practice, coaches and players were asked about the lack of touches for rookie running back Devin Singleterry. Like Allen, Singleterry will be able to have a very productive day, especially if he's looked to early in the game.

While I don’t think the Bills are a good enough team to really blow anybody out, I think they get back on track and improve to 6-2.

The Buffalo Bills have looked like a different team since their bye week-- and a worse team at that. But this week's matchup against the Redskins is a golden opportunity to right the ship. Washington's only win so far this season was at the expense of the Miami Dolphins-- one of two remaining winless teams in the NFL.

The Bills' defense can't let rookie quarterback Dwayne Haskins get comfortable. It's the Ohio State product's first NFL start, so it's a double-sided coin: On one hand, the Bills could only see what he's capable of based on preseason tape. On the other hand, Haskins has never played a full game against NFL starters, let alone a defense that's near the top of the league statistically.

Washington's defense, on the other hand, is towards the bottom of the NFL in yards allowed (26th) and rushing yards allowed (28th). The Bills don't just need to win this game; they need to win big to prove that they're legit and whatever has gotten into them since the bye week isn't permanent.

The Bills found a way to bounce back after their first loss of the season and they should have no problem doing it again this weekend. Dwayne Haskins making his first start isn’t going to be a walk in the park against a Bills defense that will be out for revenge following an Eagles loss that exposed their weaknesses. I think the Bills offense will see much more consistency this week but playing a full 60 minutes? Not sure they’re there yet, but I don’t think that will matter come Sunday.