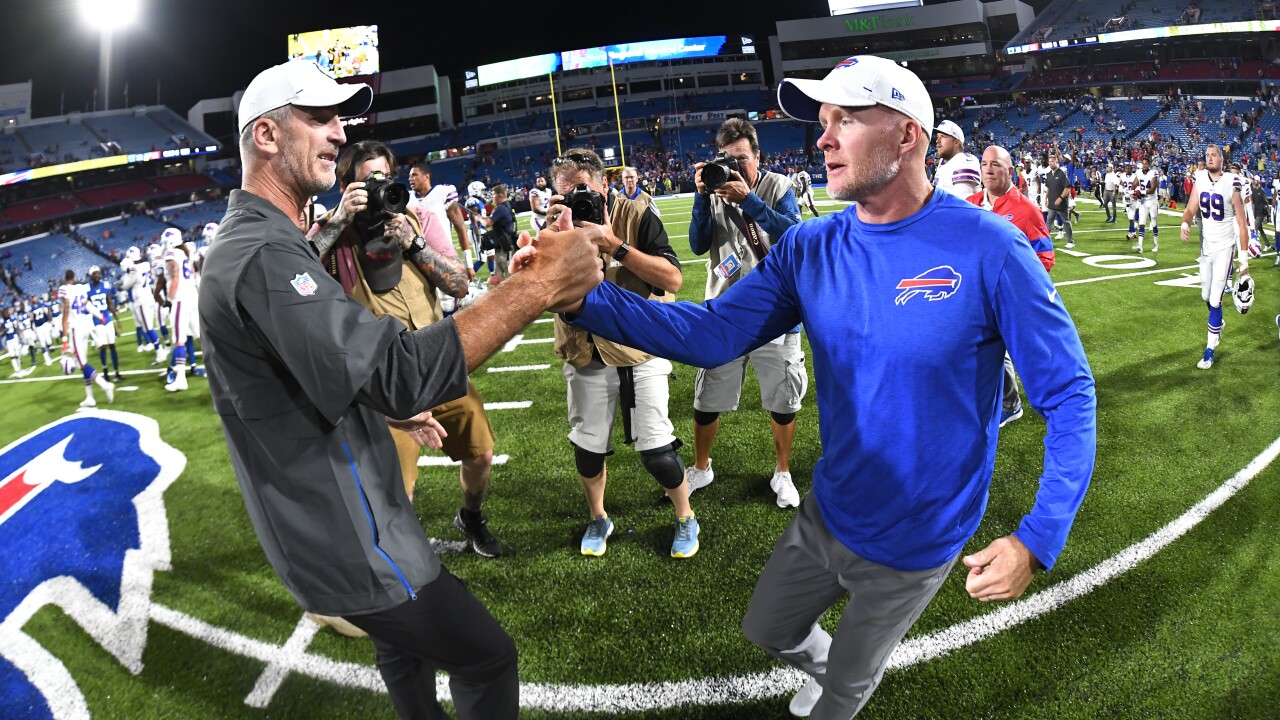 ORCHARD PARK, N.Y. [WKBW] — Playoff football has returned to Orchard Park! On Saturday afternoon the Bills will host their first playoff game since 1996. But do the Bills have what it takes to win a playoff game? Our sports team shares their predictions for Saturday's game:

Welcome to the playoffs. After one of the most impressive regular seasons in franchise history the Buffalo Bills now have some pretty lofty expectations. That’s not to say there weren’t Super Bowl aspirations prior to the season, but after a 13-win season, anything short of a deep playoff run will be a massive disappointment.

The Bills journey begins with a matchup against the very talented Indianapolis Colts. Despite being favored by nearly a touchdown at most casinos, Saturday’s game will surely be on the toughest games so far this season for the Bills. The Colts boast an exceptional run game led by both Jonathan Taylor and Nyheim Hines.

Let’s start with the two-headed monster in the backfield. After a slow start to the season, Taylor has emerged as one of the most dangerous backs in the NFL. Hines is also a capable runner, but is more of the pass catcher out of the backfield. In the regular season, Hines averaged nearly four catches a game and finished with 482 receiving yards. The Bills won’t need to shut down both Taylor and Hines, that would be a little unrealistic, but they need to contain them.

As for the Colts defense, they have three first team All-Pro’s with defensive tackle DeForest Buckner, safety Greg Odum [special teams standout], and linebacker Darius Leonard. Yet despite their star power, as a unit, they’re vulnerable, especially in the secondary. As pointed out by ESPN’s Bill Barnwell, when opposing quarterbacks have more than 2.5 seconds to work through their progressions, the Colts allow the fourth highest QBR in the NFL. If the Bills offensive line can give Allen some time, the Bills should be able to put together some chunk plays and move the ball. Keep in mind, Colts starting cornerback Rock Ya-Sin has already been ruled out of Saturday’s game.

The Colts are a good team and are more than capable of winning this game. But the Bills are the better team and have an exceptional opportunity to win their first playoff game since 1995.

It’s hard to believe we’ve made it after what has felt like the longest and toughest season mentally.

We knew before the playoffs began that this postseason was going to be hard. An 11-win team is the 7th seed, not to mention a team that has wins over the Titans (who the Bills lost to) and the Packers (the NFC’s top seed).

The Colts are able to keep high scoring offenses contained and as an offense, they’ve found success in their own ways - led by a running back who’s third in the NFL in rushing and a QB who Bills players compare to an offensive coordinator.

The difference is who’s been playing better over these last few weeks and that’s the Bills. The Colts pass defense is ranked 31st since week 12 while the Bills offense has been on fire. I think that’s going to be the difference in this game, but make no mistake - this Bills team has to protect their players and the ball, and play a full four quarters if they want to advance to next weekend.

I think the Bills will win, but I think it’s going to be a one score game.

The outrage among fans over the Bills getting the earliest slot following a quick turnaround from Week 16 to Week 17 feels long gone. But it might end up being the best thing for them; there isn't a team in the NFL that's as hot as Buffalo right now.

The additional wild card game and the lack of a bye week plays right into the Bills' hands. Week in and week out, the team has said they want to play their best football in December and January. Every week since their bye, they've looked better and better.

Colts rookie running back Jonathan Taylor has the hot hand, though. There's no doubt about that. An incredibly strong finish to his first year as a pro propelled him to be the league's third-leading rusher.

But if Buffalo gets the jump on Indianapolis, they can force the Colts to play catch-up instead of keep-away. Bills Mafia will sweat it out down the stretch, but there should be a second playoff game in Orchard Park this season.