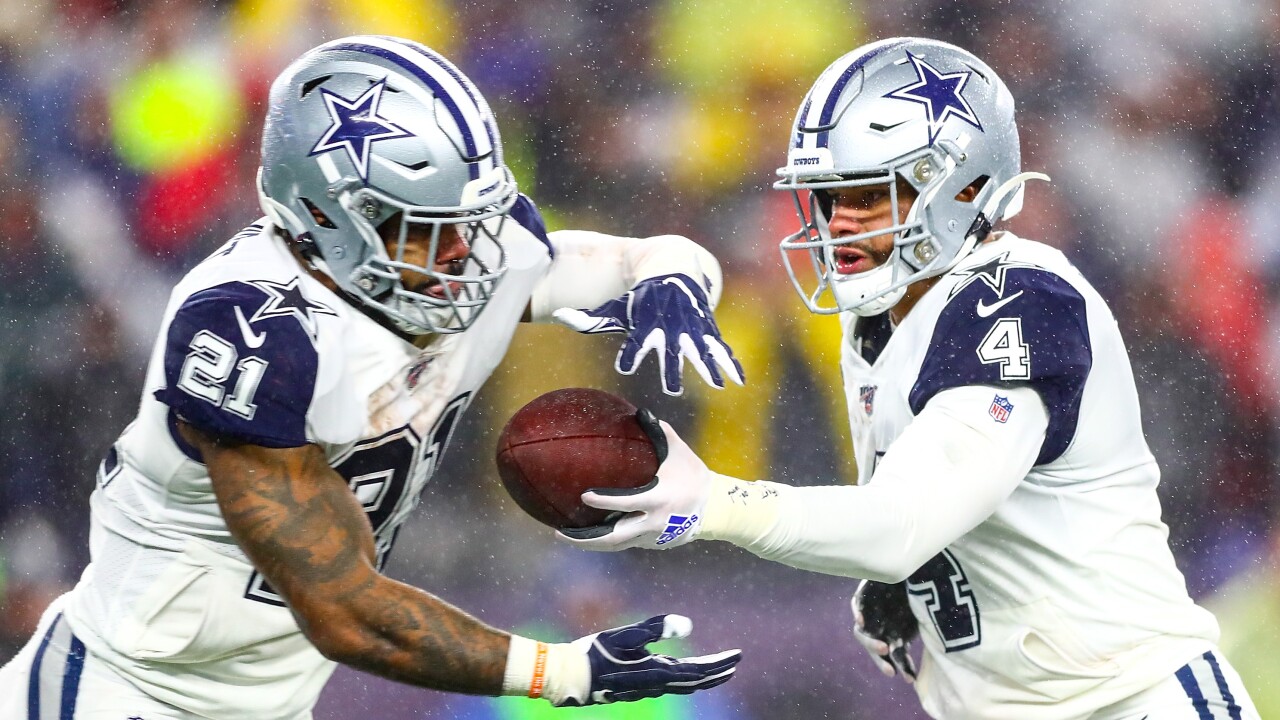 DALLAS, TX (WKBW) — You could argue Thursday is the Buffalo Bills biggest game in the last decade. When they take on the Dallas Cowboys on Thanksgiving, they’ll have a chance to pick up their biggest win of the season. But will they leave Dallas with a win?

The mid-afternoon Thanksgiving game is usually the most watched regular season football game every season. According to StadiumTalk.com, last year nearly 31 million people watched Dallas and Washington play on Thanksgiving in the same time slot. It was the highest rated NFL regular season game and the sixth most viewed sporting event of 2018.

So there are going to be plenty of eyes on the Bills when they take on the Cowboys? But will they prove once and for all they are legit?

Dallas has an incredibly high-powered offense that will give the Bills a lot of problems. Dak Prescott is having an exceptional season and he certainly has plenty of weapons at his disposal. Amari Cooper is their top target, with 56 receptions, 886 yards and seven touchdowns. He’ll likely be lined up against Tre’Davious White most of the day, but Cooper is going to get his catches. If White can keep Cooper out of the end zone, that should be considered a win.

On the other side of the field the Bills will have to figure out how to stop Michael Gallup and Randall Cobb. Both have had huge games this season, but their production has been sporadic.

In the backfield, the Cowboys have one of the best running backs in the league with Ezekiel Elliott. The Bills run defense has been much better the last two weeks but they haven’t played against a running back as good as Elliott this season. If Zeke eats today, the Bills will be in a world of trouble.

On offense, the Bills should be able to score some points on a Cowboys defense that has allowed some big plays this season. But will it be enough?

I’ve gone back and forth with this prediction all week. The Cowboys haven’t beaten a team with a winning record this season but after a week of chaos I think they figure things out on both sides of the ball. The Bills are going to put up a fight but I think the Cowboys connect on the last punch.

The Buffalo Bills are playing on Thanksgiving, they're playing a quality opponent, and they have the franchise's best record since the mid-90s. It's an intriguing game for many reasons but despite the Bills having a lot to play for on the national stage, I don't think they can get it done.

This is by far one of if not the best offenses the Bills will have faced this season. They have guys that can make explosive plays in Dak Prescott, Amari Cooper and Ezekiel Elliott -- all behind an offensive line that gives Prescott plenty of time to find his targets. This Bills defense is really good and we've seen them dominate in so many ways, but I think this is a game that could expose a weakness or two.

The Bills have just one win this season against teams with a .500 record or better. I think that number will remain the same.

Winter is coming. So is the toughest part of the Bills schedule. And it starts with a short week of practice for a game that’s not only on the road, but also on a massive stage.

Even though Jerry Jones has allegedly run out of patience, the Dallas Cowboys’ offense is prolific. Dak Prescott is leading the NFL in passing yards. And Ezekiel Elliott will likely surpass the 1,000 yard mark this week.

As good as the Bills’ offense has looked over the last two weeks, the latter of which was against a top ten defense in Denver, I’m not sure if they’re equipped to get into a shootout with Dallas in AT&T Stadium.

The Bills’ last game against a team that’s in a good position to make the playoffs was at least a month ago. This thanksgiving game will probably serve as a wake-up call for what has shaped up to be a tough home stretch.