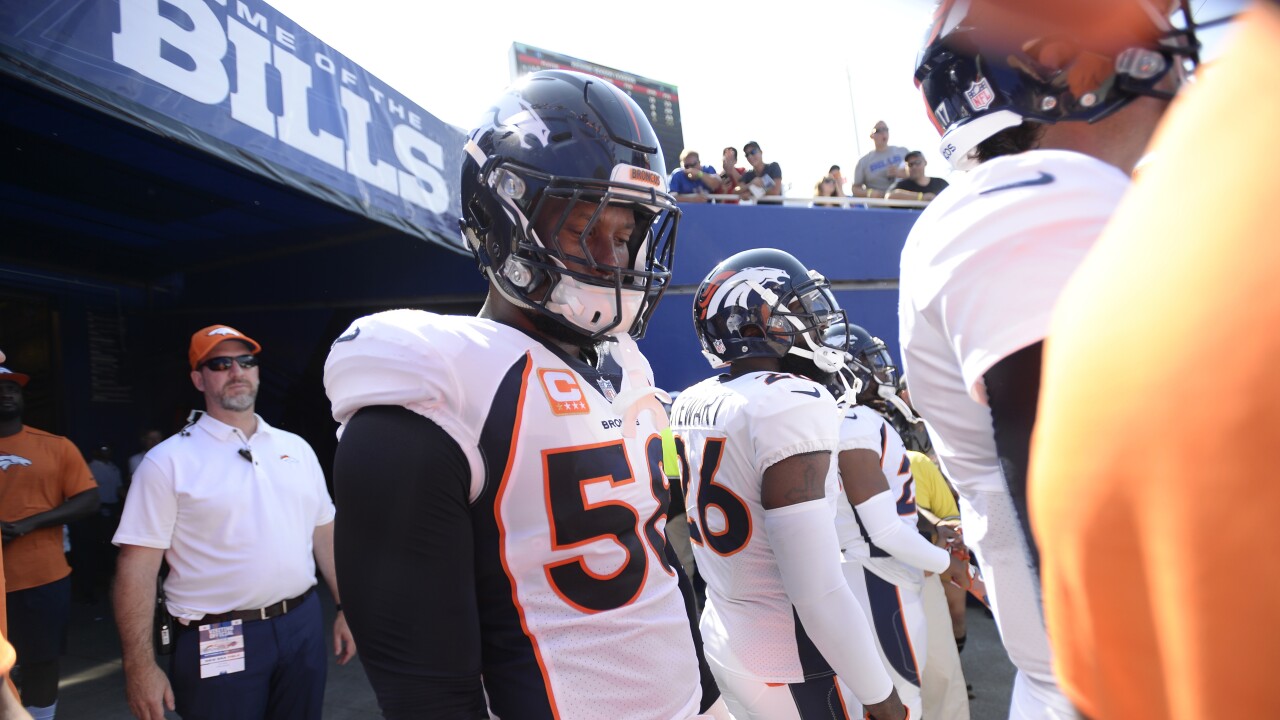 ORCHARD PARK, N.Y. [WKBW] — With a win against the Broncos, the Bills would be off to their best start in more than 20 years. But will the 7-3 Bills head into Thanksgiving week with their eighth win? Here's what our 7 ABC Sports Department thinks:

There are still plenty of people wondering "is this team for real?"

Handling business against a 3-7 Broncos team likely won't convince anyone who still thinks the team has a lot to prove. But the Broncos shouldn't be viewed lightly...especially on defense. Von Miller, who will be lining up against rookie RT Cody Ford is poised to have a huge afternoon. If Miller manhandles the rookie, the Bills could leave this game with their fourth loss of the season. From a defensive standpoint, the Broncos have likely the second-best unit the Bills have played against this season.

On the other side of the ball, Denver rolls with a two-headed monster at runningback featuring Phillip Lindsay and Royce Freeman. Both backs are capable of breaking off a big play, which is something the Bills need to be mindful of. At wideout, Courtland Sutton is one of the best young receivers in the league. QB Brandon Allen will look for Sutton and tight end Noah Fant often.

That said, the Bills need this game. With matchups against the Cowboys and Ravens around the corner, the Bills can't drop a game like this at New Era Field. Seven of Denver's 10 games have been within one score so expect this game to go down to the wire.

With the Bills back at home and a tough stretch in front of them, they need this win especially when it comes to the postseason picture. After a complete performance last week against the Dolphins, I don't think the Bills will have an easy task again this weekend, despite the Broncos' 3-7 record.

I see this being a close defensive battle where neither team really runs away with it. I don't expect to see the Bills offense click like it did last week, especially against a top-10 Broncos unit. With Ty Nsekhe out with an ankle injury, we can expect to see Cody Ford line up against Von Miller and boy will he have his hands full. The Bills defense though should be able to give Brandon Allen his own headache and when it comes down to taking one of the two units, I'm going to go with the guys in Buffalo.

Last week, we saw the Bills' offense play to the level that it's capable of. But that was against the Miami Dolphins' defense. Even though they're 3-7 and the team is banged up, the Denver Broncos can't be overlooked.

The offensive line has to handle Von Miller effectively. Josh Allen has been smart with the football, but he might be running around all game long if the Bills can't handle Denver's pressure. Plus, their secondary features the likes of Chris Harris and Justin Simmons.

On the other side of the ball, the Bills need to take away Denver's running game and force Brandon Allen to beat them through the air. The Bills are capable of winning this game, and they should, but it won't come easy.