When Singletary is rolling the Bills offense is at its best 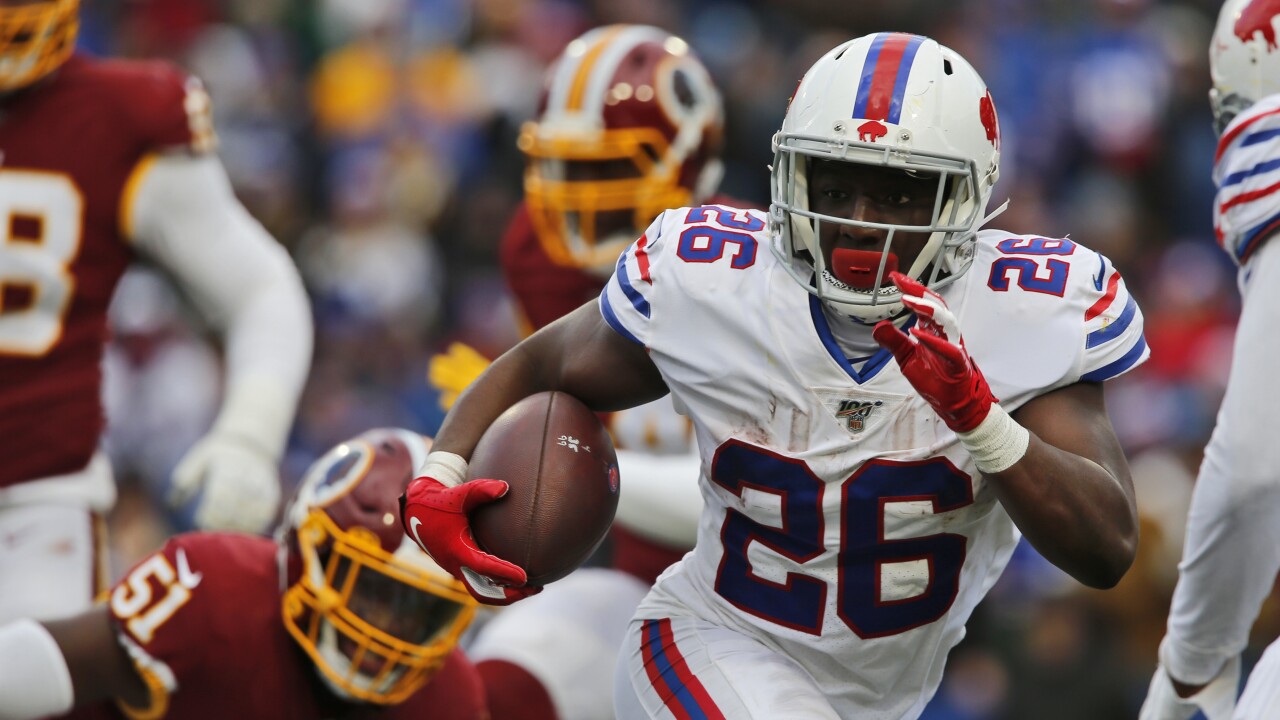 That's what teammate Micah Hyde had to say about rookie running back Devin Singletary after the Bills 24-9 win on Sunday.

"He’s super shifty, man," Cole Beasley added. When someone meets him in the hole, they better come to balance, because he’s got some hips and some wiggle, and he makes guys look silly out there."

In his second start, Singletary finished with 20 carries for 95 yards and a score. The rookie added three receptions for 45 yards.

"Everybody was on the same page," Singletary said after his best game as a pro. "We were all hungry and our will to win was greater than theirs today."

Leading up to the game, one of the most asked questions at One Bills Drive was about the involvement of Singletary and getting him more touches. On Sunday he proved why fans were clamoring for him to get more playing time.

"It was kind of the same approach [for me]," Singletary added. Just stay ready, be ready. Whenever your number is called, be ready to make a play."

"Devin made some really good runs in there, reading his blocks," Bills head coach Sean McDermott said after the game. "I thought the game plan was a good game plan put together by our coaching staff, Brian Daboll and his staff. But yeah, it's never just one guy, but it's good to get Devin going for sure."

Not lost on the Bills rookie was the running back on the opposite sideline. After the game had ended, Singletary had a chance to catch up with future Hall of Famer Adrian Peterson, who finished with an impressive 108 yards in the win.

It was not lost on Devin Singletary that today he shared the field with two future hall of famers. He said after the game he had a chance to chat with Adrian Peterson, who gave him some advice #Bills @WKBW pic.twitter.com/NQXohy6NoJ

It's clear when Singletary is rolling, so is the Bills offense.

The Bills needed to make it a priority to get him more touches and when they did, he often broke off a pretty big play.

After the game, Sean McDermott said it's important to not dismiss the significance of Frank Gore to the offense and he's right. But it's time for Singletary to start getting the bulk of the work.

Gore is certainly valuable but Singletary might be the Bills' most dynamic playmaker on offense. Don't be surprised if the workload for Singletary gets even bigger as the season moves along. He has done nothing to indicate he's going to slow down anytime soon.