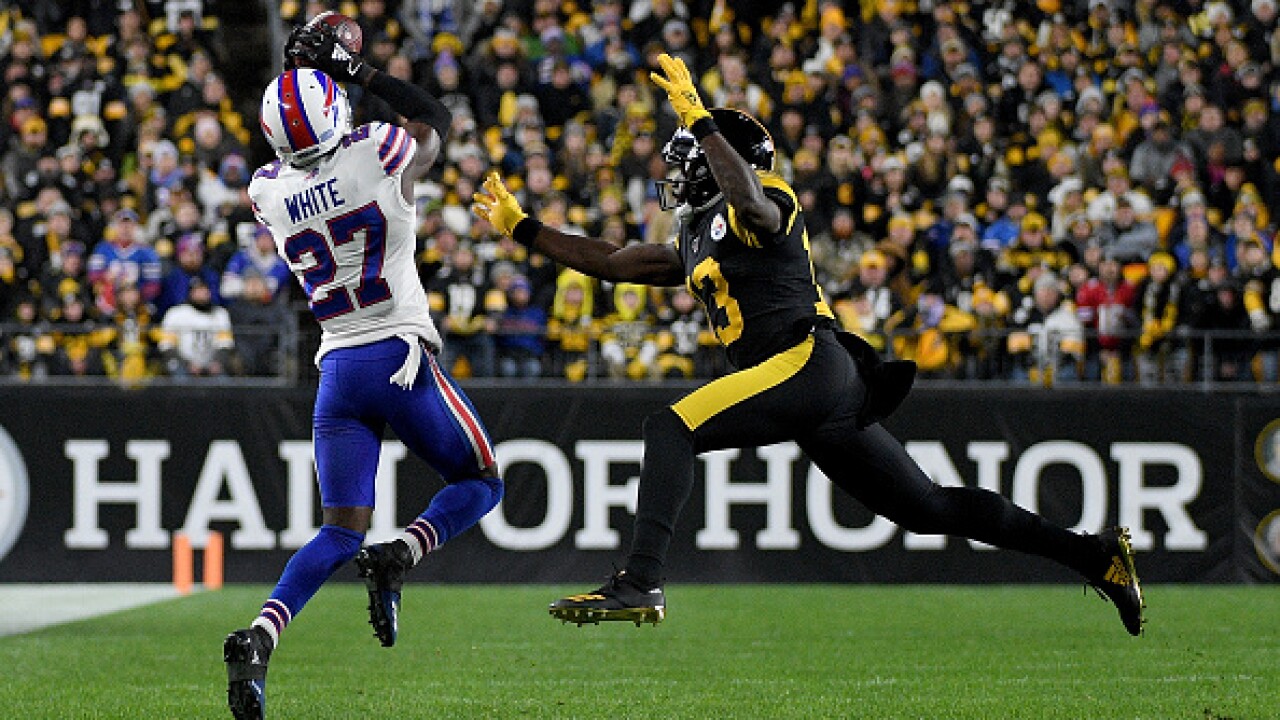 BUFFALO, N.Y. [WKBW] — Buffalo Bills All-Pro cornerback Tre'Davious White said Wednesday he's not sure if he'll play this season. While on a zoom call with reporters, White said he plans to make his final decision tomorrow, before the NFL's opt-out deadline.

"Honestly I'm still undecided," White said. "We're just kind of taking it down to the last day and we'll decide from there, so I'm still kind of undecided, honestly."

Tre'Davious White said he's going to wait until tomorrow to decided whether or not he'll play this season @WKBW #Bills pic.twitter.com/RQk8KDAeFB

White later elaborated on his concerns, citing how difficult it would be for his wife back at home and how his kids are his main priority.

"At the end of the day, like no matter what, my family is going to come first, no matter what's going on and how big of a season, and what's going on, I'll always put my kids first," White added. "Those are things that I think about each and every day and I'm just trying to see if I'm willing to go the distance, go four or five months doing the same thing, and having my kids stuck in the house. I don't know if I'm willing to do that. I'm just going to pray about it and see how it is."

"At the end of the day, like no matter what, my family is going to come first, no matter what's going on and how big of a season" pic.twitter.com/TZU90n6j4W

White, who is set to enter his fourth year with the Bills, is coming off his best season as a pro. In 2019, White was named First-team All-Pro and was named to his first Pro Bowl. In 15 games, White had six interceptions and two forced fumbles.