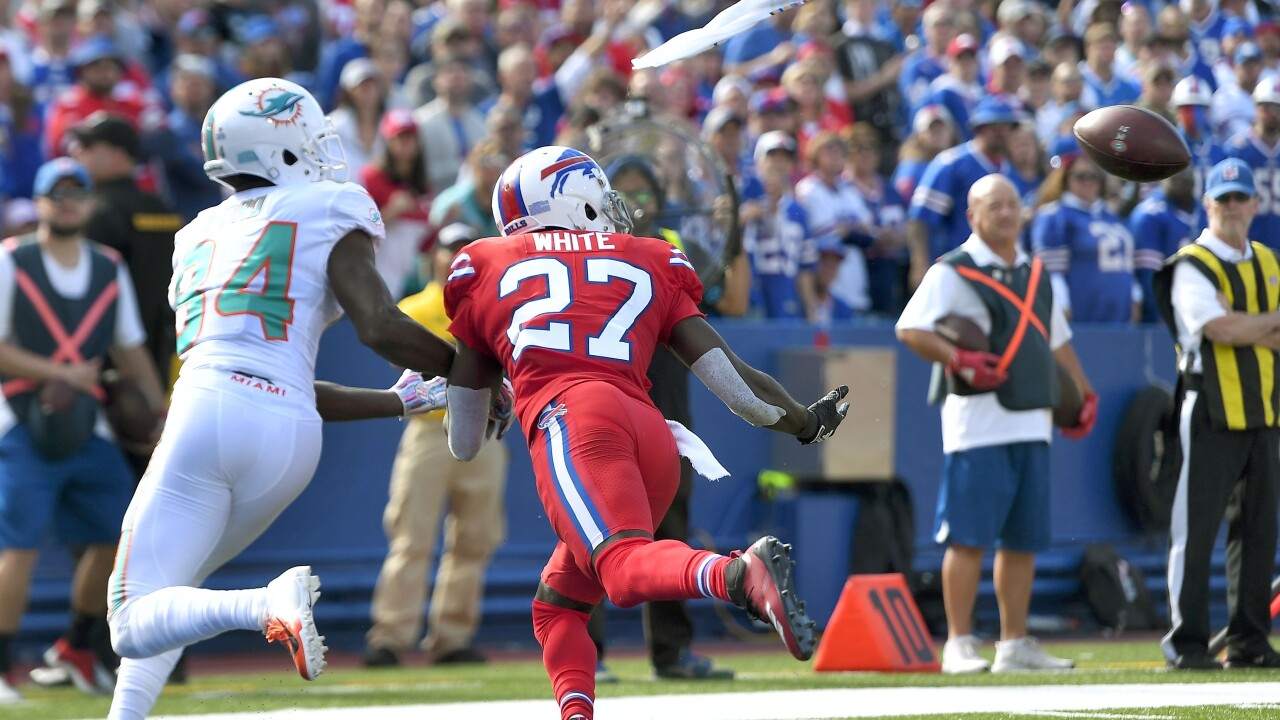 In the third quarter with the Dolphins about to go up 21-9, Tre'Davious White jumped a route and intercepted Ryan Fitzpatrick's pass.

Ryan Fitzpatrick threw this pick to Tre'Davious White in the redzone. pic.twitter.com/xzM0PSepen

"When teams get into the red zone our philosophy is field goals or takeaways," White said after the game. "That was huge for our team."

"We finally got the juices going, the crowd got into it, and it was just a momentum play," defensive tackle Jordan Phillips said. "You could tell that the tides turned."

His teammates responded with a 98-yard touchdown drive that shifted the game into the Bills' control. It was the first touchdown for the home team of the game and it gave the Bills a lead they wouldn't relinquish.

"We needed that play," QB Josh Allen said. "That was a big boost
for us, you know, mentally and emotionally and we knew that once we got that ball in the end zone, that we started playing, how we're supposed to play complementary football."

Allen, who struggled in the first half, turned things up down the stretch. In the second half, the Bills QB finished 10-of-11 for 112 yards and two touchdowns. It wasn't a great game by any stretch, but it was a solid recovery after a slow start for the offense.

"When we play to our standard we trust each other we play complementary football," Allen added. "That's usually going to produce good results and that's what we weren't doing that the first half."

After scoring their first touchdown it was once again Tre'Davious White making a play to help his team. The Bills corner punched a ball loose, forcing a fumble that Jerry Hughes was able to recover. Once again the Bills turned the turnover into points as Allen found Cole Beasley for his first touchdown as a Bill.

"That's something we practice everyday" White said of his forced fumble. "That's what we do on this team. We just execute the things we do in practice and we take them to the field and display them."

The Bills, who were favored by 17 points, went on to win by 10 thanks to an onside kick they returned for a touchdown. But for White, all that matters is that the Bills are 5-1.

"This is the NFL. Any given Sunday. Teams watch film, they get tendencies and it's something we need to correct and we'll come out next week and try to have a better day."