Stefon Diggs not trying to reinvent the wheel in Buffalo 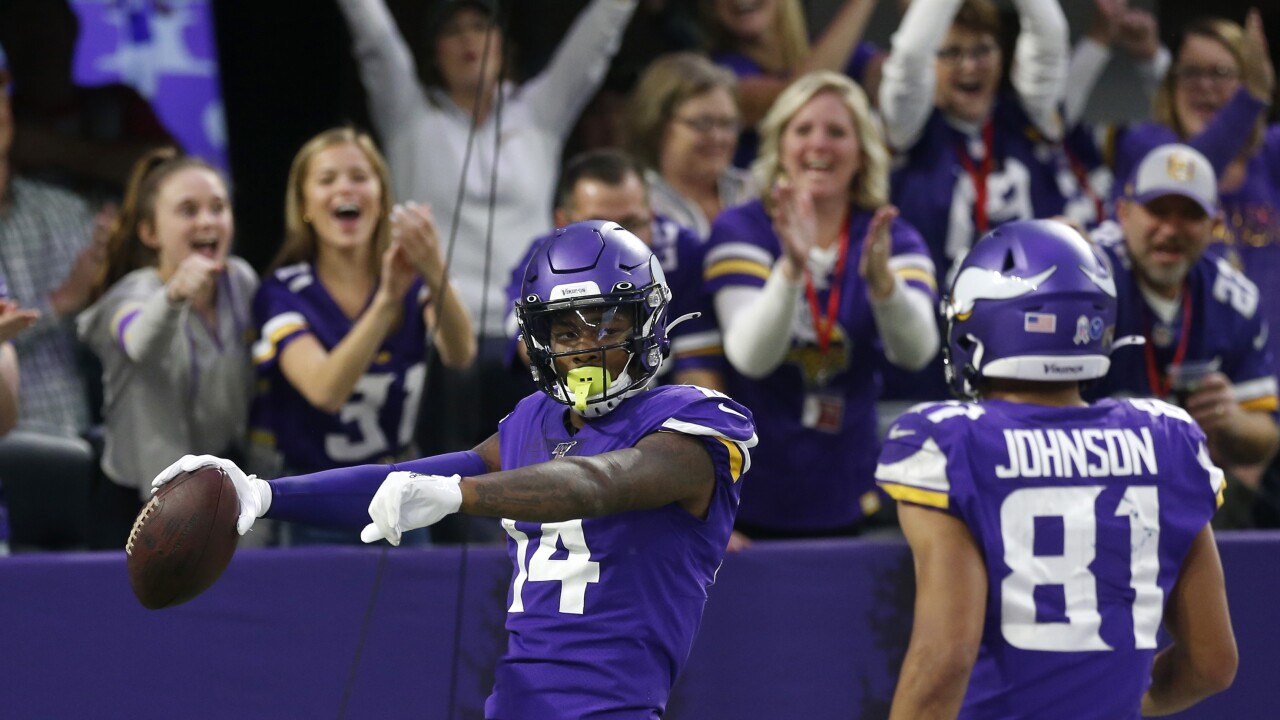 BUFFALO, N.Y. [WKBW] — For the first time since joining the Buffalo Bills, Stefon Diggs spoke with members of the Western New York media to discuss the upcoming season and his new team.

"I'm happy to be here, and I feel good," Diggs said about joining the Bills. "I feel like a lot of good things are happening."

Acquired from the Minnesota Vikings in mid-March, Diggs has spent the last few days getting to know his teammates and the area. While he still has plenty to learn, he's impressed with what he's seen so far.

"I'm happy, I'm happy to be here and I feel good, I feel like a lot of good things are happening." pic.twitter.com/u46eHteg7I

"This is also a great organization built on a lot of hard-working guys and a lot of guys who grinded to get where they’re at," Diggs added. "I trust the people that are in place. I’m just happy to be a part of it. I’m not trying to reinvent the wheel or anything like that, I'm just trying to be as helpful as I can, be a puzzle piece, and mesh as well as I can to help this team win.”

When asked about his previous perceptions of the organization, Diggs said he thought back to the last time he played against the Bills when "they gave us a little bit of a whooping." He also said he immediately thought of getting to play with Josh Allen.

"He's got a big arm, he's a big quarterback, he has a big heart, he can run around, he's mobile. He can extend the play and he does a lot of things extremely well. I'm more so focused on how I can help him and if there is anything I can do to help him."

When Diggs was acquired by the Vikings, much was made of his success stretching the field. He said he's hoping that aspect of the game will continue in Buffalo.

"If I was a Genie, I'd rub the bottle and want all the good things to happen and he'd throw the ball 100 yards and I'm right at the 1-yard-line catching touchdowns."

As for Diggs' contract, which was brought up soon after he was acquired by the Bills, it seems to be settled, at least in the short term. According to Mike Garafolo of NFL Network, the Bills adjusted Diggs contract on Tuesday, moving up some of his compensation into the earlier years of the deal. When asked about his current deal, Diggs said the business side would play itself out and he's only worried about football.