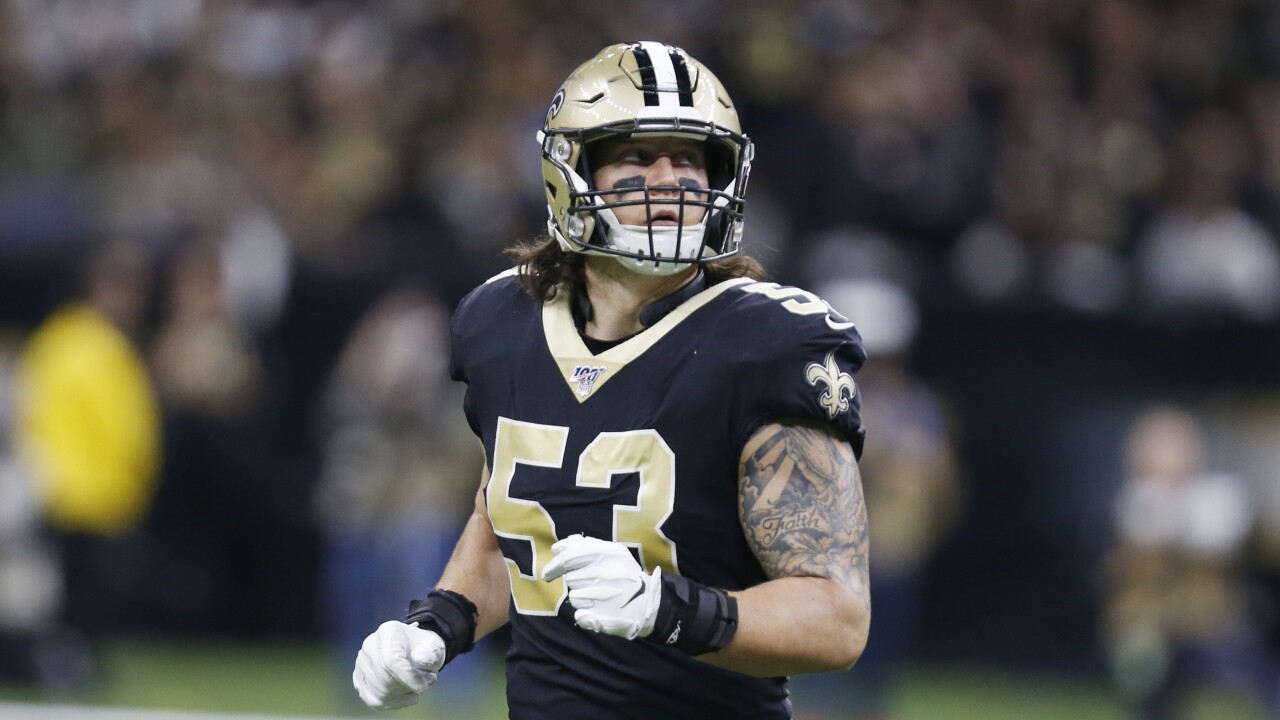 Butch Dill/AP
New Orleans Saints outside linebacker A.J. Klein (53) looks up from the field, during the first half at an NFL football game against the Carolina Panthers, Sunday, Nov. 24, 2019, in New Orleans. (AP Photo/Butch Dill)

BUFFALO, N.Y. [WKBW] — It appears the Bills have made their first splash in free agency. According to Adam Caplan of Sirius XM, the Bills have agreed to terms with former New Orleans Saints linebacker A.J. Klein. It's reportedly a three-year deal worth $18M [$9.7M guaranteed].

Klein, 28, spent the last three seasons with the Saints, starting all but one game during that stretch. Before joining the Saints, Klein played under current Bills head coach Sean McDermott with the Carolina Panthers for four seasons.

At first glance, Klein appears to be who the Bills are hoping will fill the void left by Lorenzo Alexander's retirement. Klein is a special teams stud and is often praised for his ability to stop the run. He'll join an incredibly talented linebacker core featuring Tremaine Edmunds and Matt Milano.