Prospect Profile: All aboard the Kyle Dugger hype train 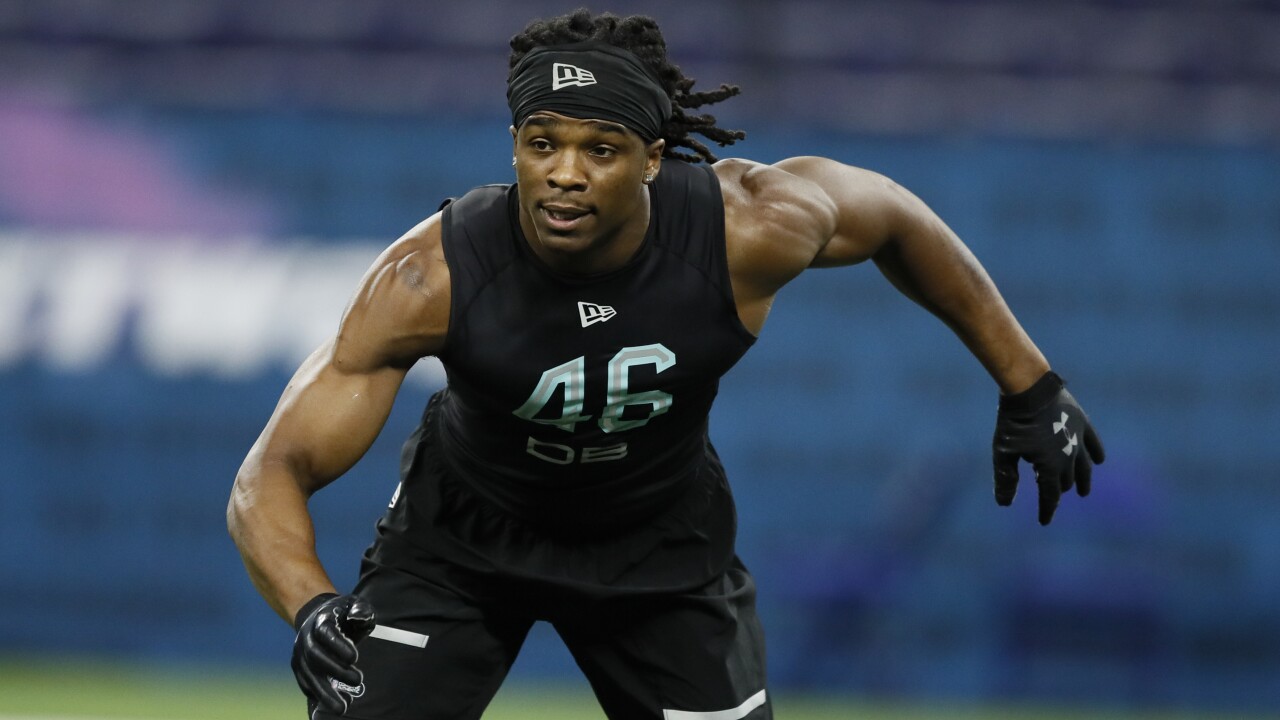 Kyle Dugger has been called by some the NFL Draft’s best-kept secret. That’s certainly high praise for the defensive back from Lenoir-Rhyne, the small Division-ll school in North Carolina.

So what makes Dugger such an intriguing prospect? It all starts with his versatility.

At 6’1” & 217 lbs, he can line up all over the field on defense and on special teams. If selected by the Bills, he would likely take over the starting job as the big nickel, an important role on any defense coached by Sean McDermott.

Lance Zierlein of NFL.com said Dugger looked like “a man among boys” this past season and 7 ABC contributor and The Athletic writer Joe Buscaglia agrees.

“He’s on a constant seek and destroy mission,” Buscaglia said with a laugh. “Whenever he finds the ball he just goes and tries to take the dude out.”

During his senior season, Dugger missed several games due to a hand injury. In the seven games he started, Dugger registered 31 tackles, two interceptions, and four pass breakups. So while his time on the field was limited, it was not unnoticed by the Bills front office. According to Matthew Fairburn of The Athletic, the Bills had high ranking scouts at Lenoir-Rhyne three times this season.

“He plays with a lot of explosiveness,” Buscaglia added. “Maybe his instincts need to be a bit better but I think if you’re putting him in zone coverage and allow him to blitz off the edge, that adds a different element to your defense.”

Dugger isn’t the best in pass coverage but that becomes less of a problem if added to a defense with Tre’Davious White, Micah Hyde and Jordan Poyer. He has the skill set to cover tight ends and is solid in run coverage.

And the cherry on top? Last season, Dugger averaged 14.6 yards per return and scored two touchdowns as a punt returner. With Andre Roberts on the roster, the Bills don’t desperately need a returner this season but next season when Roberts becomes a free agent, this would be one less position the Bills would need to address. Dugger could also act as a gunner on special teams. We saw how important Siran Neal was to the special teams unit last year and it's not crazy to think Dugger could provide a similar skill set.

With no first-round pick, it's important for the Bills to find a player at No. 54 who can step in right away and make an impact. Dugger accomplishes that and provides them with a ton of flexibility, which is something valued by both McDermott and Beane.