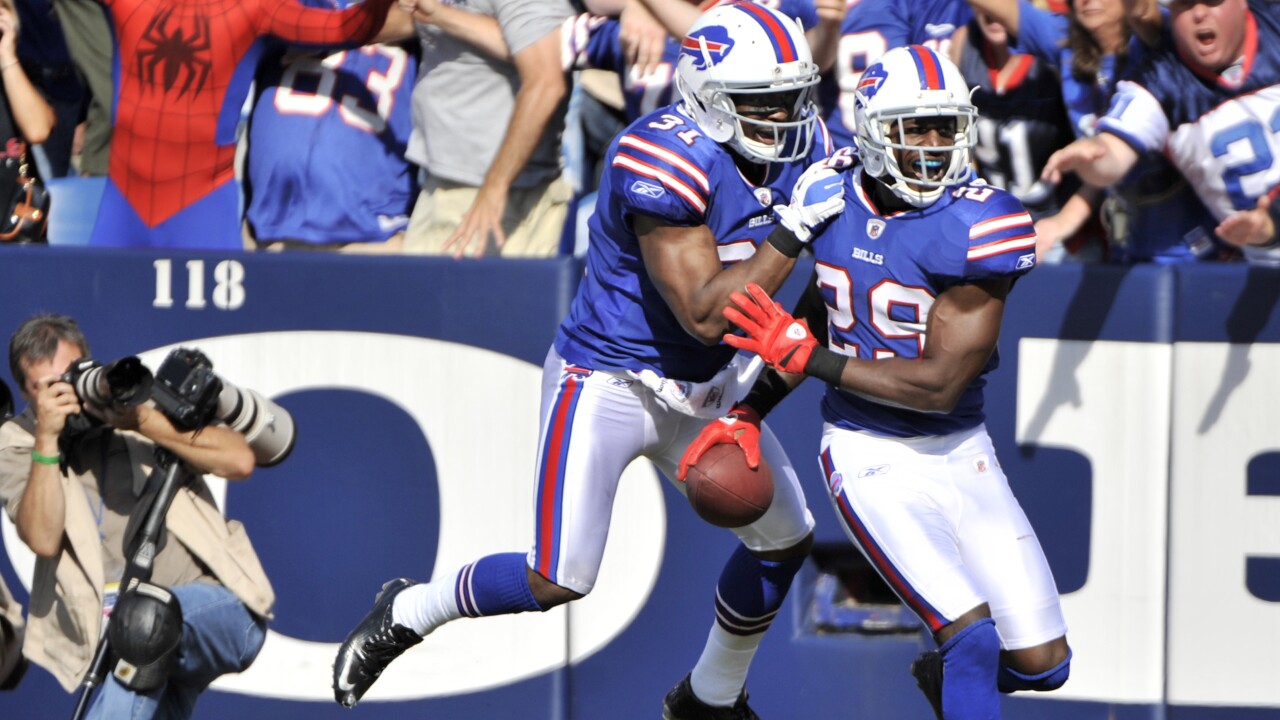 Gary Wiepert/ASSOCIATED PRESS
Buffalo Bills Drayton Florence (29) celebrates an interception return for a touchdown with Jairus Byrd (31) against the New England Patriots' during the second half of an NFL football game in Orchard Park, N.Y., Sunday, Sept. 25, 2011. (AP Photo/Gary Wiepert)

ORCHARD PARK, N.Y. (WKBW) — It took nine years, one month, and seven days, but the Buffalo Bills have once again defeated the New England Patriots in Orchard Park.

Before Sunday, the last time the Bills beat the Patriots at Bills Stadium (then Ralph Wilson Stadium) was September 25th, 2011.

Here's a snapshot of what was going on in the world during that time.

According to the Billboard Hot 100 chart, the number one song that week was "Moves Like Jagger" by Maroon 5 featuring Christina Aguilera.

The number one New York Times best seller for that week was "The Help."

The average price for a gallon of gas in Upstate New York that month was roughly $3.79.

The Bills ended up finishing fourth in the AFC East that season with a 6-10 record, while the Patriots finished first in the AFC East with a 13-3 record, making all the way to the Super Bowl, only to lose to the New York Giants.