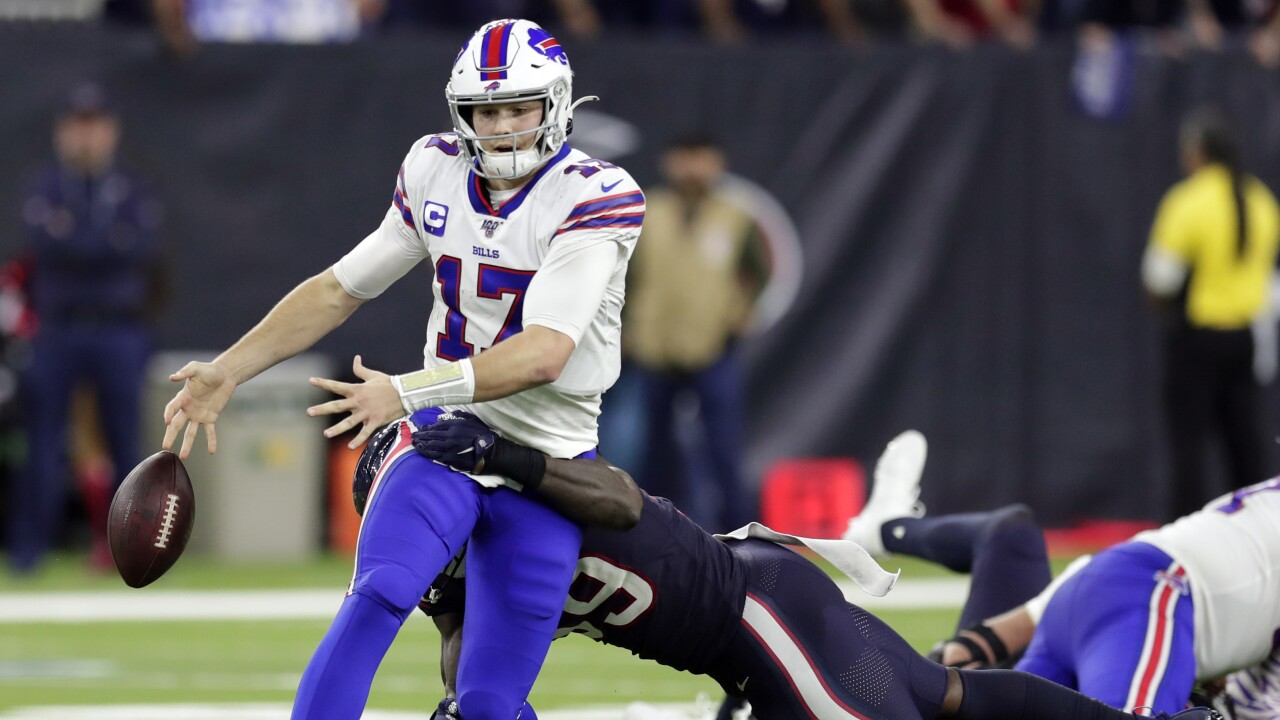 Michael Wyke/AP
Buffalo Bills quarterback Josh Allen (17) fumbles the ball as he is hit by Houston Texans outside linebacker Whitney Mercilus during the second half of an NFL wild-card playoff football game Saturday, Jan. 4, 2020, in Houston. The Texans recovered the fumble. (AP Photo/Michael Wyke)

Where to begin? How about the 3rd and 18 conversion from Duke Johnson? Or the heroic effort from Deshaun Watson to somehow break away from both Siran Neal and Matt Milano, only to find former Bill Taiwan Jones for the biggest play of the game. Or maybe even the Frank Gore run with less than two minutes left in the fourth quarter.

This game was weird. As a matter of fact, it was wild. It put the wild in wild card weekend. But the Bills should’ve won, and in the locker room afterward, they knew that.

“They made the plays and we didn’t”, a visibly frustrated Cole Beasley said afterward.

“We made too many mistakes,” Mitch Morse added.

“We make one of two different plays and it’s a different game,” Josh Allen said, “But at the end of the day we didn’t. Hats off to the Texans, they played a great game. It’s going to be a long offseason but we’ll learn from it.”

That was the sentiment throughout the room. Players on expiring contracts shared moments with what could soon be their former teammates. They thanked each other for an unforgettable season and vowed to stay in touch.

But then, there were the players who tried to be optimistic. That’s easier said than done after a game like Saturday’s.

“Going into the offseason this is something we’re never going to forget,” Tre’Davious White said. “This is going to make us stronger.”

So as we say goodbye to another season, the bitter ending of the 2019 season will linger for months. Maybe that adversity is just what this team needs to get over the hump. Or maybe not