Feliciano excited to be back, expected to make season debut this weekend 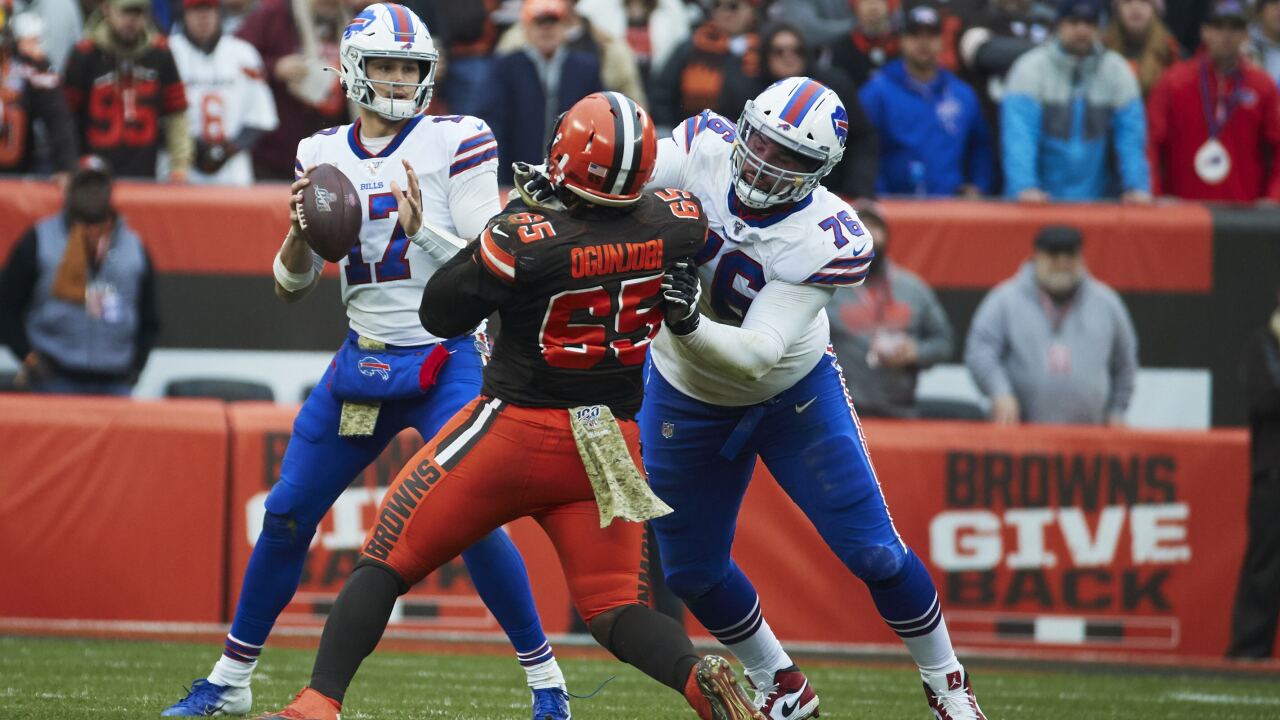 "I gotta apologize to the training room and wife," laughed Feliciano. "The last seven weeks haven't been my best."

Feliciano hasn't played in a game since January after undergoing shoulder surgery. He was ready to go until he suffered a pectoral injury this summer, placing him on injured reserve right before the season began. Rehabbing through an injury like that hasn't been easy.

"It's been the worst injury pain-wise," Feliciano said. "A few weeks go by and you're working hard and you're feeling good. Then people tell you you're gonna start doing more things and if and when it starts hurting, you've gotta keep your emotions right."

After missing the first seven games of the season, Feliciano is set to make his season debut this Sunday when the team takes on the New England Patriots. He would've loved to be involved in the team's first few games and wins of the season, but says timing is everything.

"I think it's a credit to the coaches and training staff. They didn't rush me back. I was trying to get activated weeks before they did activate me," Feliciano said. "Thankfully they didn't listen to me and kept me safe."

Feliciano started all 16 games last season at right guard, but with the injury to Cody Ford, the Bills could have him line up on the left side. We've seen the Bills shuffle their offensive line a few times this season and Feliciano is ready and willing to play wherever the team needs him to.

"Whatever I can do to help this team, I will," Feliciano said. "I started right guard all last year but in college I was mainly left guard, as well in Oakland for a few games."

He'll join a Bills offensive line that's trying to get the run game going. It's an area where the Bills have somewhat struggled since the start of the season with Devin Singletary and Zack Moss still searching for their first 100-yard game of the season.

"I think it's more just our guys getting used to playing with each other. We've had so much shuffling pieces. It's gonna take some time but we've been getting back to our fundamentals to get all the little things down," Feliciano said of the run game. "We're definitely a pass-first team now which is fun to watch, but with some stability that's [run game] gonna come."