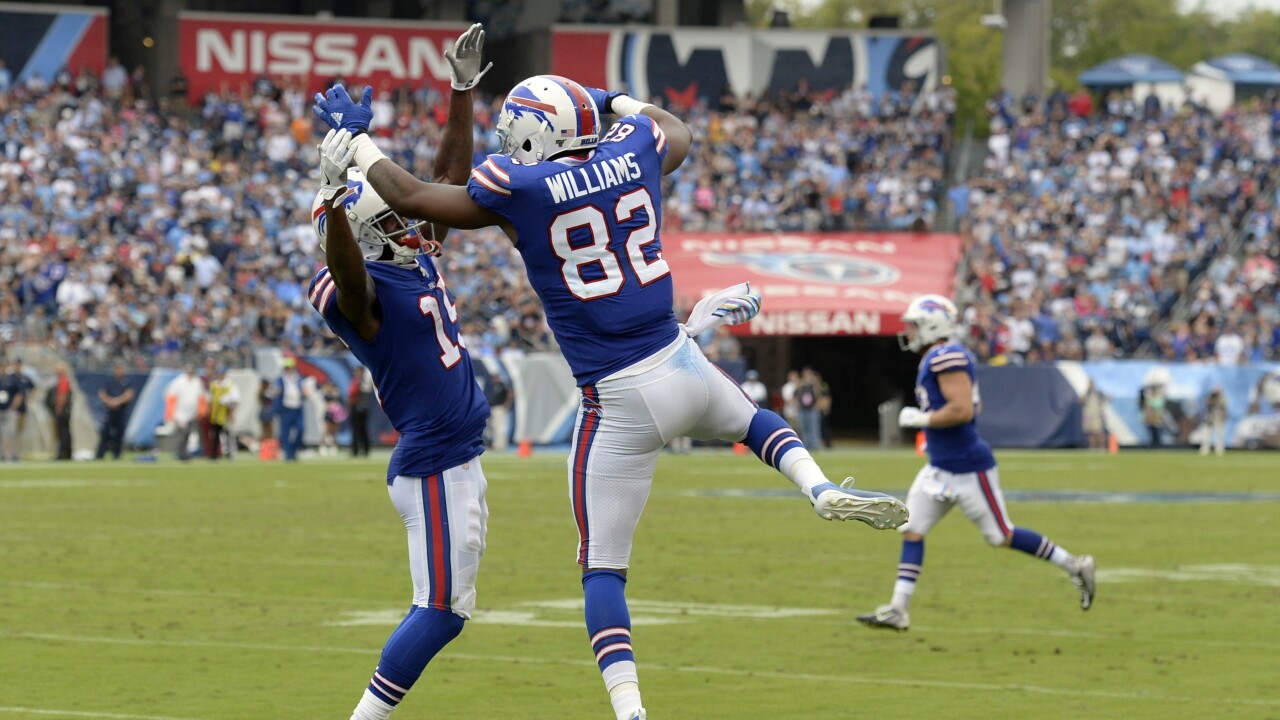 On Saturday the 26-year-old rookie wide receiver was promoted from the Bills practice squad to the 53-man roster. 24 hours later he caught the game-winning touchdown as the Bills improved to 4-1 with their 14-7 win over the Tennessee Titans.

The man of the hour #Bills @WKBW pic.twitter.com/6rxGReYphP

"It hasn't even sunk in yet," Williams said after the game. "All I was thinking was that if I could get my hands on it, I'm coming down with it. I knew it was a tie game and I saw that ball and I wasn't letting anything stop that. Not at this moment right here."

"He makes plays," Bills head coach Sean McDermott said about his rookie wideout after the game. "He's a young player and I thought he gave us something today."

For your viewing pleasure:

Williams finished the day with four catches for 29 yards and a touchdown. While the stat line might not jump out, he was featured far-more than fellow WR Zay Jones, who according to Joe Buscaglia of The Athletic, had just one offensive snap.

After the game, QB Josh Allen screamed "I love you man" as he hugged Williams in the tunnel. Williams was also given the game ball after the win.

"His story is pretty awesome," Allen said. "For him to play in his first NFL game and play the way he did, and make a critical catch for a touchdown there. I just wanted to let him know that I appreciate him."

While Williams might receive the most love for his performance on Sunday, the Bills defense once again proved to be one of the most dominant units in the league. It didn't hurt that Titans kicker Cairo Santos missed four field goals [one was blocked], but the defense allowed just seven points, the fewest they've surrendered to an opponent all season.

"It was a team effort," defensive tackle Jordan Phillips said after his three-sack performance. "We fight for each other. We don't care who gets the sacks, or tackles, or whatever. As long as they get down, as long as we win, that's all that matters. That's the best thing about this team."

After Sunday's win, the Bills are now allowing their opponents to score on average just 14 points a game.

"We just went out and played. We're not here to make statements. We didn't play our best football. We gave up seven points and I felt like we played a bad game," safety Micah Hyde said after the win. "We'll watch the film and make corrections going into this Bye Week and get some healthy bodies and try to make a run for it."

While the defense certainly didn't play "a bad game", Hyde hit the nail on the head about getting healthy during the bye.

Against the Titans, the Bills watched Mitch Morse, Cody Ford, Trent Murphy and Matt Milano all suffer different injuries. The severity of those injuries has yet to be determined but with two weeks until the Bills' next game, there will be time for some much-needed rest and recovery.

This is a long response but if you have 47 seconds I highly recommend you give it a listen. TE Lee Smith explains what makes this team so special #Bills @WKBW pic.twitter.com/g6BTmR5Fuy