Diggs embracing role as leader on and off the field 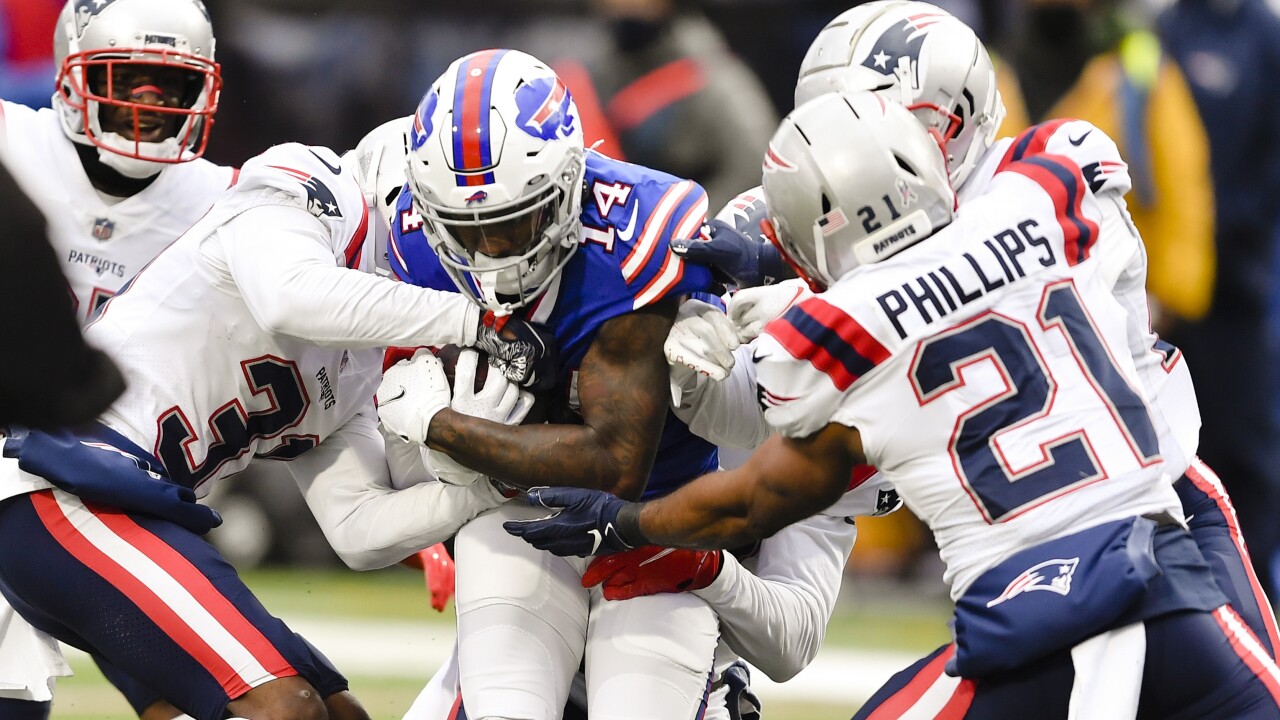 ORCHARD PARK, N.Y. [WKBW] — When the Buffalo Bills traded for Stefon Diggs in the offseason there were plenty of skeptics. Eight months later, Diggs is leading the NFL in receptions [63] and receiving yards [813 yards] after just nine games. So yes, you could say things are going well.

“I went into this new year just trying to be the best player, the best teammate, and it’s been working," Diggs said Wednesday. "I’m going to continue to try and do that and just work as hard as I can and keep putting my best foot forward.”

If you have a minute, watching his response is worth your time @WKBW pic.twitter.com/TZriaqbfPF

During the Bills first nine games, Diggs has been targeted by quarterback Josh Allen 91 times. In 2019, Diggs was targeted just 93 times during 15 games with his former team, the Minnesota Vikings.

"He’s gotten a lot of targets and a lot of catches because he’s doing his job and getting open and creating separation and producing run after the catch," Allen said of his new No. 1 wideout. "All these things make you want to throw him the ball more."

But it's not just the stats that make Diggs such an important player for the Bills. In his short time with the team, he's become a leader both on and off the field.

“Everyone can go on a computer and find the numbers. I believe it goes beyond that. There are a lot of intangibles in there as well that we as a team have benefitted from,” head coach Sean McDermott said. “The mentality, the attitude, the energy, the toughness, unselfishness. You see other guys catch balls, he’s blocking for them. When the run game gets going he’s blocking out there. So as a head coach, I really appreciate those intangibles and that mentality.”

Question: Has this gone better than maybe you anticipated?