Diggs deal proves the Bills are all-in on 2020 season 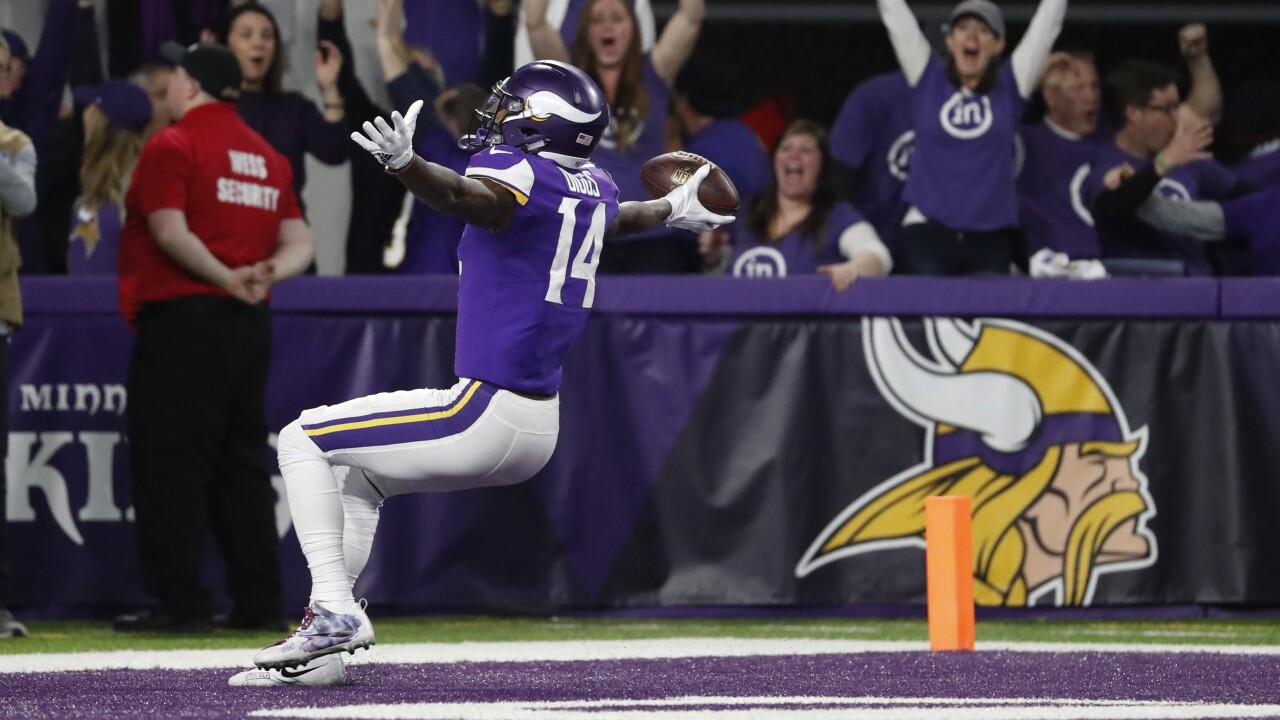 Jeff Roberson/AP
Minnesota Vikings wide receiver Stefon Diggs (14) celebrates in the end zone after a game winning touchdown against the New Orleans Saints during the second half of an NFL divisional football playoff game in Minneapolis, Sunday, Jan. 14, 2018. The Vikings defeated the Saints 29-24. (AP Photo/Jeff Roberson)

BUFFALO, N.Y. [WKBW] — How many times have we talked about the Buffalo Bills using their first-round pick in 2020 on a wide receiver? Turns out, that's exactly what GM Brandon Beane had in mind -- he just the 22nd pick a bit differently than most of us were anticipating.

On Monday the Bills added a true No. 1 wideout in Stefon Diggs, giving Josh Allen the most dangerous weapon he's had as the Bills starting QB. Diggs is an elite route runner, has an extremely favorable contract and proves the front office is going all-in on the 2020 season.

Coming off his best season as a pro, Diggs immediately improves the Bills offense and makes both John Brown and Cole Beasley better. I love how ESPN's Mina Kimes described the addition when she tweeted: "Diggs, Brown, and Beasley is such a fun WR group....like a kitchen stocked with every ingredient."

An elite route runner, Diggs often creates separation from defensive backs, ultimately making life a lot easier for the guy throwing him the ball. While route running may be his specialty, Diggs has a knack for breaking off the big play while proving to be a consistent threat. Need we remind you of the Minnesota Miracle? But it's not like that play was an isolated incident. Since 2017, Diggs has 10 games with at least 100-yards [the 12th most during that span]. Shoutout to Joe, better known as BuffaloWins, for that stat.

So did the Bills give up too much? That's the question most Bills fans are wondering now that the NFL Draft has gotten a lot less interesting. I keep coming back to this -- Diggs is the best-case scenario if they would've selected a WR at No. 22.

He's a proven player in the NFL, he has a great contract and he makes an immediate impact. Sure, the Bills gave up a bunch but that's the cost of business unless you're making a deal with the Texans. In a perfect world, they wouldn't have parted ways with their first-round pick but the upside was just too enticing for Beane.

Rejoice Bills fans -- this is the most impressive wide receiver room the team has had in a long, long time. But be forewarned -- this also puts a lot of pressure on Allen. With the weapons he now has, there are no more excuses for the soon-to-be third-year QB.

Shortly after the trade, Allen tweeted "Ya Digg?"

The newest Bills wideout responded with "LETS GET IT"

So at least on the surface, it appears he's excited to be coming to Buffalo. As are Bills fans, especially those who still have Ryan Fitzpatrick and Sammy Watkins jerseys hanging in their closets.