Bové: You should still be optimistic about the Bills 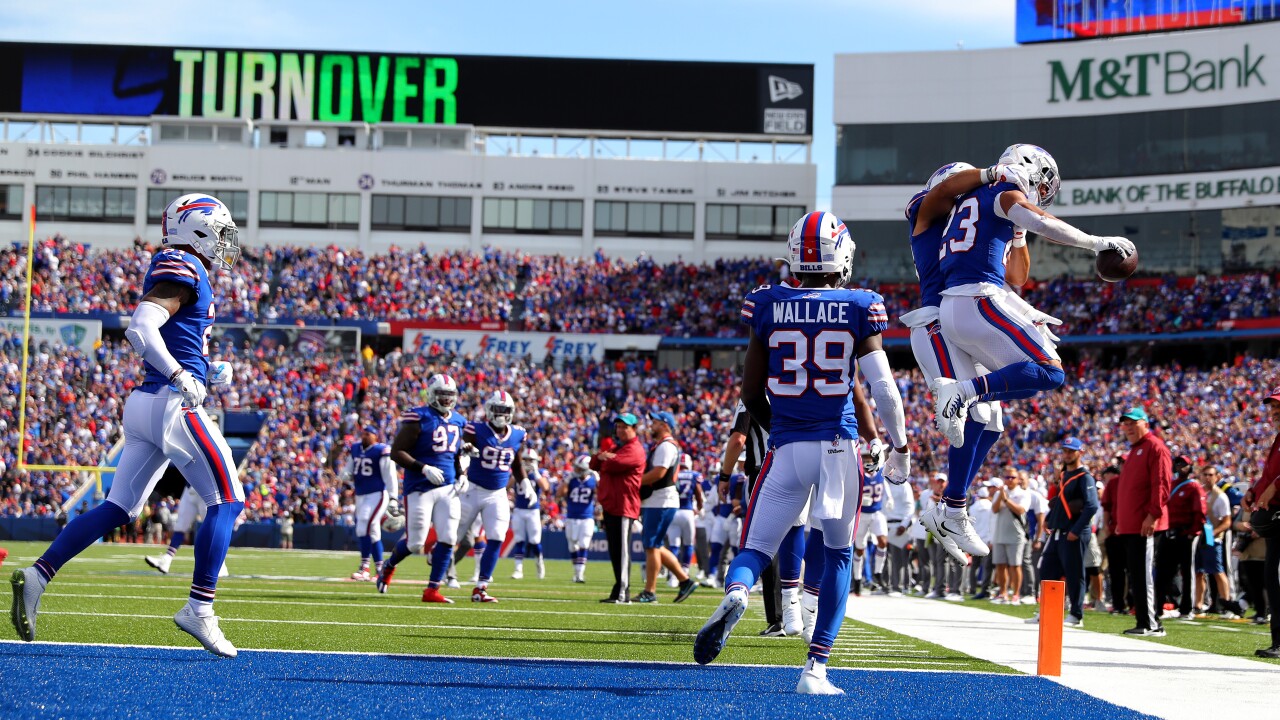 ORCHARD PARK, N.Y. (WKBW) — We knew the Bills defense was going to be good. We didn't know they were going to be this good.

Despite the Bills 16-10 loss to the New England Patriots, there are still plenty of reasons to be optimistic about the 2019 season. And those reasons start with the Bills defense.

On Sunday the defense held Tom Brady to just 150 yards passing on 39 attempts and one offensive touchdown. He averaged 3.8 yards per attempt, his lowest rate in a win in his career [ESPN Stats & Info]. His 45.9 passer rating was also the lowest rating he's ever had in a victory.

"We know they have a great defense. They're well-coached, they're strong in all three areas, defensive line, linebackers and secondary," Patriots head coach Bill Belichick said after the game. "They made it hard on us like they always do."

"They're really good. They've got a good defense," Patriots QB Tom Brady said after the game. "They're going to be in a lot of games."

That they will -- especially with a defense that has held all four of their opponents to under 20 points so far this season. But on Sunday Bills safety, Micah Hyde said they could've done more to help their team win.

Micah Hyde said the #Bills defense didn't do enough today to get the win @WKBW pic.twitter.com/Uk89Q33O1E

"We didn't do enough," Hyde said after the loss. "I don't think you guys are going to possibly understand that because you will sit here and say how good we played but ultimately we didn't win the game and we felt like we could've done more."

While it's admirable that Hyde would take some of the blame, the Bills didn't lose on Sunday because of their defense. They lost because their offense was putrid during the first half and they made way too many mistakes. Josh Allen, before leaving the game with a concussion, threw three interceptions in what was certainly his worst game of the season. And yet despite their inability to put points on the board, the Bills defense allowed just nine points.

"Our defense is who they are for a reason and they do a hell of a job," left tackle Dion Dawkins said after the game. "Next week the offense needs to show up a little more for those defensive guys."

Cole Beasley: I'll go to war with this team every single day

Dion Dawkins: This game will not define us...so for all the haters, keep hating #Bills @WKBW pic.twitter.com/Ybq1pASbTe

A hell of a job might be putting it lightly. Moving forward the Bills will need more out of their offense if they expect to beat the better teams in the league. There will be weeks when the defense struggles, and until the offense can prove they can win a shootout, the Bills won't be viewed as an elite team in the league. But with a defense this good, they'll always be within striking distance of their opponents. That is, of course, if they aren't already winning.

So while Sunday didn't go according to plan the Bills will now head to Nashville with a 3-1 record. NFL teams often break the season down into four separate segments and while the Bills insist they take things week to week it's hard not to be happy with a 3-1 start. I'd venture to guess every Bills fan would've taken that before the start of the season. The schedule gets harder from here on out but Sunday showed us this defense can be one of the best units we've seen in a long time.