Bové: Josh Allen rebounds in a big way with his best game of 2019 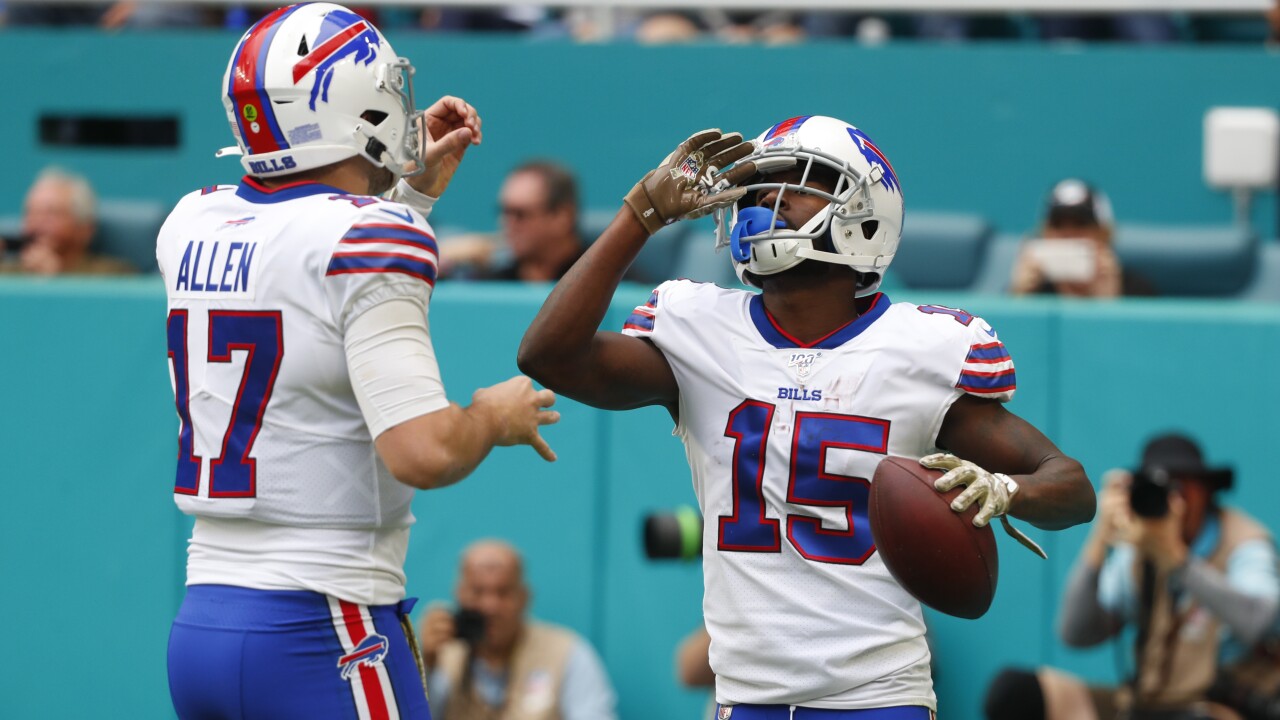 MIAMI GARDENS, FLA [WKBW] — Bills wideout John Brown thinks the offense played their best game of the season against the Dolphins on Sunday.

It's hard to argue otherwise.

The Bills scored 37 points, their most of the season. Before Sunday, Buffalo's best offensive performance was when they scored 28 points in Week 2 against the Giants.

That is playing fearless.

Josh Allen with the bomb to John Brown #Bills pic.twitter.com/oj1k7EoT1Z

"We just knew what we had to do," Brown said after the win. "We had to eliminate the mistakes we were making and be more dialed in than we've been. We haven't made our best game yet, that [today] was our best game but we've still got a lot of corrections to make."

"They [the offense] were lights out today,"head coach Sean McDermott told 7 ABC after the game. "They did some good things and when the Dolphins made big plays they answered, and that's good to see."

Josh Allen led the way with one of his best games as a pro. The second-year QB had four total touchdowns [three passing, one rushing] and 312 yards [256 passing, 56 rushing].

Allen now has 13 touchdowns and 7 interceptions on the season for 2,165 yards. On the ground, Allen has seven rushing touchdowns and 331 yards. 20 total touchdowns in 10 games. Not great, but not terrible either for a player who is still developing.

"I'm never too high and I'm never too low," Allen said after his best game of the season. "It's great that we won today and we got to win No. 7 but we're looking for No. 8 now. So I need to learn, I need to grow and find places where we can get better."

His best throw, at least in my opinion, came on John Brown's first touchdown of the day. The two connected for a 40-yard touchdown as Allen found Brown down the sideline with a frozen rope.

I asked John Brown after the game about his first TD of the day, a 40-yard frozen rope from Josh Allen.

"There are only a few QBs that can make that throw" @WKBW #Bills pic.twitter.com/739HGoOJkU

While Brown was happy to dish out some praise for his quarterback, it's hard to explain just how valuable the wideout has been to the Bills offense. With 137 yards on Sunday, Brown now has 817 receiving yards in 10 games. He's on pace to surpass 1,300 yards and catch six touchdowns. In 2018, Zay Jones led the Bills with 652 yards. It's funny how quickly things can change.

On the ground, the Bills rushed for 168 yards. Devin Singletary led the way with 75 yards, Allen had 56 and Frank Gore had 27 against his former team. Miami, on the other hand, rushed for a total of 23 yards. Yikes.

So while the Bills offense certainly isn't fixed, they took a step in the right direction against an opponent they should dominate. Next week things get a lot tougher when the Denver Broncos come to town. If the offense posts these same numbers against them, then we can start talking about whether or not the offense is legit.