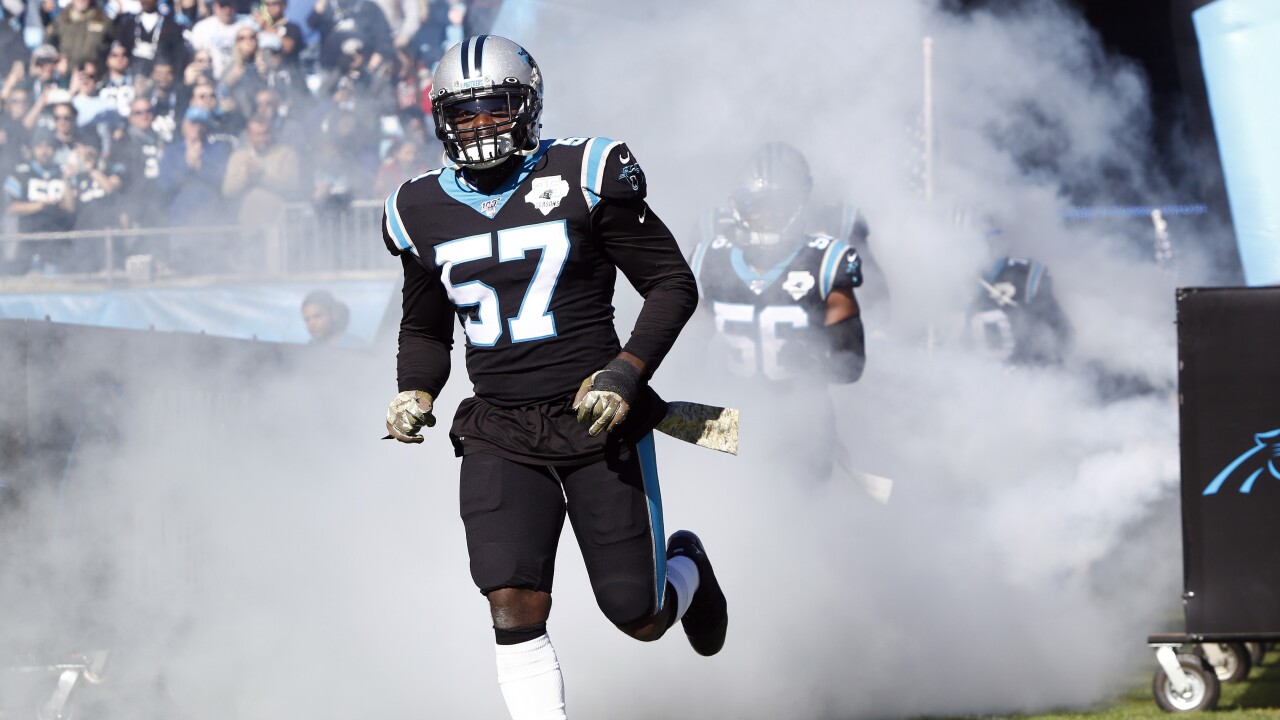 BUFFALO, N.Y. [WKBW] — On Monday the Buffalo Bills acquired linebacker Andre Smith from the Carolina Panthers in exchange for a conditional draft pick in 2023. According to Ian Rapoport of NFL Network, it's a conditional seventh round pick going back to Carolina.

Smith, who was a seventh-round pick in 2018, has spent much of his first two seasons in the NFL as a special teams contributor. Last season, Smith took 66 percent of special teams snaps for the Panthers. He also recorded five tackles as a defender.

Carolina was planning on waiving Smith, but worked out a deal to send him to Buffalo before he was able to be claimed by another team. If Smith makes the Bills 53-man roster, he'll likely once again be featured on their special teams unit and as a depth option at linebacker.