Bills running back and rugby star Christian Wade: "We have the best fans in the world" 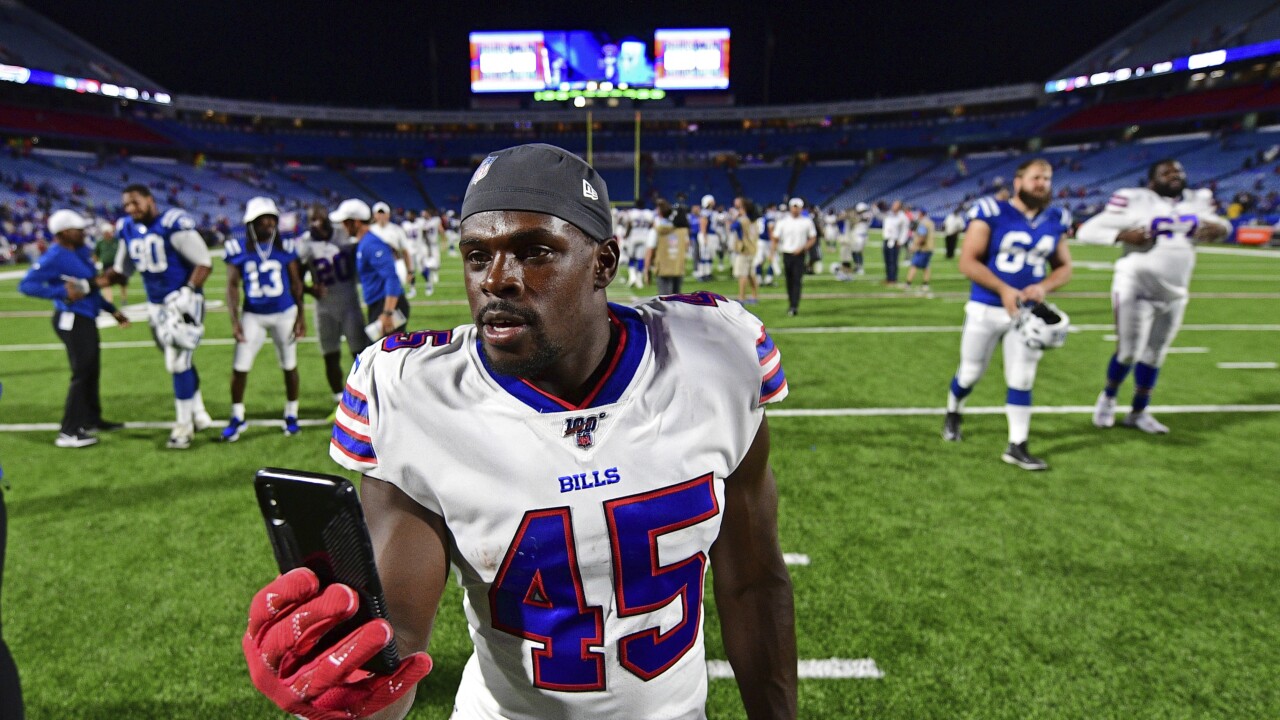 (WKBW) — Buffalo Bills running back Christian Wade knows a thing or two when it comes to football fans across the world.

So when he says Bills Mafia is legit, you know he means it. The 28-year-old running back from England compared Bills fans to soccer fans overseas.

"Football fans in America are just wild. We have the best fans in the world, Bills Mafia," Wade told ESPN UK reporter Nat Coombs in an interview. "They are just crazy, throwing people through tables, although they have calmed down with that because there has been obviously a lot of injuries and the emergency room was overflown with Bills fans."

Wade even mentioned the tailgating scene at New Era Field and talked about Pinto Ron. "They've got the ketchup and mustard fan. He stands there and someone...and everyone squirts mustard and ketchup all over him and his beard."

As for the commitment shown from the fans, Wade said, "whether it’s rain, sun, sleet, snow, they’re always out there.”

The recently converted rugby star became a Bills fan favorite during the preseason. Wade came over to Buffalo thanks to the NFL's International Player Pathway Program, which gives athletes overseas a chance to make it in the NFL.

Wade talked about how lucky he is to play for the Bills. "Just the whole setup from my owners Kim and Terry Pegula investing how much in terms of facilities. I believe we have the best facilities in the league. And then just the way we travel. The culture that's been created by obviously us as a team but it's been driven by coach McDermott."

You can watch the full interview below.