From rugby to the NFL: Christian Wade proves talent can be found anywhere 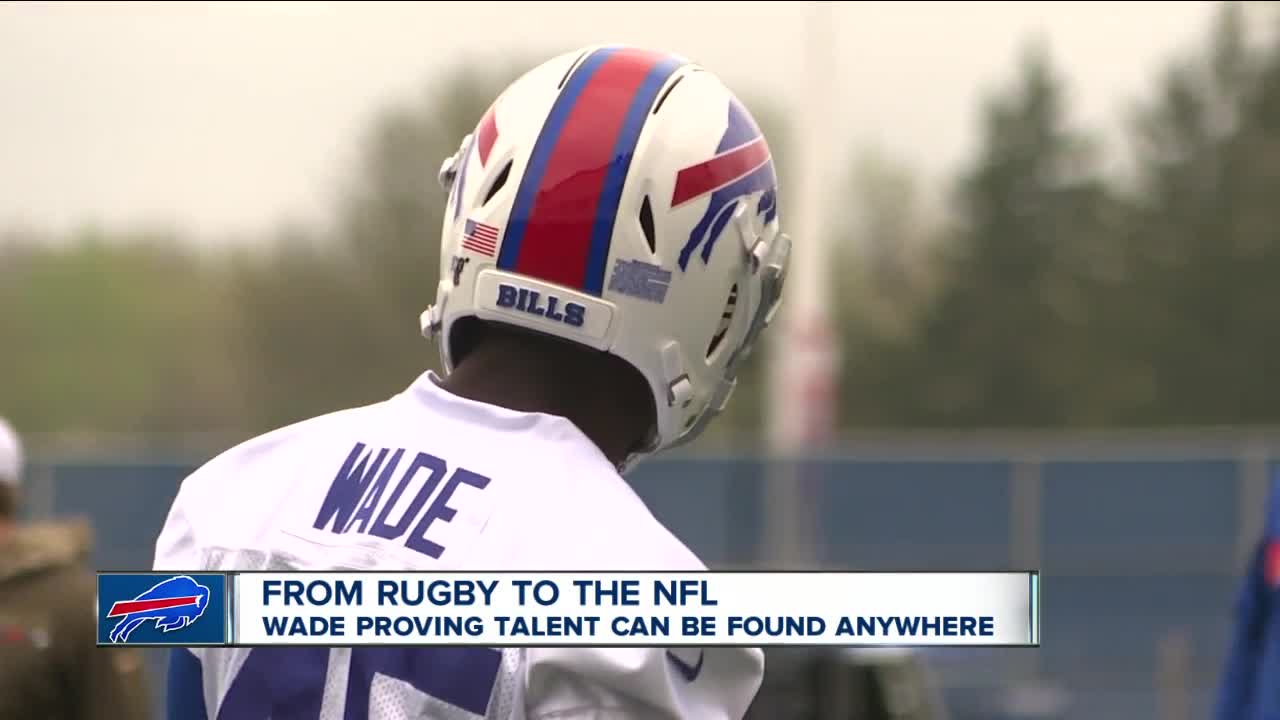 BUFFALO, N.Y. (WKBW) — Christian Wade, originally from England, had been playing rugby since he was 12-years old. It took a while though for him to really enjoy it.

"I'd see it on TV and would change the channel," Wade laughed. "I was not interested in rugby. Guys were getting muddy, diving on the floor and stuff."

Wade had the speed needed for the sport and eventually, he was talked into playing.

He ended up being really good. He scored 82 Premiership rugby tries or what Americans call, touchdowns, and currently ranks third on the league's all-time list. He was a natural on the field but trying American football was always something in the back of his mind.

"For me, it was just something in my head like it would be cool to try but probably won't happen," he said.

But it was a possibility thanks to the NFL's International Player Pathway Program which gives athletes overseas a chance to make it in the NFL. Others had done it before and Wade was interested in giving it a shot.

Getting on a team was not a guarantee but Wade was ready to say hello to a new opportunity. After retiring from rugby, he attended IMG Academy in Florida where he started to learn about the game along with others who share the same goal.

"There was one time probably a month in where they said alright we're gonna give you these plays and you need to learn various ones and we had the whole week to learn it," said Wade. "When it came to the end of the week, they were calling plays out and we were still getting them wrong."

Months after he first started the process, Wade was one of a few players selected for the Program and was placed with the Buffalo Bills.

He first worked with the team at rookie mini-camp following the NFL Draft. He's since participated in every other practice, improving his game and learning from those around him. It's hard not to notice his work ethic and natural ability.

"I have great appreciation for what he's trying to accomplish here and that attitude hasn't changed," Bills head coach Sean McDermott said. "His energy, his smile, he's got great joy, and I think that's infectious."

Wade is still learning every time he hits the field but considering where he started, he's come a long way.

"If someone was to see my journey or our [others in the Program] journey from where we were to where we are now and the amount of stuff we know compared to what we didn't know, I think a lot of people would be amazed at where we are," Wade added.

Wade's embracing the new challenge and while he isn't a Western New York native, he knows he's got Bills Mafia behind him.

"People are already embracing me and saying I'm rooting for you," Wade said. "I think that definitely gives me a lot of encouragement and helps me to know I've got support from people here and back home as well."