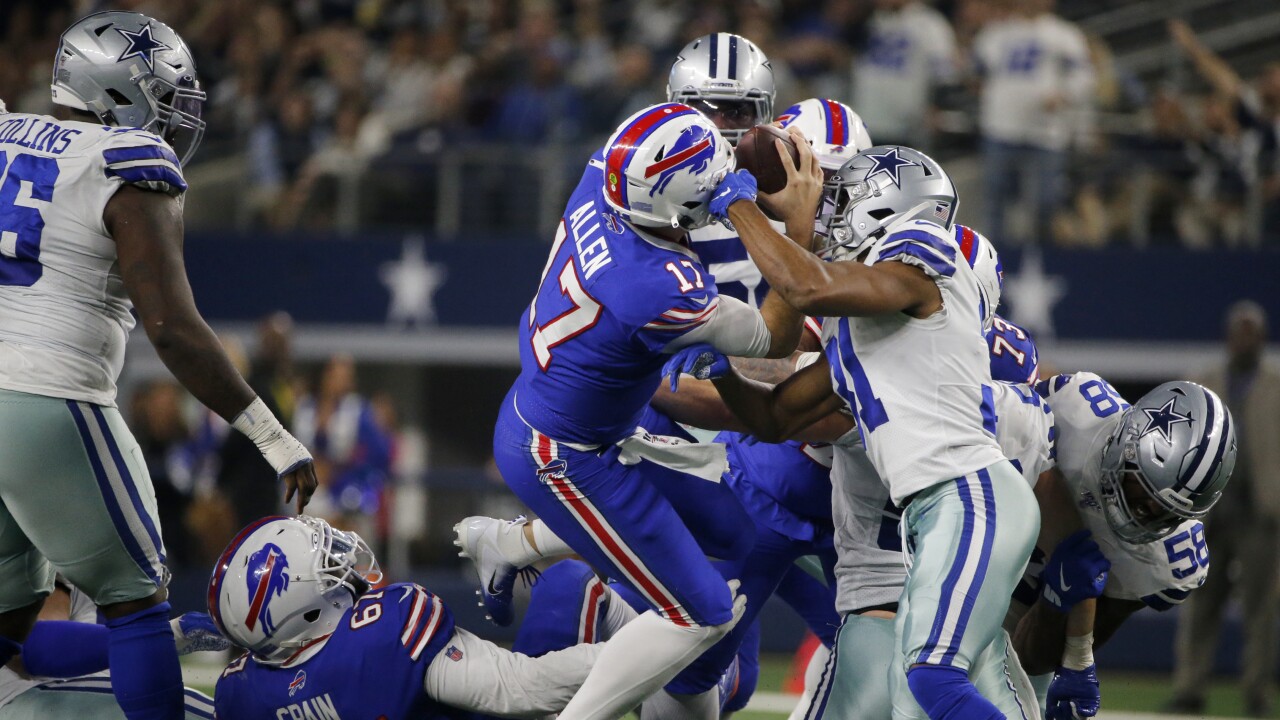 DALLAS, TX (WKBW) — Josh Allen didn’t have much to say about his ridiculous 4th and 1 conversion in the second quarter. His teammates on the other hand couldn’t stop talking it.

“On fourth down, fourth and short, fumbling the snap, I’ve got to do a better job with that, and get the ball to our running back and let him do the job," Allen said. "But I wanted it. I wanted it really bad."

“He’s just a competitor,” Jon Feliciano said. “A lot of other quarterbacks would’ve just let the play finish. Not with Josh. He’s the ultimate competitor and that’s why he does things like that.”

The play started with a botched exchange between Allen and center Mitch Morse. When the ball hit the ground, it looked like the play was dead and the Bills would turn it over on downs. But before the whistle blew, Allen scooped up the ball and dragged several Cowboys defenders along with him as he converted the 4th down. It was surely one of Allen’s most impressive plays as a pro.

“There are not many quarterbacks like him,” wide receiver Cole Beasley added. “I’ll follow him anywhere. I’m not much of a fighter but I’ll follow him into a bar fight any day.”

On the next play, the Bills found the back of the end zone with a crazy trick play as wide receiver John Brown connected with running back Devin Singletary on a 28-yard pass.

“I played some backup quarterback in Pop Warner,” Brown said with a smile.

But without the conversion from Allen, Brown wouldn’t have gotten to show off his QB prowess. Bills head coach Sean McDermott acknowledged the importance of Allen’s play after the game.

“I think the players feel that. Whoever it is, Josh in this case, the players they have so much respect for Josh and they feel that, they want to play for him.”

That they do. Allen once again made steps in the right direction and it happened to come on the biggest stage.

“We knew what an opportunity this was and I’m very thankful for that,” Allen said after the game. “It’s truly a blessing to come and play this game and to come play for this organization on such a famous day. To think I’d be playing in this when I was little is pretty surreal.”

Allen has now scored at least two touchdowns in eight consecutive games, which is the longest in the NFL. During that stretch, the Bills second year QB has 13 passing touchdowns, five rushing touchdowns and two interceptions.

“We have a lot of confidence in him,” McDermott added. “He just works so hard to try and continue to grow every day.”