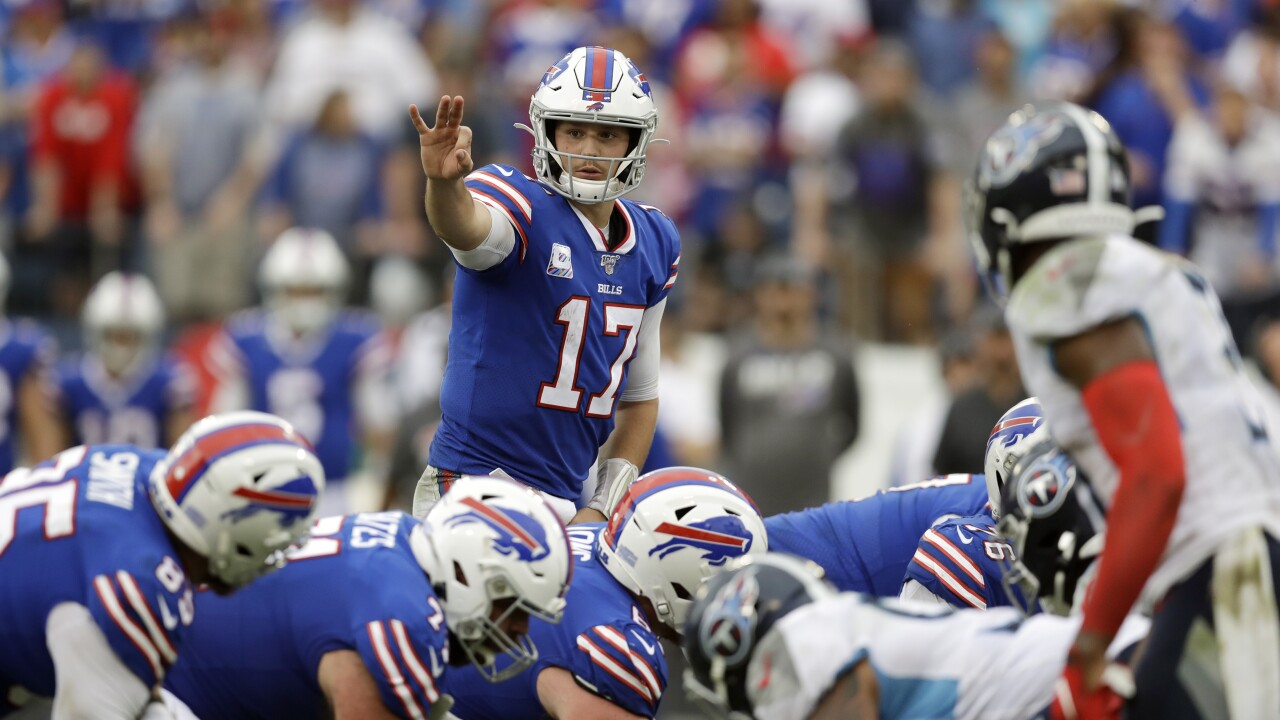 ORCHARD PARK, N.Y. [WKBW] — With plenty of questions surrounding the Week 5 matchup against the Tennessee Titans [3-0], all the Buffalo Bills [4-0] can do is prepare for a game.

“We're taking it one day at a time, we’re not writing anything off yet, we really don’t know what’s going to happen," Bills quarterback Josh Allen said Wednesday. "The best thing we can do is prepare like we’re playing a game on Sunday.”

“It’s important we focus on the pieces that we can control," head coach Sean McDermott added. "For us, that is aimed at making sure that we’re doing things right here and that we have a good week of practice leading up to the game.”

Whether or not that game will happen remains to be seen. According to ESPN, two new members of the Titans tested positive for COVID-19 on Wednesday, bringing the total number of positive cases within the organization to 20.

“For us, we’re going to prepare like there’s a game and anticipate there being a game and practice like there’s going to be a game," Stefon Diggs said. "So even if there isn’t, we’ll be preparing for every opponent and we want to stay on point."

When asked if he was frustrated with the uncertainty surrounding the game, Allen said the Bills have a good thing rolling and they want to keep their momentum going.

Josh Allen on the #Bills scheduled game this weekend against the #Titans with so much still up in the air @WKBW pic.twitter.com/TX3Q65w5gA