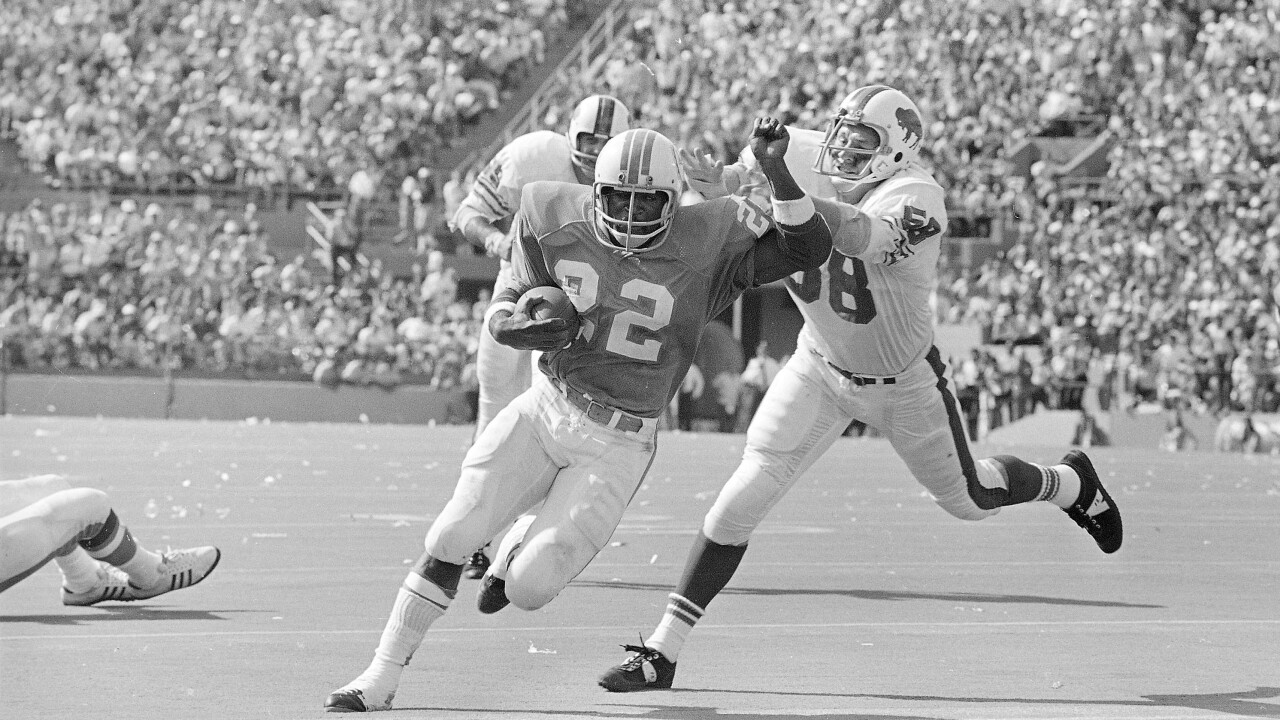 Jim Bourdier/AP
Miami Dolphins Eugene "Mercury" Morris (22) scores the winning touchdown Sunday, Oct. 23, 1972 in the Orange Bowl against Buffalo Bills as the Dolphins, in their 24-23 win, remain pro football only unbeaten team this season. Trying to stop Morris on his 15 yard jaunt in the fourth quarter is Buffalo's Mike Stratton. (AP Photo/Jim Bourdier)

Stratton's most iconic moment as a Bill was his hit in the 1964 AFL championship game on Keith Lincoln of the Chargers.

Stratton is on the Bills Wall of Fame and was named to the 50th anniversary team. He is also a member of the Greater Buffalo Sports Hall of Fame.