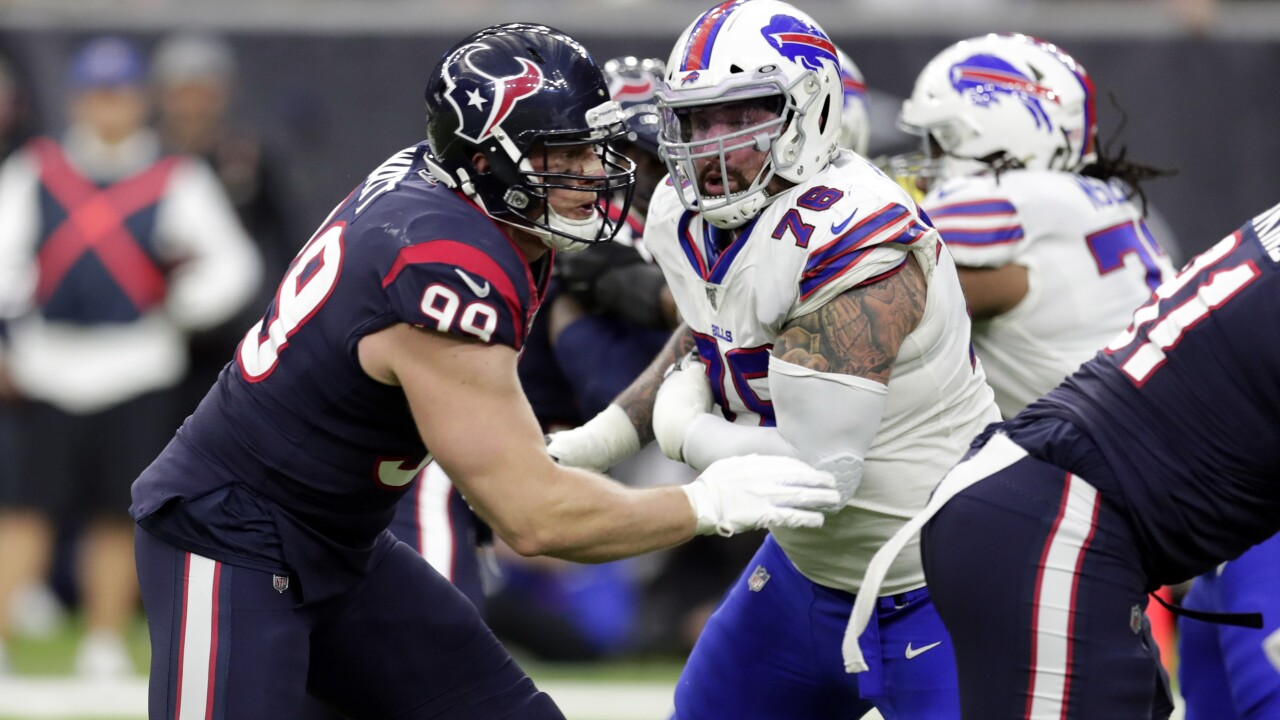 BUFFALO, N.Y. [WKBW] — After missing the first seven games of the season, the Buffalo Bills are getting back offensive guard Jon Feliciano. On Tuesday, Feliciano was activated from injured reserve after recovering from a torn pectoral muscle in the offseason.

"He's a tough guy who is a good communicator and he's smart," Bills Offensive Coordinator Brian Daboll said on Monday. "He's everything you want in a player at that position, so we'll see how that goes."

Feliciano started every game for the Bills in 2019 at right guard. Without him, the Bills have had inconsistent play from their interior offensive line so far this season. Although he's back from IR, this doesn't guarantee Feliciano will be ready to play Sunday when the Bills take on the Patriots.

The Bills also announced the team has released linebacker Deon Lacey and signed linebacker Andre Smith, after he previously spent time with the practice squad.