Beasley placed on NFI list, has upper back injury 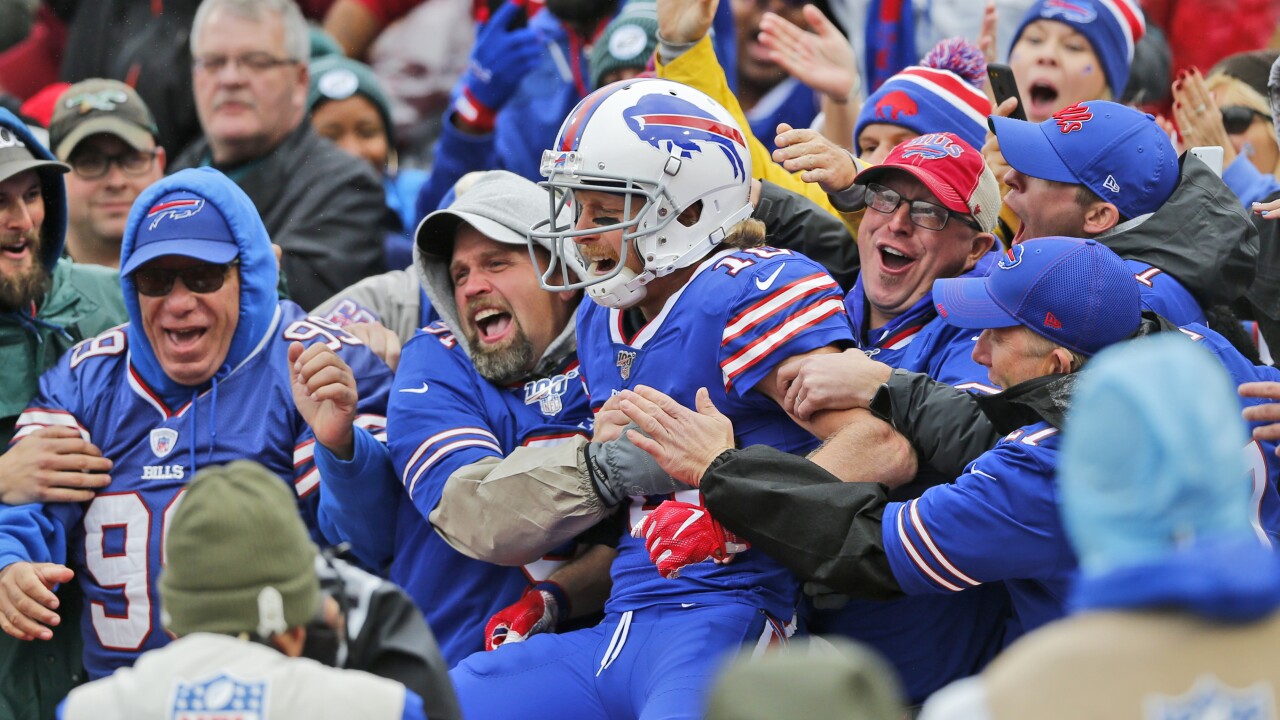 John Munson/AP
Buffalo Bills' Cole Beasley celebrates his touchdown with fans during the first half of an NFL football game against the Philadelphia Eagles, Sunday, Oct. 27, 2019, in Orchard Park, N.Y. (AP Photo/John Munson)

BUFFALO, N.Y. [WKBW] — The Bills announced Wednesday wide receiver Cole Beasley has been placed on the non football injury list with an upper back injury.

The NFI list is designated for injuries suffered away from organized team activities.

Despite the status, Beasley still is on the active roster and can be taken off the NFI list as soon as he's ready to practice.

In his first season with the Bills, Beasley caught 67 passes for 778 receiving yards and added six touchdowns.