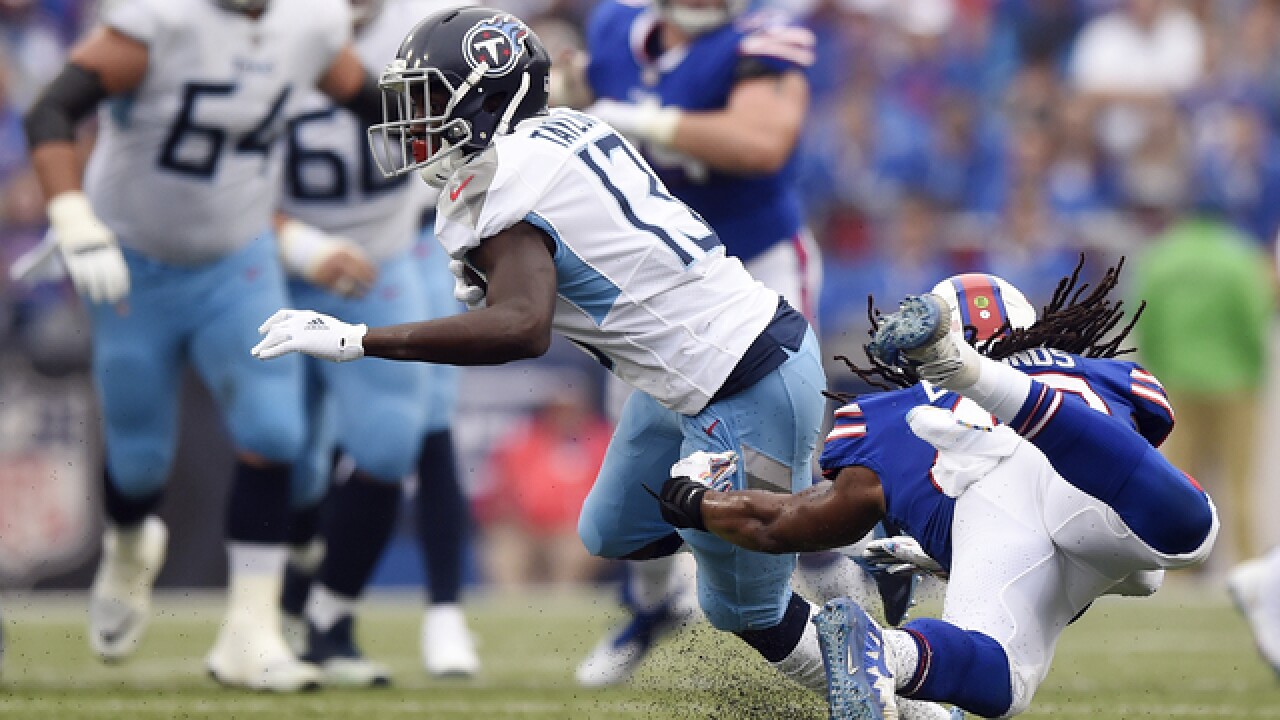 NASHVILLE, Tenn. (WKBW) — According to multiple reports, another Tennessee Titans player has tested positive for COVID-19 ahead of Sunday's game against the Buffalo Bills.

Another #Titans player has tested positive for COVID-19 and an inconclusive test from the previous day is also positive, per source.

According to WKBW's sister station in Nashville, multiple Titans players went to a private school’s football field about midday for a short workout.

According to ESPN's Dianna Russini, there is a possibility that Sunday's game gets pushed back to a later date, and next Thursday's home game against the Kansas City Chiefs gets pushed back further.

I’m told by #Titans and #Bills players they were told there is an option of playing their Sunday game on Monday or Tuesday in Nashville. If that happens, Thursday night’s game between the Chiefs at Bills would be moved to Saturday. This all just being discussed.

It's unclear if Sunday's game will be canceled, postponed, or if the Titans will have to forfeit.