7 players the Buffalo Bills should target in free agency 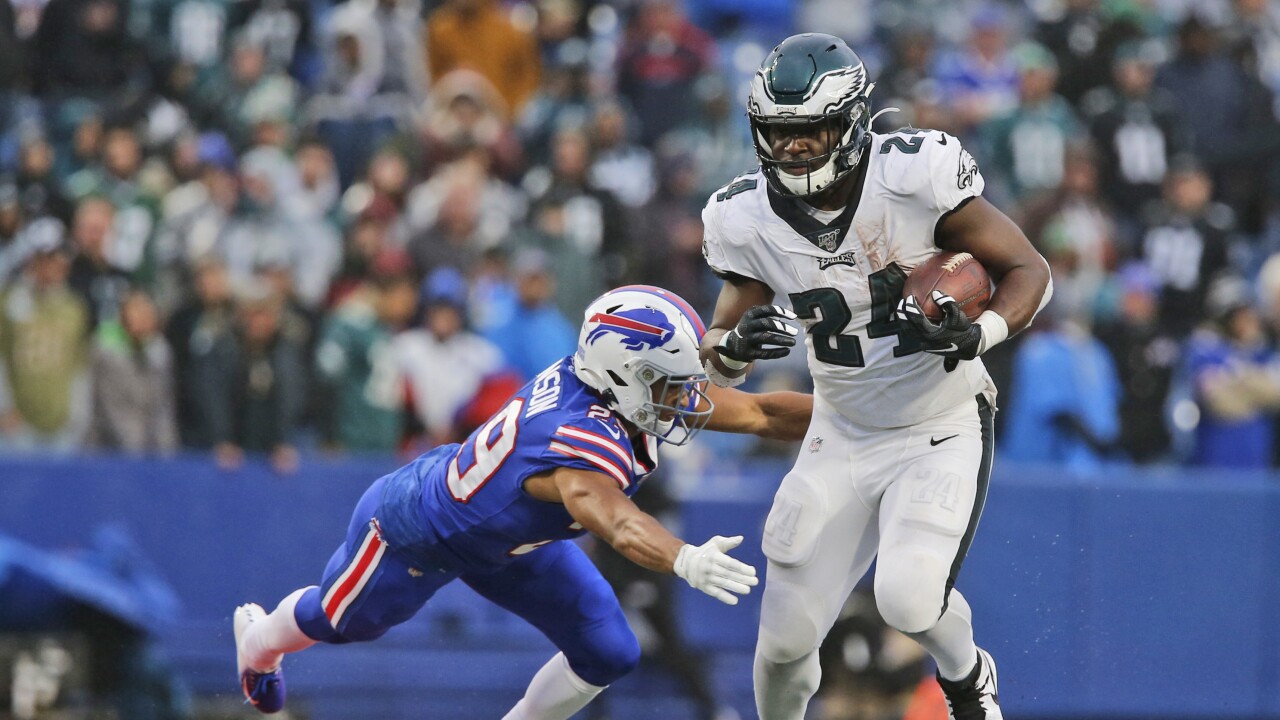 BUFFALO, N.Y. [WKBW] — With free agency around the corner, the Buffalo Bills find themselves in a great spot. General manager Brandon Beane has done an excellent job fixing the Bills salary cap woes. With more than $75M in cap space, Beane and company have a great chance to add playmakers on both sides of the ball to take the Bills to the next level.

D.J. Reader probably wasn’t a familiar name for most Bills fans until the Wild Card matchup against the Texans in January. Against the Bills, Reader had three tackles and three assists, but his impact extended far beyond the box score.

Reader created plenty of havoc up the middle and made it a tough day for Josh Allen. After a strong season, Reader is going to get a hefty raise and will likely be on the move. If the Bills let Jordan Phillips walk, which seems likely at this point, Reader could be a smart addition for the Bills because of his versatility. Reader might be a bit rich for a rotational tackle but he could be a force playing alongside Ed Oliver.

Perhaps you haven’t heard of Demarcus Robinson? Maybe it’s because he was the fourth of fifth best receiving option on a loaded Kansas City Chiefs offense. Despite Tyreek Hill, Sammy Watkins, and Travis Kelce,
Robinson managed to reel in 32 catches for 449 yards and added four touchdowns.

He would add much-needed speed to the Bills offense & could break off the top at any moment if Allen gets more consistent hitting the deep ball. While many fans are yearning for the Bills to select a WR with their first-round pick in the draft, Robinson would be a smart addition and could be a viable No. 3 wideout for the Bills next season.

After the 2019 season, I called Lawson the Bills' most improved player. So it should seem like a no brainer to bring him back next year, right? Well, it’s easier said than done.

Lawson is going to get a hefty raise after the Bills declined to pick up his fifth-year option last offseason. 2019 was far and away his best NFL season and he was perhaps the Bills best pass rusher. I have reason to believe Lawson plans to test the market and there’s a good chance someone will throw a big contract his way. Lawson would be a great signing at the right price, but coming off the year he had its hard to imagine the right price will be enough to keep Lawson in Buffalo.

Normally I wouldn’t advocate for the Bills signing a 26-year-old free agent running back. I believe you can find a good running back in the draft and it won’t cost you nearly as much. Just look at Devin Singletary last year. It appears entering his second season, Singletary will be ready to take over the starting role.

That said, adding another option in the backfield needs to be addressed. Drake was exceptional last year, averaging more than five yards a carry and scoring eight rushing touchdowns. On a two or three year deal, adding Drake to the roster could give the Bills two strong options to carry the ground game.

Like Drake, Howard would be a smart addition for the Bills to pair with Singletary. The 25-year-old is younger than the aforementioned Drake, and is used to splitting a backfield. Last season in Philadelphia, Howard had to share the workload with Miles Sanders until going down with an injury in Week 10. In Chicago, it was Howard and Tarik Cohen.

But those other running backs haven’t taken away from Howard’s success, especially between the tackles. While he’s not much of a receiving threat, he would be a great compliment to Singletary. In my opinion, he makes more sense than Drake, but they would both be smart additions.

Storytime — when Bryan Bulaga was drafted by the Packers I ran into James Starks at a local restaurant the night of the draft. I won’t tell you the name of the restaurant, but it was late at night and I had breakfast food. Nevertheless, a group of friends and I went up to Starks and asked him what he thought of the Bulaga draft pick. I don’t remember the exact words Starks used, but it was essentially that Bulaga was a beast who would make his life a lot easier. Turns out, Starks was right.

For several years, Bulaga has been an above-average tackle in the NFL. Bulaga has started every game he’s played in since his rookie season and has only missed two games since an injury-plagued 2017. Bulaga is going to get paid handsomely but it could be a smart investment for the Bills if they want to sure up the right side of the line.

Just think of solid this group looks, at least on paper:

Of course, Cody Ford makes this signing a bit less likely unless the Bills see Ford as a guard down the road. Bulaga can still play and if he doesn’t break the bank he should be considered by the Bills.

Waddle didn’t get a chance to play in a game with the Bills after signing a one-year deal in the offseason. During training camp last season, Waddle suffered a torn quad and was placed on IR. It was beyond disappointing development for someone the Bills were hoping would be a big contributor last season. So should he be brought back for another kick at the can? For sure.

Waddle should be had at a very fair price and is already familiar with the coaches and playbook. You can never have too much depth on the offensive line and Waddle would be able to step in as a swing tackle whenever needed.

Cooper is one of the most high-profile free agents on the market and is going to field plenty of interest from GMs. The 25-year-old wideout is one of the best route runners in the game and is coming off a monster season with nearly 1,200 yards and eight touchdowns. Cooper revitalized his career in Dallas and will surely be someone Jerry Jones wants to bring back. But will the Cowboys be able to afford Cooper?

Wherever he signs, Cooper is going to get a massive contract, as he should. He’s a bonafide No. 1 WR and would immediately make the Bills offense that much more dangerous. Could you imagine John Brown going up against the second-best corner on every team with Cole Beasley in the slot? It would be a huge upgrade and would make everyone on the offense better. I would be stunned if the Bills signed Cooper but it’s certainly a fun idea to think about.