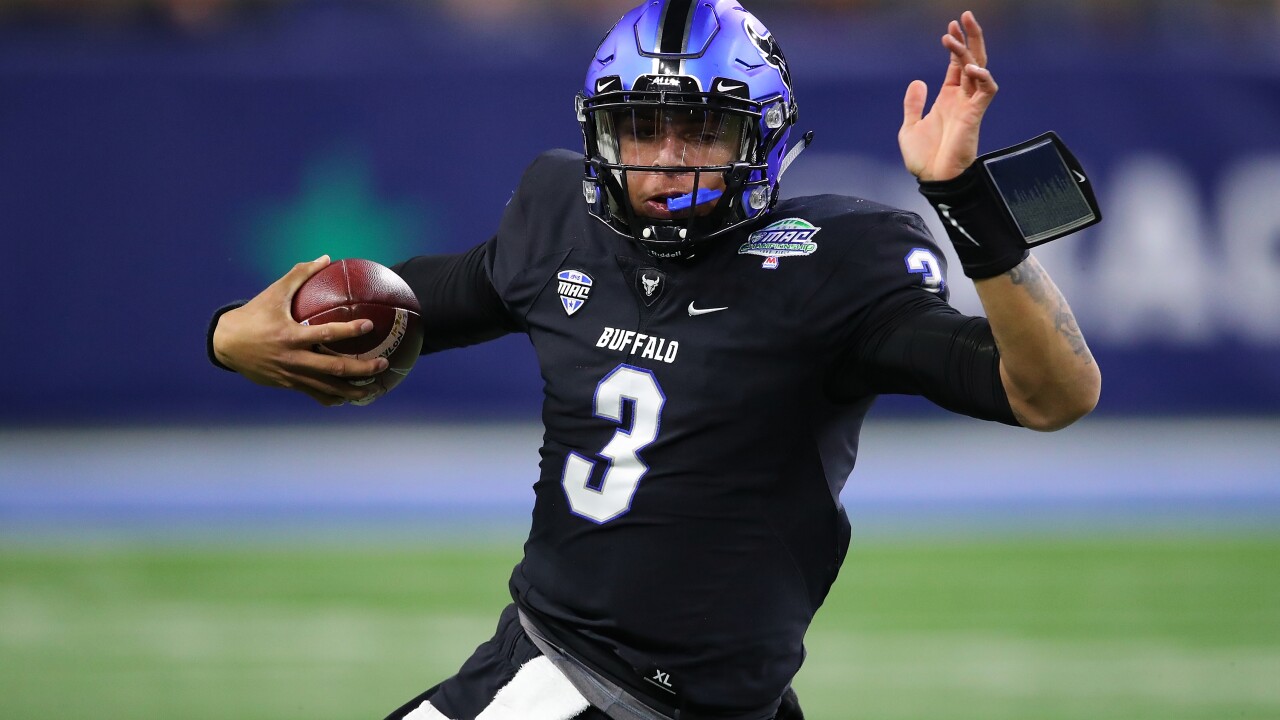 #Bills GM Brandon Beane on QB Tyree Jackson report: "It's already out there?! Man, good news travels fast." Says it's not official yet, still has to pass a physical, but they have an agreement in place.

Adam Schefter was the first to report the news following the end of the 2019 NFL Draft.

Undrafted Buffalo QB Tyree Jackson reached agreement with the Buffalo Bills on a deal that includes $75,000 guaranteed, per source.

So some of the sting of not being drafted is softened by getting to stay home and to compete for the Bills’ No. 2 QB job.

Many experts believed Jackson would be an early day-three draft pick. Instead, he went undrafted, along with all of his other teammates from UB.

As a junior, Jackson threw for 3,131 yards and 28 touchdowns, adding seven rushing touchdowns. UB finished with a program-best 10-4 record but squandered a big second-half lead in the MAC Championship game to Northern Illinois.

Throughout his three-year collegiate career with the Bulls, Jackson passed for 6,999 yards and threw for 49 touchdowns and 24 interceptions. He also rushed for nearly 800 yards and another 16 scores.

Find out what's next for other area college players who went undrafted here.