Years in the making, Hofbrauhaus Buffalo is now open for business on Scott Street 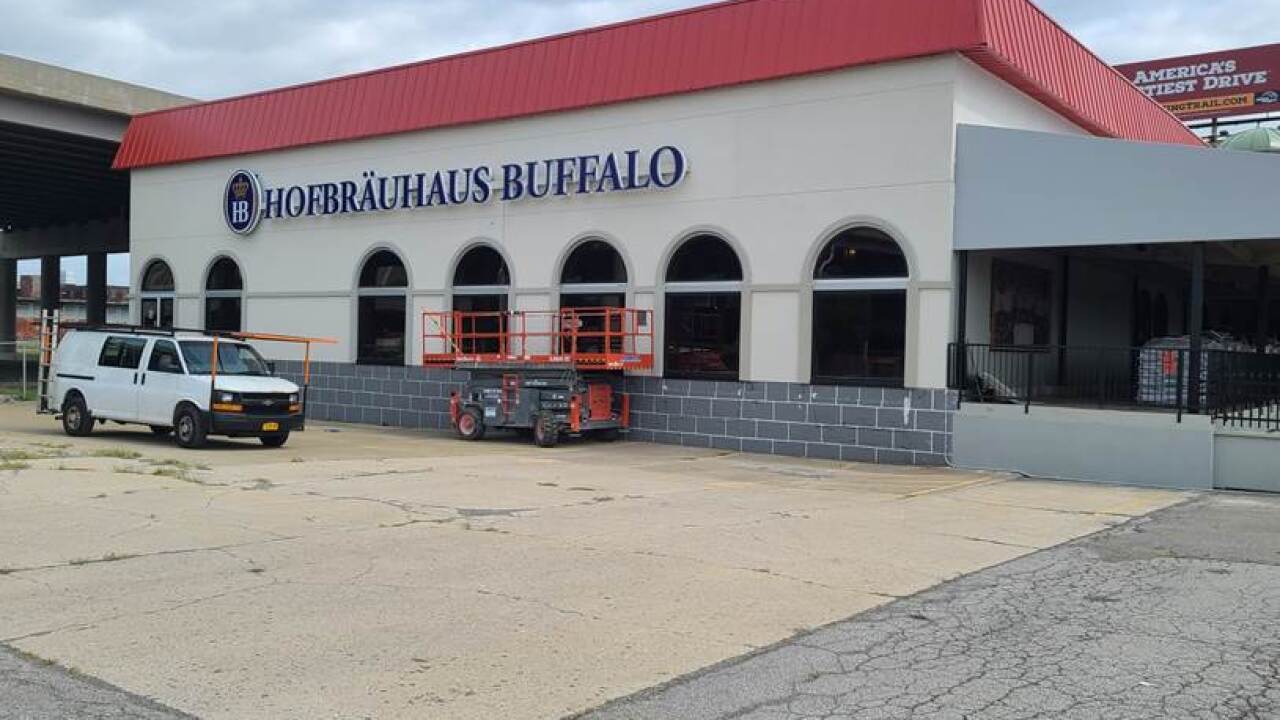 BUFFALO, N.Y. (WKBW) — After years of planning and development, including one location change and more than one delay, Hofbrauhaus Buffalo is open for business on Scott Street.

The German-style beer hall once had plans to open by Labor Day 2018. Those plans were pushed back first by a month, then longer. In May 2019, 7 Eyewitness News reported Hofbrauhaus was eyeing that August, after the endeavor landed "final financing." However, more than a year later, the business still had not opened.

Earlier this month, signage was first spotted on the Scott Street location.

Hofbrauhaus is not yet taking reservations.