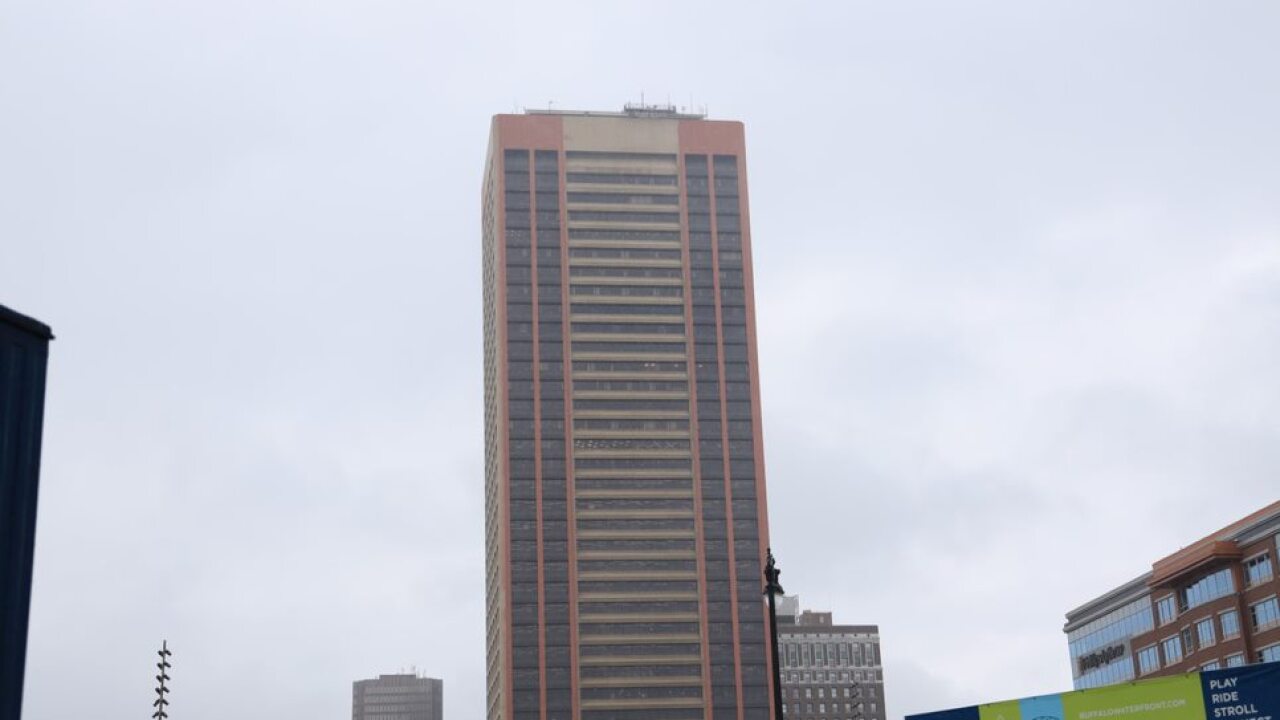 BUFFALO, N.Y. (WKBW) — It is a big week at Seneca One as Buffalo's tallest building has opened its doors to residential tenants for the first time. The first apartments inside the 38-story tower have been leased and new residents are moving in.

“For the first time in the 50-year history of the building there are residential tenants in Seneca One, and we couldn’t be more excited," said Samantha Soltis, the Residential Manager for Douglas Development in Buffalo. "It’s the first phase of many bringing the entire Seneca One property back to life."

There are a total of 115 apartments at the $150 million makeover of Seneca One being done by developer Douglas Jemal. Units range from studios to three-bedroom apartments, with prices starting at $1,200 a month. Soltis says she expects up to 20 new residents to be moved in by the end of September. Douglas Development hopes to have the residential units filled by the end of the year.

Seneca One will offer residents controlled access to the building. Among the amenities included will be a fitness center, on-site food and beverage, bicycle storage and a community lounge with WiFi.

Developer Douglas Jemal purchased Seneca One out of foreclosure in 2016 and the redevelopment of the landmark tower in Buffalo is being done by his Douglas Development Corporation based in Washington, DC.

M&T Bank is the anchor tenant of the 38-story tower. Serendipity Labs, 43North, Techstars and Odoo are also signed on as tenants at Seneca One Tower.

"What's Going on With . . ." is a WKBW series focused on WNY development. Is there a project in your community that you would like to update or get more information about? Email 7 Eyewitness News Anchor Jeff Russo at jeff.russo@wkbw.com