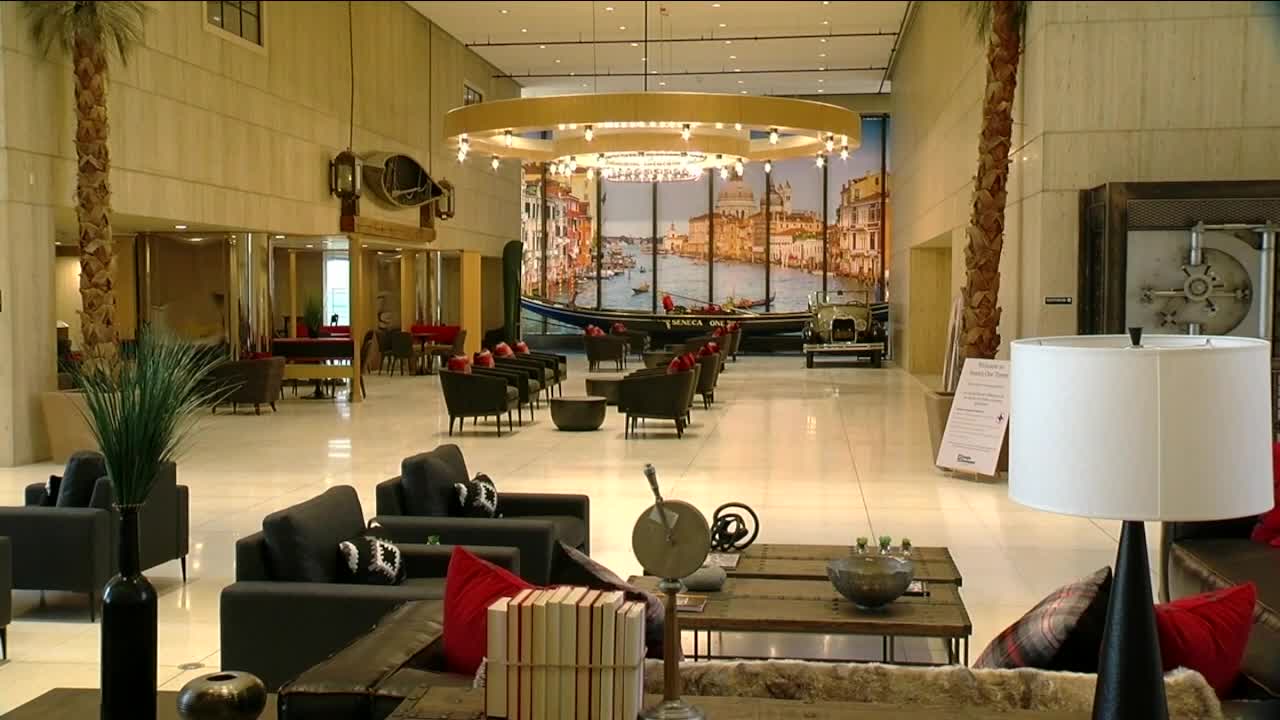 Work resumes on the Seneca One Tower 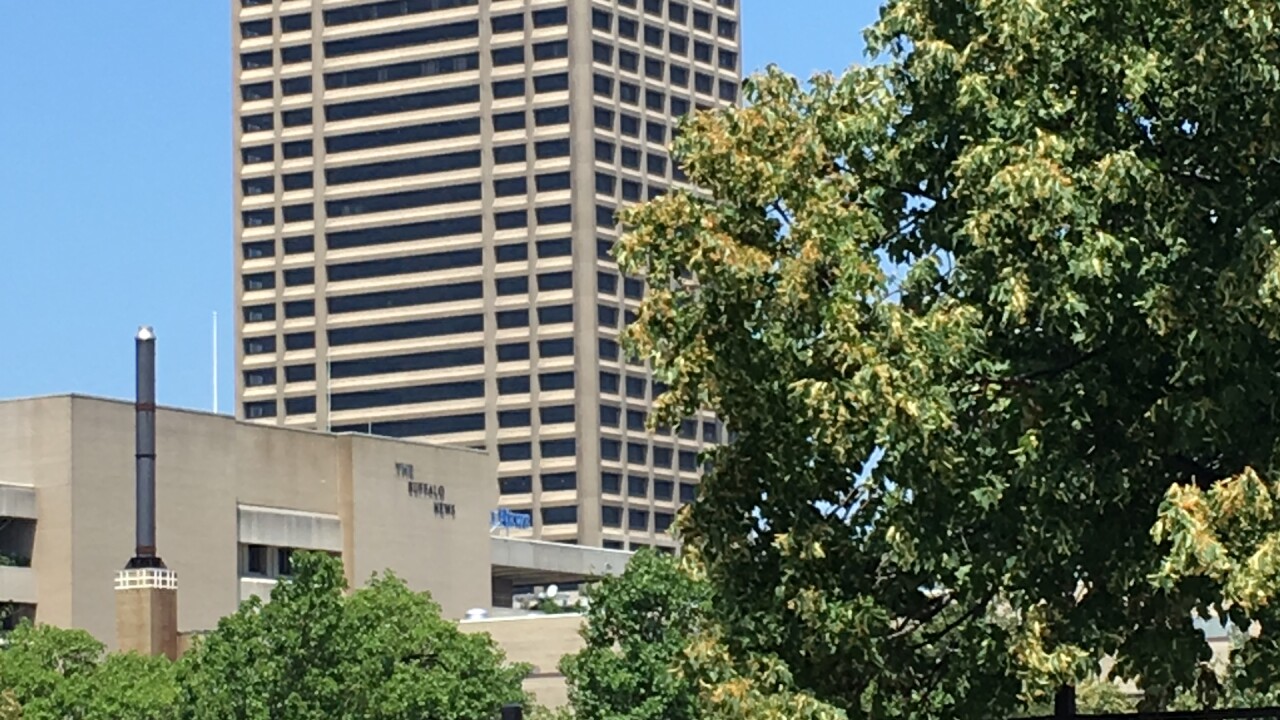 BUFFALO, N.Y. (WKBW-TV) — The Buffalo community has been anxiously awaiting the completion of work on the former HSBC Tower that is transforming it into the new "Seneca One Tower" complex. Seneca One Tower will include office space, residential living, and commercial/retail areas.

Redevelopment of the landmark tower in Buffalo is being done by Douglas Jemal and his Douglas Development Corporation based in Washington, DC.

Work that was put on hold for three months during the coronavirus pandemic has now officially resumed. "Everyone is pitching in and glad to be at work. Even I am glad to be here, even though I am wearing a mask," said Douglas Jemal.

Jemal was in Buffalo to give a special inside tour showing progress to Lt. Governor Kathy Hochul (D-NY). "Coming to a place like this telegraphs to the rest of the world that Buffalo is a world-class city," said Hochul.

Now that work is underway again, Jemal said it won't be much longer until parts of the tower will be open to the public. "We are 60 days away from live and in action," explained Jemal.

M&T Bank is a major tenant in the building and is working with Jemal to create a new Tech Hub for an estimated 1,500 employees. Originally, the Tech Hub was scheduled to open in June or July, but the virus-related delays have pushed the project back until the fall.

Plans for the Tech Hub were created before the pandemic and featured an innovative open-workspace where employees could easily collaborate on projects while having a great view of the city.

Since the virus hit, those plans are being adjusted in regards to employee scheduling, density and capacity to ensure worker safety.

M&T Bank and Douglas Development shared the following information about the current state of work on the Seneca One Tower:

Components of the project currently underway: