Miss the Amherst bear? Now you can show the world. 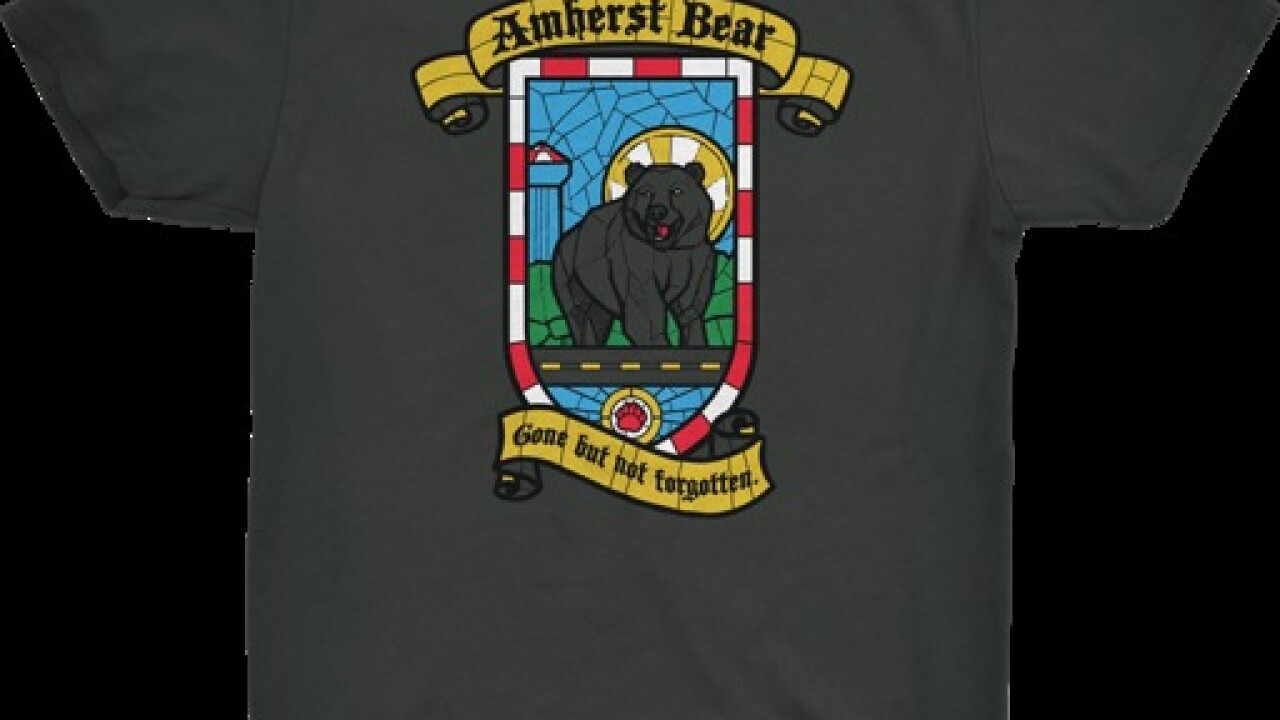 The late Amherst bear is now immortalized on a t-shirt.

26shirts.com tweeted a picture of the shirt Wednesday afternoon after receiving many requests for the company to create a t-shirt in honor of the bear.

By popular demand… (No, really— a LOT of people asked.) Our tribute to @TheAmherstBear: https://t.co/9gFxkk4HJW pic.twitter.com/H7CkVdNu2B

The t-shirt features an image of a black bear in a stained-glass style window. The bear has a halo and is standing on the road in front of the blue water tower. A script reads, "Amherst bear, gone but not forgotten."

Eight percent of proceeds from t-shirt sales will go to Tifft Nature Preserve.

Amherst Police euthanized the bear Monday evening after they could not get it to move out of the densely populated neighborhood near Renaissance Drive and Covent Garden Lane in Williamsville. Police believe the bear was not able to move a long distance due to an injured leg it sustained when it was hit by a car on the 990 two weeks ago.